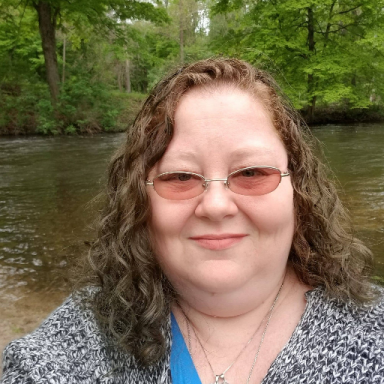 Despite what some seem to think, I’m perfectly content being a single woman.

It happens most often around Valentine’s Day or one of the other big holidays, but it also happens on average, random days. The sympathetic looks of pity when I say I’m single, the offers of the “great guy that would be perfect for me” that a friend can set me up with. The insinuation, intentional or not, that there’s something wrong with being single.

It’s happened a lot the last couple of months as people have been home more and those who are partnered up think it must be so lonely to be single. They apparently don’t remember that I’m a single mom with two kids at home—if I’m not in a relationship, I must be lonely and unhappy.

But I’m actually quite content with my life as it is. I work as a writer and meditation teacher, which I love. I get to spend tons of quality time with my kids. I have time to catch up with friends. I have time for my hobbies and interests and for online classes. I get to pick what I watch and I never have to watch sports if I don’t want to (and trust me, I don’t).

Would a relationship add to all that? Maybe. But it’s optional, and right now, I’m not opting for it.

I had years of bad choices

My first official chaperoned date was when I was 12. We went roller skating and it was very sweet and innocent. Several years later, he came out, which actually made a lot of sense once I had more life experience. We weren’t even friends anymore by then, as he’d moved to another state, but a couple of mutual friends told me.

My next real date, unchaperoned this time, was when I was 15. He was kind of a jerk, and not being able to see that set me up for two and a half decades of poor choices when it came to men.

Don’t get me wrong. I’ve got some really nice ex-boyfriends who are truly good guys. Those relationships ended on good terms, and they were generally good relationships. They usually ended because the things we wanted were different enough that we couldn’t find a compromise.

I’m even still friends with a couple of those guys.

But if you put my good relationships on one side of a scale, and the bad ones on the other, the bad side of the scale would definitely dip lower. A lot lower.

For a long time, I blamed the guys I dated (and the one I married). It was all their fault. They were abusive, narcissistic, unfaithful. It was all on them that our relationships were bad.

It wasn’t untrue, but it also wasn’t entirely true.

Then came the rock bottom relationship

We met on a dating site in 2009, and after a couple of weeks of talking, I ruled him out as a potential date because he couldn’t understand that I had kids and couldn’t be available with no notice. But we agreed to stay friends, which we did for the next several years.

When he finally let me know he was still interested in me, and I gave in and agreed to a date, he swept me off my feet. He was such a nice guy, kind and compassionate and generous and gentle.

What I didn’t know was that he was coming across that way because he understood that was what I wanted. He’d spent the years we were “friends” to read what I posted on social media, to talk to me as my “friend” and hear me say what I really wanted, so he could be that when the time was right.

I spent two years dating him. Two years alternating between trying to break up with him because something inside me knew he didn’t really want the same thing I did and begging him to live up to the promises he kept making – and breaking.

When the relationship ended, it was catastrophic. I learned that everything—every last thing with no exceptions—had been a lie.

He was seeing at least 10 other women behind my back.

The two cars he drove belonged to his parents.

The banking job he claimed to have was really stocking shelves overnight at Wal-Mart.

In addition to the daughter he’d told me about, there were between 1-5 other kids he didn’t tell me about.

He never loved me.

He was a narcissist, and he knew that if he mirrored me, I would fall in love with him and he could use me until there was nothing left to use before discarding me.

The discard never came though, because one of the other women reached out to me. And once the idea was presented, I couldn’t deny it. So I went looking for evidence, found a social media photo of him with another woman, and ended it before he could.

Upon ending it, the weight that was lifted off me was incredible. But with that came the questions that I couldn’t avoid answering.

And how could I make sure it never happened again?

Self-love came from the lack of love

Interestingly, a situation that should have destroyed my confidence, made me feel like crap and question my worth, didn’t do that. Instead, it opened my eyes.

When he was manipulating me, he would tell me all the great things about me that he “loved.” All the qualities I had that he wanted. And instead of questioning the truth of his claims, I realized that he was right.

He was an asshole who was using me because he didn’t have any of those things himself, but he was right that I did have them. And they were all the reasons why I should love myself.

I am an amazing mom. I am a loving woman. I am giving. I am compassionate. I have talents and skills and creativity.

I’m hopeful and I dream big. I’m honest. I have big feelings and sometimes they overwhelm me.

And all of that is okay. All of that is a reason to love myself. It’s all stuff I will share with the right man when he comes along.

But I’m not looking for him.

My worth doesn’t come from a relationship

While I’m not opposed to a relationship when, or if, the right man appears, I honestly don’t care if it never happens again.

I haven’t given up on relationships. I haven’t been so beaten and broken by bad relationships that I’m scared of them. This isn’t the “I don’t care” of a woman who is trying to pretend I don’t care.

I need to get as much as I give

I am a woman who has given and given and given, only to have everything I’ve given be taken and have the taker ask for more. I won’t keep giving without getting something in return. I won’t settle for another taker.

I need someone who will step up and show me he can meet me where I am, give as good as he gets, and love me the way I’ll love him.

Anything less and I won’t get into a relationship.

And I’m pretty sure that man is out there. But I don’t think I’m going to find him if I’m in a mad scramble to have a date when a big holiday approaches. Maybe he is a really great guy that a friend knows, but I don’t think we’ll find each other in a blind date set up by a friend who feels obligated to help me find love.

He’s probably out there. And when the time is right, and we’re both ready, we’ll find each other.

We’ll find each other as we both look at the same book in a bookstore or the library. We’ll meet when we both go to the same park to meditate. We’ll cross paths when neither one of us is looking, not even thinking about relationships or meeting someone. Because you can’t force love.

And if we don’t? That’s okay, too. Because there is no hole in my life that’s shaped like him. There’s no void to be filled. There’s room for me to shift things around and create space for him if he arrives, and if he doesn’t, I’ve still got everything I need in life.

So the next time you see me, don’t offer to set me up. Don’t give me a look of pity. Don’t assume that since I’m single, I’m unhappy.

Instead, ask me how my writing is going. Ask me how my kids are doing. Ask me when my next meditation class is because you want to come and learn from me. Ask me what book I’m reading, or what series I’m binging on Netflix right now (It’s Grace and Frankie, by the way). Ask me what kind of photos I’ve taken lately in my photography hobby.

Because the truth is, I’m happy to be single. If you question the truth of that, maybe you should do some soul-searching of your own to find out why. Because I couldn’t mean it more.