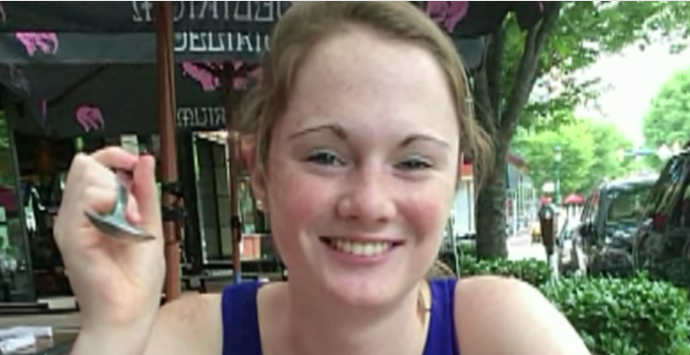 I’d like to preface this by stating that my intention is to not blame UVA or any college for the situation surrounding Hannah Graham’s disappearance. I do, however, believe something needs to change for the sake of preventing a situation like this from happening again.

Today, October 13, 2014, marks one month since Hannah Graham, a sophomore at the University of Virginia (UVA) disappeared following an off-campus party. Hannah, who was intoxicated, somehow separated from her friends and has not been seen since. A suspect has been apprehended, but she is still missing.

One may ask, how does this correlate to the disappearance of Hannah? It’s simple. Colleges are encouraging students to go off campus to party and engage in illegal activities such as underage drinking. Although never explicitly said, all one has to do is look at any college’s student code of conduct. In the past week, I have analyzed about a dozen of college’s disciplinary action for when a student violates its alcohol policy, such as drinking in university residences. All of the schools that I looked into, including UVA, involves getting a notice on a student’s judicial record stating they violated that school’s Student Code of Conduct. Other schools fine their students if they’re caught violating the drug and alcohol policy.

Many students don’t drink on university residences (such as dorms) because they think it’s fun. Where is the fun in having 10 people cramped in a 15’ by 15’ room just sitting around? Some students choose to drink in the dorms instead of going out to unknown neighborhoods for parties because of safety. If something were to happen in an unfamiliar area with unfamiliar people, how do you get home? If you’re in a dorm, you’re surrounded by less people and are technically already home.

However, students leave the dorms to avoid getting caught by their Residence Hall Assistances for having consumed alcohol to avoid sanctions on their judicial records or having their parents contacted. What risk does this impose? To avoid getting in trouble, students are putting themselves at risk by leaving what they know and putting themselves in an opportunity where they can’t make it back home, or worse, fall into the wrong hands.

You might ask me, “Isn’t it the student’s responsibility, not the college’s to be smart and make the right decisions?” or “Underage students shouldn’t be drinking in the first place. Why should a college be responsible?” The answer is simple. In today’s generation, kids are going to drink. And they’re going to be stupid and drink a lot.

My mom always told me, “If you’re going to be stupid, at least be safe and stupid.” Colleges who punish their students for being safe are the reason why students like Hannah get abducted. To avoid getting fined, sanctioned, put on probation, or worse, students like Hannah put themselves at risk every weekend.

Not all colleges punish their students, however. Some colleges have wonderful programs where they emphasize that they would rather students stay on campus than leave. Others have programs where if you feel you’ve had too much, they’ll help you get home and won’t discipline you. More colleges need to adapt to the changing society. Kids will drink and will always find a way to drink.

I’m not saying colleges should encourage partying and underage drinking. What I am saying is that colleges need to help their students by encouraging them to make smart decisions and allowing them to by not implementing the fear of getting in trouble.

Imagine how this situation involving Hannah Graham would be different had she stayed on campus because partying wasn’t considered a serious offense. Would her parents be crying themselves to sleep every night? Would she be enjoying the last day of her fall break? Would I even know her name?

Colleges need to stop punishing their students. I understand drinking under the age of 21 is against the law, but it’s going to happen anyways. Discipline students for not being responsible and doing things such as getting so wasted they have to go to the hospital. When that happens, make them pay the ambulance fees. Notify their parents (a college student’s worse fear is having their parents knowing what shenanigans they’re up to). Whatever it is, do not punish students for being responsible and give them opportunities to be at least safe while being stupid.

Hannah isn’t the first person to have disappeared after a night out while in college. If things don’t change and colleges don’t begin to realize their rationale is putting students at risk of dying, Hannah won’t be the last.

Be smart kids. And if you’re getting in trouble for being smart, at least you know you did the right thing by being safe.

What They Don’t Tell You After You Graduate College

On Holding On To The Best Moments Of College Life