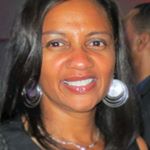 The first six months after my divorce was the hardest. Me, trying to make sense of it all, looking at all the moving parts and analyzing its demise. My world, a barren land. It all fell apart, and there was nowhere in particular that I belonged. I drifted for a long time without clear intention or destination. I am caught somewhere in the balance, dangling.

Divorce was new, but somehow, I felt like I was still married. I confided in one of my married girlfriends that I went on a date and was freaked out. I felt so uncomfortable that you would have thought I was on an undercover stakeout. It felt like cheating. She said two words that made me feel uneasy: wife juice.

She burst out laughing and said, “Girl, you need to shake that wife juice off. And honey, you’re swimming in it!”

So, she broke it down for me. She said, “It’s the remnants of your marriage that you can’t shake off. You’ve been a wife for so long that you still carry yourself like you’re married.”

“Exactly,” she said. “You’re single, and you’re still carrying baggage from your marriage. You have to learn to let it go so you can enjoy where you are right now.”

How does a divorced woman carry herself? Shit, I don’t know. Did I, at this point, want to tell her that I had been purchasing my ex-husband’s favorite foods at the grocery stores? That most days, you’d find me on autopilot and driving past our old house? Did I want her to know that I still attended the same church? Probably not.

I had no idea how to get rid of the wife juice, but at least I was aware of it. From this point on, I learned how to recognize it. I’ll get caught up in an old song that brings back memories—wife juice. I am about to dial that old familiar number—wife juice. Once acknowledged, I can move past it.

I have always been a late bloomer, so it took me about three years to rid myself of the drip. Unintentional and ill-advised, I would latch onto every date like they were the last supper. After all, they were all potential husband material, right? See, this wife juice was messing up my dating life too.

Then one day, it hit me, and it finally made sense. As children, girls are usually groomed to marry and raise a family. So, we buy into the fairy tales—Cinderella, Snow White, and Rapunzel. Marriage is validation for many. Someone chose us out of everybody else. Wow, that’s a big deal! Who wants to be the only kid on the playground that doesn’t get picked for the dodgeball team. When we are asked for our hand in marriage, it makes us feel worthy. Union serves to confirm our existence—an unspoken rule of sorts. Marriage is self-esteem to a woman’s soul. I realized that my identity had been tied up in being a wife, and I lost myself. My mind was still pretending.

Had my value dropped? Did the stock market crash now that I was S-I-N-G-L-E? Then I heard a tiny voice deep down in my spirit instructing me on how to get rid of the wife juice. Start by acknowledging your worth. Marriage does not define who you are. You have to get back to the basics: Y-O-U. Take your power back! Be okay with being single.

Like a flash of lightning, I was hit over the head by this thought: Hey, you are single and free. You can do whatever the hell you want to do. You never have to grocery shop or cook again unless it’s for you. You can dine with whomever you wish, and the first person should be YOU. You are your person. You come first. It’s time to love yourself and make sure that all your needs are met. Yes, it’s time to make yourself a priority, and if you don’t know how, well, now is the time to learn.

I’m not going to lie and say that all the wife juice is gone. Sometimes there’s an occasional spill. But I can say that I am enjoying my life again as well as my own company. I’m headed in the right direction.

I am suddenly single and looking for my happy place