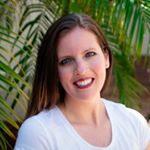 As a child, in my eyes, my parents could do no wrong. They were my foundation by which I learned how to be treated. I was born, as are all children, with the hardwired need to believe my parents’ intentions and actions are of pure and loving motives. But what if they weren’t?

When a parent, the primary caregiver and source of emotional growth, targets their child, the damage cuts deep into adulthood. That’s where the inherent danger of gaslighting lies.

Gaslighting is a term used to describe a particularly sinister form of emotional and psychological abuse. The gaslighter uses manipulative behaviors to control the victim, such as:

“You are such an idiot. You can’t even pass that quiz.”

2. Lying or making exaggerated claims to boost the gaslighter’s ego.

“When I played soccer, I won state. Your team didn’t even make regionals this season.”

3. Projecting a perfect outward appearance, even if it’s at the expense of the victim.

“My daughter ran into the mailbox and dented the car, not me!”

“I think Laura at school doesn’t really like you and is probably just using you. You don’t need her, you have me.”

5. Outwardly using confusion to divert blame or making you doubt what you saw with your own eyes.

“I absolutely did not call Bobby from your phone. You’re nuts!”

These tactics kept me spinning. I second-guessed everything. Did I hear that wrong? Why can’t I do anything right? Was I crazy? The evidence, from my point of view as a child, was pretty damning in my parents’ favor.

My checks and balances were all off. I had no way of knowing what was emotional abuse when I was raised in it. Being manipulated as a child is so particularly cruel because I was a captive, innocent audience. I had no reference or ability to escape even if I did.

The channels by which a gaslighter uses to maneuver their way to power are corrosive in any adult relationship, but this abuse from a parent possesses a danger that goes largely unseen.

It wasn’t until I was an adult that I discovered how entangled in dysfunction gaslighting left me. The realization that my perception of myself, others and the world in general were all askew from reality. That maybe, just maybe, I wasn’t “crazy.” The idea I had merely been a pawn to my own parents at the expense of our relationship was devastating.

As an adult healing from childhood gaslighting, I struggled with and have worked hard to repair these five things:

When my primary source of safety and support manipulated and crafted an alternate reality, it was almost impossible to trust in them or anyone else. The foundation of development is trust. Growing and adapting to life in an environment where I was given every reason to mistrust my parents caused immeasurable damage. Learning to trust again is a bridge that has to be rebuilt brick by brick.

When I was told from a very young age that any and all circumstances that go awry must be my fault, the end result was unshakeable guilt. The burden of responsibility for things out of my control or that never happened in the first place became a shackle weighing me down. Realizing now that I don’t need to apologize for anything and everything has taken some getting used to.

Developing in an environment where I was repeatedly demeaned or taunted, it was pretty impossible to gain a true sense of self. As I attempted to mature, figuring out my own identity was a struggle when my parents were metaphorically holding a bag over my head while they spun me around as fast as they could. The reflection I saw in the mirror was the creation of my parents, not the reflection of reality. Questioning self-worth and identity are the byproducts of the murkiness this kind of manipulation left in its wake.

Fearing the next move of an impulsive person instills hypervigilance. That hypervigilance served its protective purpose around my parents, but entering into the real world, it becomes unnecessary paranoia. The idea that I no longer need to be steps ahead of those around me will take time to become my normal.

Humans are born with innocent eyes and the belief that their parents are the measure by which they should be treated. When that belief was misused, it was natural for me to lean inward and assign fault in myself instead of outward where it actually belonged. Reliving this experience over and over, as with the Machiavellian-style tactics my parents used to hold power, fostered a bottomless sense of hopelessness. “I can’t do anything right” became a narrative I had to break in order to move forward in my healing.

The impact that my parents’ gaslighting had on my life was far-reaching. It gave way to long-lasting consequences. The effects that this destructive and abusive dynamic placed on my adult life have taken me years to unpack in therapy. I finally have a vantage point to see their actions for what it truly was: abuse.

I have a dog rescue for senior dachshunds.