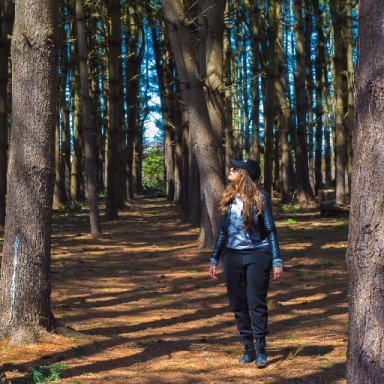 There was once a girl who used to be happy about everything in life. There was no one that could bring her down because she knew that she loved herself and those around her. That made her feel alive and unstoppable. It was the feeling of being on top of the world. No one could alter her mood because she was comfortable with who she was. She had a golden light that could brighten anyone’s day.

But then, as she grew up, things started to change. People became more deceitful and selfish (or were they always that way and she was too caught up in her own world to realize?). It started with people becoming too judgmental; then she started to question things about herself. Would they judge me if I wore my hair like this? If I wear too much makeup? Are my clothes too tight? It started to turn her golden soul a little dark.

As time went on, it was becoming more noticeable the darkness was taking over the light. It didn’t make her bitter, but it was making her a bit sad. That happy girl she once was was now buried deep within. The question now was: How do you go back to that girl who was once happy? What would it take to go back to that side of her?

The truth is, she realized that for her to go back to her light, she had to go through the dark. Darkness and light go together like twin flames, and you cannot have one without the other. Everything is a balance, and that was where she knew she had to start. She went through the darkest of times to find parts of her that were tainted from those moments when she was younger. The people who were too judgmental or the boy that didn’t love her left scars through her. They all impacted her in a way that she started to put a wall around those areas so no one would come in and hurt her again. She didn’t realize that because she was putting up these walls, she was becoming lonely. She was creating another darkness behind the high walls she built around herself. They were high enough to block out the light again. And because no one was really coming in, the light was only shining through cracks in the walls that were about to collapse.

The scariest thing for her was to break the walls down herself. It was the only way to let herself be happy and to let the light in once more. But it would take time, time that would heal wounds that would sting a little once they were touched again. But it would help her to understand why those scars were put there in the first place and how to prevent that from happening in the future. She’s slowly remembering the times when she was happy as a child and she can feel herself becoming that girl again. The cage that little girl resides in is starting to open. She lets her younger self roam around to spread the light within her. At times, the darkness takes over and the little girl gets scared, but then she tells her that they need to be brave enough to get through the darkness together.

When she holds her younger self’s hand through the darkness, she realizes the young girl’s light is so bright that it shines through the darkness, brightening the path that was never illuminated before. It reminds her that she always had the light within her to get through any darkness that came her way. This time gave her hope that no matter how dark the path or life became, she would be able to face it head on with a light so bright it would shine to those who couldn’t see through the darkness.

A girl learing how to use her light to brighten those around her.