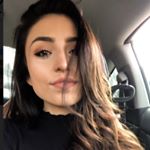 You moved out of the place that you’ve called home for some time. This phase of your life is no longer serving you. You want more for yourself. So, you closed that door. You’ve grown, you’ve seen new things, and you’ve learned. You’ve begun exploring the new path you’re on. You’re learning things about yourself you’ve never known before.

But now, you feel unsettled again. This uncomfortable, new phase of life has you questioning about turning back to that old home. Questioning if you should open that door, just one more time. But why? To open the door of a place you’ve already seen? Something you’ve already known?

Why, when there’s so much ahead of you?

Why, when the road ahead of you is unknown?

Is it the fear of the unknown that makes you question it?

See, that’s just the thing. You know what to expect.

You’ve lived in that house before. You moved out for a reason. You closed the door, and you’ve started walking. So keep walking forward up that road of the unknown. Keep moving, keep opening new doors and being surprised with what you’ll find. Even when it’s scary because you don’t know what to expect when you open it.

Keep opening doors because the further you walk down the street, the brighter it is. The prettier the flowers, and the fresher the air smells. Don’t turn around. Don’t make more work for yourself by turning around to go down the path you’ve already left behind. It’s already dead. The plants and flowers need to be watered there, and it’s more work for you.

The path ahead of you is ready. And it’s waiting.

figuring it out by writing it out