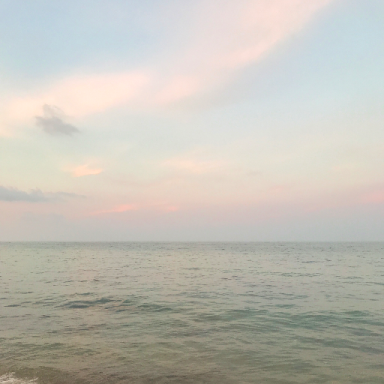 I like good stories, in fact, I think I’ve done way too many things just for the story.

But not you, you weren’t meant to only be a chapter, I wanted you to be my book, the book, the title, the theme and the core of my story. I know a book has an ending, sometimes depending on the author the endings are not really resolved. Like us.

I keep thinking of how my reality blinded me, I got blinded by being in love with every particle of my protagonist and totally forgot how this character has an infinite universe of realities that I would never be allowed to know.

“Maybe you were happy but I was not” I keep thinking about this phrase you said, about how many times I should have known this, about my character. How could I have missed that, but also how was I supposed to know? I never heard of this until the reaping.

This book got a short end, all those chapters will go unwritten now, not fair for those who were hopeful to know there would be more to the story, not fair that this author didn’t get a say as to how this ended, not fair that there was no warning as to how my unfinished book was going to get burned and turned into ashes so sudden, when I was getting praised and loved hours before as to how I was writing this story.

I worry I’ll forget what was already written, that all of those written pages will lose details that were so important to tell this story. I’m already beginning to forget small things, like how exactly would that character react to something as little as a particular song.

I worry that you will also forget what was written until now, I also worry that the good sides of the story will be forgotten and that the conflicts will surpass them, the lack of flowers will overpower the shadows you focused on so much.

This frustrated author didn’t even get a chance at trying to have a solution to the conflict. Abrupt. It was abrupt.

I’m trying not to lose focus as to what was the theme of our story, I think it was about how deeply we cared for each other or was it about how I thought we were inseparable? or maybe the core of the story was us overcoming every single obstacle with a smile and how we would proudly tell the anecdotes of how we overcame that together, how others would look at us and wonder how we did it.

How we would hold the secret of being thankful every day for having each other by our side and how we would be proud of belonging to each other.

I knew the conflicts of the story wouldn’t be easy but isn’t that the most thrilling part of the book? Isn’t it when you have the contrast of dark emotions that you enjoy the bright feelings of the resolution?

Only we didn’t make it past it, not by my own choice.

I hate that I have lost hope, but I can only protect myself now. Now that I don’t have you to protect me, I know this book will continue one day.

I am not sure why this is getting the direction it is getting. I don’t think the plot of this story will ever understand how my wrists are so sore of being tied up, how my throat is clogged and my chest is hurting from the emptiness.

I actually never acknowledged my chest was filled until it emptied out within the curse of 10 seconds. Maybe I’ll have to write about that, but it won’t be a successful story. It will just be a solo monologue of a reaped draft.

I keep getting “reassurances” from all types of sources but I would also like to call them “lies” and not white lies but weird color lies telling me how time is supposed to fill that space up, but I know they are wrong.

I was already living with other empty spots, now there are more.

I do it for the story.