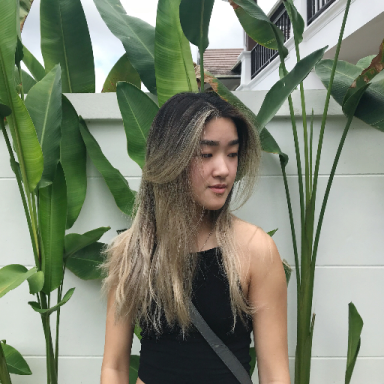 I spent six years learning to be the perfect, proper young woman I was told I would always grow up to become. The desire to conform never wavered.

I came into the school a 15-year-old girl who was instantly mesmerised by the way the girls would shout across the aisles on the school bus. Everyone crowded into dining halls during lunch break and whispered and giggled. Everyone had known each other since primary school. I was determined to be part of it.

It came easy to me, just as university life came easy to me. Years went by, and I assimilated so well some of them never believed I had ever been new. I adopted their ways—going to the washroom in groups, smiling at people I hated. We didn’t have to care about things co-eds worried about—we yelled across hallways for tampons and pads, changed in classrooms, giggling when male teachers walked in on us.

But high school never taught me much of the way of life. Sure, it was every woman for herself, but we were always reminded that we were women.

And I responded so well, too! Teachers liked me, and I did as I was told. So I worked my way up: student body executive in ninth grade, prefect in tenth grade, and eventually, Head Girl in eleventh grade. All for good reason—I spoke good English, smiled for authority, and exhibited all the signs of the “colonised intellectual.”

For a year I tiptoed inside school halls and made speeches for the school board. I sang along to school anthems and led assemblies.

I remember being unhappy and stressed one day and was told to “act enthusiastic, everyone is watching.” One day, I posted a picture of myself in a tank top and was pulled from class, only to be told to take it down. I was 16 years old and weighed 96 pounds—I barely had a chest to speak of.

The school dress code prohibited anything shorter than knee length, no matter how sweltering it got outside. Even after graduation, on a hot summer’s day, I wore jeans to visit a school that I no longer attended.

Four years later, in a foreign city, I became aware of who I was and what I stood for. I spent some time erasing the false connections between my dignity and how I showed my body. Fifteen-year-olds are not sexy, and cannot be. Bangs do not make you untidy or a bad person. Makeup is not the mask behind which insecure people hide. Intimacy does not make you slut. In fact, if it does, it is not a bad thing.

And just because your bare legs are exposed does not mean you are at fault for society’s sins.

Some things you engrain into 15-year-old girls are toxic and predispose them to self-destruction. Some things stay with them for life.

I am the Taylor Swift of poets, I will 100% write a poem about you.