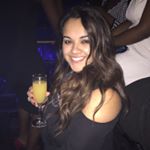 The funny thing about cultural whiplash is that you don’t realize you have it until one day, your proverbial “neck” stops aching. You continue to live with this perpetual state of straddling two different cultures your whole life until one day, your legs stop hurting.

What do I mean by cultural whiplash? To me, it means many things. It’s being born in one country but raised in another, raised with beliefs and values in your household that are in stark contrast to those of your outside world, and realizing that your perception of the outside world is shaped by your own cultural fluidity.

The self-actualization that comes with growing up as a cultural chameleon did not occur until my late-twenties. Being born in India and having emigrated to the United States as a young child, I did most of my schooling in New Jersey. I was fortunate enough to live in a community that valued and supported diversity.

Well, for the most part.

The year was 2002. 8-year old me was sitting in the school cafeteria eating my lunch, obliviously unaware that the girls around me had all started to slowly move away. When I looked up to see what everyone else was seeing, the head girl — leader of the girl pack — turned to me and said “Don’t talk to us. Indian spit.”

What I felt but didn’t have the depth of understanding to realize was deep, inexplicable humiliation. Was there something in my Indian-ness that caused my saliva to be different from everyone else’s? Perhaps if I didn’t open my mouth, nobody would know that I was different.

I carefully put away my lunch, as if not to take up any more space and walked away.

This incident remains with me after two decades. I can’t help but wonder , what would I have said to my younger self in that moment if I had the chance?

Perhaps I would have tried to provide philosophical solace and told myself that situations such as these do not reflect my lack of belonging, but rather their depth of exclusion.

Or maybe I would have gone a more prophetic route and said that there will always be people to make you acutely aware of your differences but one day you will thank them, because you will realize being different is one of your greatest strengths.

As I get older, I reflect back on this incident with an overtly racist peer and realize that it was actually not the defining episode in understanding my relationship with being Indian in America. What I realized later had the most impact was actually how non-impactful it felt to be Indian in a predominantly White town.

Confused? So was I.

Inadvertently, I began to blend in by adopting behaviors and habits of my American peers. It became very easy to drift in and out of social situations in which I would amplify parts of my identity to best suit my surroundings. How much of this was subconscious versus intentional remains a mystery I actively try and unpack every day. Feelings of guilt rise to the surface as memories of rejecting my mother’s homemade lunches because they “smelled” come to mind. These subtleties, along with so many others, are intrinsically intertwined in my retrospective. In unpacking all these memories, I tried to understand if this “cultural whiplash” was thrust upon me as a result of my circumstance…or did I simply choose to look away?

I realize now how extremely agile I became. I suppressed my ethnic background in situations where I wanted to “fit in” and be “American,” and amplified my “Indian-ness” where it was advantageous.

As a student, I was American.

As a daughter, I was Indian.

As a friend, I was American.

As a part-time tutor on the weekends, I was Indian.

After some time, it became second nature to seamlessly flow between these two distinct identities. Assimilating with my surroundings when necessary while keeping the peace at home — the best of both worlds! It wasn’t until my late twenties where I realized that in trying to be a cultural chameleon, I had lost a part of myself that felt authentic.

The realization that my core identity had been influenced by many external factors for so long hit me hard during the pandemic. Like so many others around the world, this was the first time where I was forced to confront the realities of my own existence in absence of everything we knew to be “normal”. Being quarantined at home with nothing but my own thoughts exposed the cracks in my foundation — how was I to reconcile the effects of living in two minds, across two cultures?

I suddenly became very unsure of who I was, what I stood for, and who I wanted to be.

Do I prioritize self-sacrifice over self-care? Value groupthink over individuation? Place more importance on my community or on myself? These thoughts plagued me in ways that I had not stopped to consider before. It made me realize that the lack of emphasis on mental health in Eastern cultures results in having ingrained behaviors and mindsets that resurface much later in adult life. This became abundantly clear especially as the world collectively shifted focus to preserving mental health.

Being able to dismantle old mental frameworks and trace them back to their origins has been incredibly enlightening in refining the person I am today. My own cultural reevaluation continues to evolve alongside a societal parallel — with the resurgence of the Black Lives Matter movement, I watched as many ally communities of color took a stand against racism and exclusionary practices on a systemic level. This includes non-Black People of Color, i.e. Brown communities, to step up beyond performative allyship and reevaluate their roles in disassembling prejudices in their own communities.

The way I think about my own cultural identity has continued to evolve within this societal parallel. American society’s awareness of its own privilege has been sharpened, and with that comes a renewed desire to appreciate diversity — not only to acknowledge cultural differences, but to thrive among them. It became much easier for me to want to amplify my own cultural differences when society started to celebrate them too. The recent rise in popularity of genetic testing kits and ancestry research has made it “cool” to have a story, have a background, have something to point to and say “I’m from somewhere.”

The recognition of the value of diversity will shape future generations to come. It will create more space at tables that were otherwise traditionally reserved, it will allow immigrants or children of immigrants to form hybrid mental frameworks in a way that is wholly their own, and it will amplify the fact that all cultures are created equally.

I’m excited for this future.