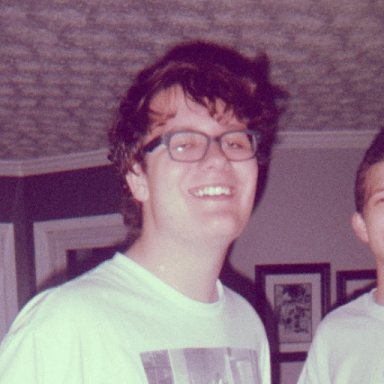 Shoes are pretty cool, right? Really the great social equalizer! Everyone at some point has worn shoes, whether you’re rich, poor, Black, or White—fuck, even the pope wears them. But what is it about certain shoes that set them apart from others? Sure, you can make an argument for aesthetics, but what’s really the difference between a pair of chucks and some P.F. Flyers?

It’s not like a slightly different looking gum-sole is making people pick the chucks over them at such a staggering rate. I think it all boils down to how the shoe makes you feel. Now of course that could all recapitulate to marketing, but have you ever seen a television ad for white chucks? No! When you’re rocking a pair of All-Stars, the last thing on your mind is, “Oh, Nike paid a shit ton of dough to successfully trick my subconscious into thinking I’m cool.” You’re thinking, “WOW, I’M AWESOME!”

Where did these things even come from, anyway? I remember being 12 and first becoming aware of Converse. It was right after getting back from Christmas break in 2014. A bunch of kids returned from their two weeks off absolutely decked out in new shit, just covered from head-to-toe in new Nike, Adidas, and American Eagle, and on their feet was some sort of weird all-white shoe, some high-tops, some low-tops. I remember thinking to myself, “Why the FUCK am I wearing New Balance right now?” It was love at first sight. A few months later I had saved up enough money to purchase myself a pair of crisp white low-top Converse All-Stars. I wore them every single day of ninth grade.

Eventually those shoes gave way and became unrecognizable. By the summer before 10th grade, my beloved shoes were almost unrecognizable. What were once beautiful white low-tops had turned into a disgusting mess of brownish-yellow ripped canvas with no soles. I had to retire them.

The moral of the story, though, is that while they became useless as shoes later on, I had actually kept wearing those fuckers! And it wasn’t out of utility, it was out of familiarity. See, some of my fondest memories were in those shoes. I had my first kiss, I connected with my best friend, I went on beach trips, I jumped into lakes, I flew on a plane for the first time, I watched sunsets, I lived. Maybe that’s the whole reason behind shoes being popular—it’s not the looks, it’s not the comfort, it’s not peer pressure, it’s the things you do with them that really matter.

When I look at a pair of chucks, I don’t see a piece of canvas with a rubber toe and red and blue stripes. I actually see how much I’ve progressed since I started wearing them, and that’s why I keep buying them. It’s just a sort of lifestyle.

Tyler Ridge is a young writer based out of Atlanta. Follow Tyler on Instagram or read more articles from Tyler on Thought Catalog.

When Can We Call BS On Killer Heels?

A Review of the Outfits That I Have

12 Things Every Hot, Stylish Guy Should Have In His Closet

7 Pieces of Shoe Advice for Men From 434 Single Women

5 Reasons Gloves Are Getting Weird

I Really, Really Wanted To Embrace The Barefoot Running Craze