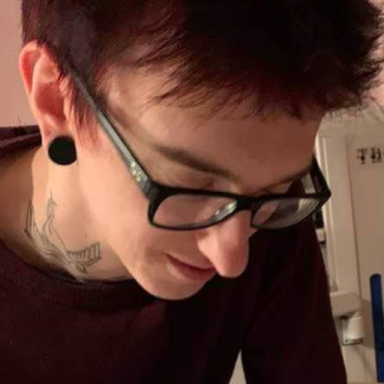 The hard truth is, sometimes you handle your trust issues like an asshole. And each zodiac sign has something they absolutely do not want to hear about how they handle their trust issues. Buckle up, because we’re going to go over exactly what you don’t want but need to hear.

As long as you don’t think it’s anything serious, you have no issues. When something starts getting serious, whether it’s friendship or relationship, you turn to ice. You make everyone jump through hoops to earn your trust. Only if it’s serious, though. If it’s serious, then they have to bend over backward for you. How is that fair to them? How is that fair to you? You’ve probably missed out on a lot of great people because you just can’t seem to believe that someone will be serious in your life. How’s that going for you? I doubt it’s working out well.

I hate to be the one to break it to you, but things change. People change, and sometimes it’s for themselves. They may not have any ulterior motive, but you just can’t believe that, can you? You have to think about all the reasons things are changing. People in your life can change because they want to do it for THEMSELVES. It’s their choice to change, and you have to suck it up and deal with it. It doesn’t mean they’re changing themselves to get rid of you; it doesn’t mean they’re doing it because they stopped caring about you. You’re too stubborn to realize that sometimes changes can be good. Why can’t you just accept that things are good sometimes? A change can make yours, and someone else’s life better. Stop questioning why and go along for the ride. It can strengthen your friendships and relationships.

You’re a whole ball of trust issues. Not everyone is going to be just like you, and that’s a problem for you for some reason. The people in your life aren’t too good for you, but you’ll constantly believe that. And if they’re just like you, you’ll look for some reason not to trust them. Stop searching for the reason. You’re destroying yourself and those around you when you’re always looking for a reason not to trust them. Try trusting yourself first, then work on believing you’re good enough. Hell, you’re more than good enough, but why would you believe that when you’re too busy looking for the reason not to trust someone else?

You take forever to trust someone. It has to build up, and then it finally happens and you take a nosedive into the shallow end. You go from nothing to everything in the blink of an eye. This is overwhelming to the people you’re working on trusting and to yourself. You take no time before you get so attached that it’s smothering. At first, yeah, you’re going at the slowest pace known to man, and then suddenly someone is your entire world. Where’s the thought behind this? Take it down a few notches, dial it back. You’ll actually push people away BECAUSE you decided to take that leap. Let it build up at a rational pace—life isn’t all or nothing.

You’ve been hurt—so has everyone else on this damn planet. You project being trusting and loving, but where is it actually? You let people in just enough that you won’t get hurt again; everyone has to stay just far enough away, but just close enough. You have trust issues that never go away and see no reason to actually trust anyone. Instead of focusing so hard on the past where you were hurt, start thinking about the future. How long can you keep someone that far away before they decide to leave? You put yourself in this cycle of pain, and until you learn to let someone in, you’ll keep repeating the cycle.

Not everyone is trying to screw you over. Not everyone on this planet is out to get you. Not everyone has some hidden motive in trying to be in your life. Why do you keep questioning it? You have trust issues, and you’ve been hurt repeatedly. It does hurt, but you keep taking that same hurt out on everyone else. Your issues get projected onto the next person that comes into your life, and you just need to step back, take a look, and realize that you really are lovable. You deserve it, and you’re capable of it. If you spend your entire life believing there has to be a motivation for someone to care about you, you’ll be the one missing out. Try to stop overanalyzing every word or movement the people in your life make—it will make you and them feel better, and your friendships and relationships will strengthen. Take a breather from thinking so much.

We’ve all trusted the wrong person before. It doesn’t mean your entire life will come to an end by trusting the wrong person. Maybe you have before, and it did go disastrously. Let yourself heal from that. You’re putting so much weight on your decision to trust people, and sometimes you’ll make the wrong decision. Sometimes the decision will be distrusting the wrong person, and that can make your life difficult, too. You’re always making a pros and cons list when it comes to trusting others, and sometimes, just sometimes, it makes you seem like an ass. People can feel your distrust—you make statements that aren’t exactly true, and you might feel ridiculous in the end. If you quit putting so much thought into it and just enjoy the current time, your life can improve.

You are way too harsh with people. Sometimes white lies are told, no one gets hurt, it wasn’t malicious, it wasn’t about their life, it could even be something as simple as someone forgetting something or misspeaking. But you take that as a lie, and you never give another chance. You’re too busy deciding that they’ve broken your trust once, so they’ll just do it again. You’re too angry for your own good, and it’ll drive you to a point of insanity. Do you want to spend your life alone? If you keep up this habit of distrusting everyone, even for the tiniest of things, you’ll be alone. That sounds worse than giving a second chance.

You don’t want to trust people, plain and simple. You have your reasons, and they might be valid, but you don’t want to trust anyone because it might result in staying in one place. You’re thinking about your future, and if you trust someone, that means they’re close to you. You might actually have to be responsible, and you may have to be there for other people. Much like the Scorpio, if you keep up this trait, you’ll be alone. You may get to go off on adventures, but you’ll be alone. No one will ever be a permanent fixture in your life because you let yourself worry that trusting them may actually mean a responsibility. What’s more painful?

Not everything has to be perfect. You don’t have to be perfect, and you don’t trust that people will stay in your life if you’re not perfect. Perfectionism is a difficult trait to shake. You can’t just get rid of it, but you can say to yourself, “I may not have done this perfectly, but this person cares about me for other reasons.” If you let yourself believe that perfectionism is the only way you can trust people, it just won’t happen. No one expects perfectionism, and people won’t leave just because you aren’t perfect.

Your imagination is one of your strongest suits, and it can work out in the best of ways. Until you start imagining that the person closest to you is plotting your murder, that they don’t care about you at all, that they want to destroy you. You close off and you push them away. Not everyone is out to mess up your life. Sometimes you have to close off this image and imagine that maybe that person near you actually gives a fuck. Not everyone is out to get you, no matter what your imagination tells you. The way you act around others says more about you than it does about them. Your imagination can make you look like a complete jerk, and bluntly put: just stop. Think rationally for a change.

Good job, you trust most other people—definitely your friends. But your instincts? Why would you trust something like that?! There was definitely some sarcasm in that, and you need to chill out. You’ll believe anything your friends tell you, but your biggest trust issue is with yourself. You hear someone talking, your gut already told you that this person is trustworthy, but you start questioning yourself. Are they really? You thought they were to start with, so why aren’t they now? Because you’ve convinced yourself. You stopped trusting your own instinct, and now you may have lost that great relationship or friendship because you were too busy questioning yourself. Take a chill pill and listen to your own instincts. They’re pretty spot on.

As stated at the beginning of this: Everyone has trust issues. Everyone has been screwed over, but the hard truth is that sometimes, your trust issues are pushing you away from what could be some of the greatest people in your life.

This Is What Triggers Your Trust Issues, Based On Your Zodiac Sign

5 Tips On Trust That Will Make Any Relationship Survive

6 Differences Between A Man Who Made A Mistake, And A Man Who Isn’t Worth It

Do You Feel Like You Are Too Fucked Up To Find Love?