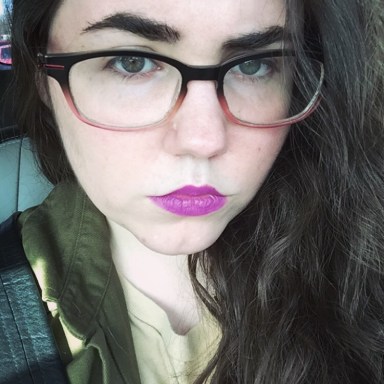 My mother sees this and shakes her head. My friends squabble about it. Internet comments read: you all need to get a life, aren’t you too old to play children’s games, wish millennials would hunt jobs instead of imaginary animals, I’m so ashamed of this generation

I’m so in awe of this generation and everything it has to carry. I am stunned by the way we persevere, by the way we find comfort and peace in such small packages. MAN QUITS JOB TO CATCH POKÉMON. Man indulges in nostalgia. Man leaves home, travels. Man pursues happiness, finds it in strange places.

Pokémon: Indigo League aired in 1999 on Kids’ WB. Picture: an alarm set, two pairs of tired eyes, TV trays and cereal, volume low because mom’s sleeping off her night shift at the bar, theme song lyrics printed out and sitting on the floor. I was eight. I never recall my father in these memories. He’d either already left or I’ve blocked out his face the same way my mom used family photos to cover up fist-sized holes in the walls.

Pokémon Silver and Gold were released in the US in 2001. Picture: anthrax, terror alerts, news footage looping, smoke and screaming, teachers crying in classrooms, the way fear can permeate an entire country and my small body the same way without ever having to name a reason out loud. I was ten. I was scared all the time, but I was also spending my weekends running around outside with my brother and the neighbor boy, throwing imaginary Poké Balls at squirrels.

It’s not that I didn’t know what was going on. It’s just that sometimes when things are loud or angry or hard, especially when you’re young, the best thing you can do is keep your head down.

2016: terrorism, police brutality, student loan debts, depression, anxiety, Brexit, the US political landscape. Pokémon Go begins rolling out its release around the world and there are days, at twenty-five, that I still need to keep my head down. I know there is immense privilege in being able to put the rest of the world on hold for a while, to step back from the things that hurt us; but I also know this brief respite is important. Whether it’s turning off the news for a few days or reading a book or taking a vacation or augmented reality as self care. It is hard to live full time in a world that always looks like it’s on fire. It sits so heavy on the chest. It is easy to look out at all this trauma and forget to look back at yourself.

What I mean to say is, I might not quit my job to roam the country and catch Pokémon, but when it comes to pursuing my own happiness, no matter the means, “I wanna be the very best…”

Trista Mateer is a writer and poet from outside of Baltimore, who could be living anywhere by the time you read this. ...

I Was A Pre­-Teen Pokemon Queen

I Am An Adult Pokémon Fan

The Best Pokémon Of All Time, Objectively Speaking

The Dangers Of Pokemon Go As A Person Of Color

Warning: Pokemon GO Is A Death Sentence If You Are A Black Man

I Met The Love Of My Life While Playing Pokémon Go