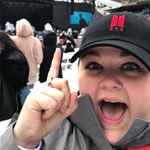 I audibly told myself this as I walked to my car after meeting him for the first time. Meeting through mutual friends I immediately knew this guy was different. He was kind, funny, intelligent and not too bad to look at. He also had a serious girlfriend. What followed over the next year and a half was a long sting of weekly interactions that included a breakup (him and his serious girlfriend), hospitals (my dad), a funeral (my dad’s passing from lung cancer) a lot of grief counseling (mine…I was close with my dad), and ending with a move to another time zone (him happening soon).

What did not follow was any type of comfort in saying “Hey, I have feelings for you… what do you think?” Instead it was a bumbling attempt at small flirting and awkward solo conversations. None of these actions, by the way, let him know I was interested. In the slightest.

It wasn’t until a moment of bravery a couple of months ago where I say “Hey, before you move do you want to grab coffee?” that things even began to get moving.

Or so I thought.

The moment he walked in I was roped into his women problems where he had feelings for another girl who was friends with his ex. I thought it was just a one off situation until he brought me back into it a month later. As I defense mechanism I told him what my heart had wanted to tell him for so long.

“I know you don’t feel the same way, and that’s fine.”

“That first coffee must have sucked for you.”

That was not the way I wanted to say it. I never wanted to use the word “crush”. The thought makes me nauseated now. What has happened since then is a lost friendship, hurt feelings and perhaps someday the most awkward reunion should he ever come back. I don’t think this is the same for everyone, but there was one valuable lesson I have learned from this.

There is no “good timing” in unrequited love.

Over the year and a half of my one sided feelings for him I waited for the perfect time.

He just broke up with his serious girlfriend. He needs to heal.

He’s so busy at work getting ready for the end of the school year. He needs to focus.

My dad is in the hospital. I need to take care of him.

My dad just passed away. I need to grieve. (I feel like this one is still valid.)

Work is going terribly. I need to focus on what I want out of life.

He’ll be moving this summer. That is next month.

All of that time is lost, and all I did was delay rejection. Bittersweet as that can be, I used timing as an excuse. I let fear of the unknown get the best of me and I wonder, could the sadness I feel now have been avoided? Could I have used the time while he was here to lick my proverbial wounds and salvage a friendship with him? I would like to think that is a possibility. In a perfect world we would be together. Even in a slightly non-perfect world we could at least be friends. But in this broken world we live in this is my story. I’m just sad it took so long for the ending.

If you are facing a one-sided love affair the best thing would I could say would be this. Seize the day. Take advantage of the moment. They don’t called them “old adages” for nothing. They are tried and true. Perhaps, and this is my hope for you, your story ends differently and the term “unrequited” drops from that phrase and it simply turns into love.

I lived in Seoul, South Korea for 2 years.