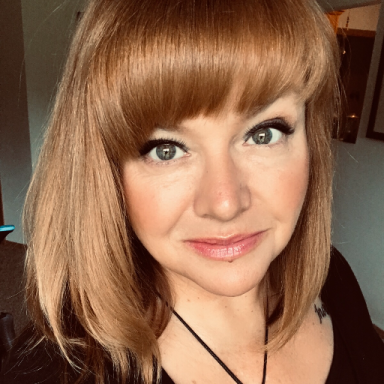 I have a complicated history with men. There’s no point in hiding it or making excuses for it or acting like it never happened. When it comes to men, I have made very questionable decisions, which says more about me than them.

As a little girl, I learned very quickly that being beautiful was a commodity. My mother, who had a complicated history of her own, used her looks as a bargaining tool—a means to an end, if you will. She became a chameleon, constantly adapting to the men in her life, shifting, blending, transforming herself into whatever they needed her to be. It was confusing for me, yet one could hardly deny that her kaleidoscope ways were highly effective. Men flocked to her like moths to a flame. She scorched a few, too, but that never stopped them. Eventually, my mom lost herself in her constant metamorphosis and snuffed out her own flame, never fully realizing her worth. I have tried very hard to not let that happen to me.

Yet, if I’m honest, I have found myself in the same situations she created. Too often, I have become what someone else needed me to be in the name of love. I feel like I have wasted years trying to talk someone else into me, showing them my best side, the lucrative portfolio of my heart, body and mind, convincing them I am the one they need while caring very little about what I received in return. It’s exhausting and incredibly defeating because, in the end, I was left feeling like the men in my life never really chose ME, only what I could do for them. When I couldn’t do anymore, they went on to find someone who could.

I have finally come to realize that I am worth more than the sum of my parts, that who I am is pretty fucking brilliant, even if the only one who knows it is me. I have changed my ways, finally becoming my authentic self, embracing my flaws as easily as I embrace my victories. It’s been a battle, but I am emerging victorious, little by little.

I have finally decided that I want to be the girl chosen, not because of what I can do, but for simply being who I am. I am willing to wait for the man who simply cannot live without me, who would move mountains to have me and is willing to invest himself in keeping me. I believe this person exists and the truth is, I would rather grow old alone than spend one more second trying to convince someone I’m worth growing old with.

I am enough. Just me. Someday, someone else will see that, too.

I am an artist, author and speaker. I am passionate about life!