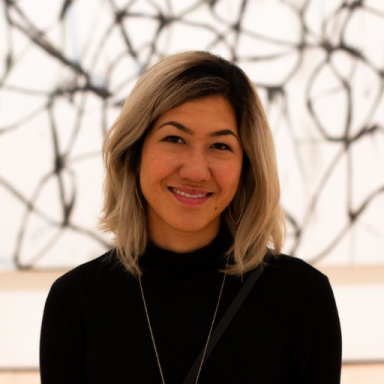 “You have no life! You have no friends!” That cruel chant aimed at me by the popular girls in my small elementary school in Los Angeles cut deeply when I was a child. It created a pattern in my negative self-talk that lasted into adulthood: I felt that I was broken and incapable of connection.

That negative self-talk haunted me in my early days as the founder and CEO of my company. I felt insecure about my age and inexperience. I carried this harmful narrative that I could only rely on myself, and I was constantly afraid of disappointing my team.

This negative view of myself was so strong that when one of my co-workers asked me to come into the kitchen where everyone was gathered around a table, I feared the worst. I thought that they were all quitting because they disapproved of my leadership — in reality, they wanted to celebrate the company’s birthday with a surprise cake. It was at that moment that I knew I had to take steps to unpack my emotional baggage.

Improving Relationships By Loving Yourself

The process of overcoming the negative self-talk that started when I was bullied as a kid has improved my relationship with myself. It’s also made me more effective at my job.

When I’m kinder to myself, I can better connect with my team members and other people in my life. I’m able to offer a truly empathetic ear that helps people feel heard, not judged. I can freely admit my mistakes and any negative emotions I may feel.

It’s so dang rare for anyone, but especially a leader, to admit experiencing fear, anxiety, or disappointment. We are supposed to be strong, right? Wrong! Being vulnerable means being real — and that you can connect with other people.

My leadership experience has shown me that I’m far from the only one putting limits on myself because of emotional baggage. If negative self-talk is holding you back, the following road map can help transform your inner chatter.

If you don’t have self-awareness, you can’t redirect the negative spiral. Learning this skill is the first step toward taking back control from your emotions.

It starts with simply paying attention. Often, a negative emotion manifests as a physical feeling: a rub, a pinch, or a twinge that tells you something is off. For me, the first clue that something is amiss is a tightness in my throat or chest because I’m not saying something that I should. Those are the times when I need to pause and breathe.

Once you’ve paused, try to identify the cause. Did something happen earlier in the day, such as an angry email or a fear-thought triggered by something a co-worker said? Write it down, reviewing your notes later to spot any patterns.

When you’re aware a negative emotion has reared its head, it’s time to figure out how that emotion translates into language. If a trigger was an angry email from a vendor, for example, I might tell myself: “You need to learn to communicate more! Unless you learn to be more vigilant, you’ll always fail.”

I overcome this negative thinking by giving the emotion expression, either by writing it down or by saying it out loud to the mirror. A brain imaging study backs up this approach, confirming that verbalizing our feelings makes them less intense — it’s one reason talk therapy is so effective.

Smothering negative talk won’t work. Instead, kindly reason with it. Try imagining the positive, confident version of yourself having a conversation with the scared version of yourself. I literally visualize and hear how these exchanges would go down. Remember, both versions are you.

This approach might not be effective if your self-talk is particularly harsh or ingrained. If that’s the case, it’s time to ask for help. I have a few safe people in my corner who provide the outside perspective that can cut through the negative thoughts swirling through my head. My COO, for instance, can help me laugh off roadblocks by reminding me of patterns that kick up during business challenges — such as the apprehension I often feel when I’m transitioning into new teams.

It’s too easy to label negative self-talk as one more thing you’re doing wrong. But the truth is that it’s a part of life. Not only that, it’s often a sign that you’re doing something hard and meaningful! Learn to view it as a natural part of progress and accept that overcoming these negative thoughts is a lifelong practice.

I’m certainly not completely free of negative self-talk, but I now see that voice as a part of myself that asks for something more of offers me some data. In some ways, it’s actually a protective mechanism that I’m grateful for as I go through life.

Although negative emotions and self-talk are a part of life, we can choose to be gentler with ourselves and learn how to work with our emotions rather than giving them control. In the end, you’ll learn strength and resilience and find more success. As philosopher Marcus Aurelius once said, “The happiness of your life depends upon the quality of your thoughts.”

Tracy Lawrence is the founder and CEO of Chewse.