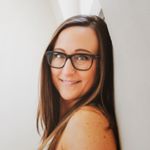 I was at a Thought Catalog workshop recently, a creative writing workshop to be specific, and the presenter, Bianca Sparacino, made mention to all of her work that she had submitted to be published online only to be denied, time and again. She went on to discuss how it wasn’t until she found and shared her authentic voice that any of it was accepted. It got me thinking about the last year and a half of blogging I had done. And, how everything I have written was done from a vulnerable place and as such, allows me to love it even if I don’t always feel the same way now as I did when I wrote it.

I am a believer, and often say, “Do your best, then learn better, then do better.” Individuals could look back on some of my public posts and say that I contradict myself or that I believed/spoke/acted differently before. They would not be incorrect per se, but I would offer that in these instances it is possible that I had learned better and so I decided to be/do better. I most definitely stand by what I wrote because I always write what is true for me at the time. Looking back at some of the things I have shared I still always find the truth for the me that was writing at that time and also it creates a tangible map of just how far I have come.

Some people like to erase things that do not reflect themselves now, memories, pictures, things they said or did. Others pretend it “wasn’t like that” or dismiss the past remembering differently or saying another has it all wrong. For myself, I will not delete my posts even if I wholly disagree with my previous ideas because it will always stand as a reminder of where I have been, where I want to connect to, and the things I would not want to return to.

In this workshop, we also had some one on one time where we were asked to tell complete strangers about topics that created vulnerability. It started off surface enough but before long we were waist deep in topics such as bullying, abortion, hearts desires, relationships, cheating and so on. In several instances, people were opening up to me about things that tied them to shame. For example, one girl said, “I didn’t step in when someone I knew was being made fun of and I regret it to this day.”

My response to her was this: “While I understand how you feel shame towards this situation, neglecting the needs of another by not helping them, because we all have been guilty of such things at some point in our life, what if instead of forever feeling negativity towards ourselves, we shift it to gratitude in which we use the experience as a reminder to never let it happen again?”

She dropped her shoulders down with some relief and I continued, “If you had never experienced feeling bad about that, you wouldn’t know that you don’t ever want to feel that way again. You can act accordingly moving forward because you recognize who and how you want to be if that situation comes up again. Your responsibility is in learning better and doing better. Have you ever repeated that same neglect?”

The guidepost had worked.

It seems like it would be glorious to live in the idea that we could erase certain feelings, emotions, and experiences like in the movie Eternal Sunshine of the Spotless Mind. Where every negative time, heartbreak, guilty feeling, disappointment in ourselves or others could just be vaporized from our memory. BUT, a big freaking but here, is that then we would possibly be doomed to staying the same, stagnant, unchanging, low to no growth humans for all of our time.

Growth and change are good, recognizing you believed something once and find it not to be a truth any longer means you are doing the work of living. If I ever stop appreciating the ability to learn and grow and do better, I hope it is the same day I am swept from this earth.

Awareness is the baseline where we can invite a curious mind. The two together are a catalyst for change. Never underestimate the power you have in choosing new and better for yourself.