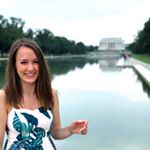 I have a friend with whom I share a birthday, and when we celebrated turning 25 together, she told me what her barista told her: “All of 25 is attending someone else’s birthday party.”

25, for me, was a year of clarity. I began to develop a vision for my life and saw time through the dual lenses of possibility and scarcity. There’s still so much time, but it’s already going to fast. I had all my bullshit come home, and it got harder to make excuses for it. Yes, I know you’re anxious meeting new people, but that doesn’t mean you get to be rude. Yes, I know you’re afraid of failing, but that doesn’t mean you don’t have to try. Yes, I know you’re lonely, but that doesn’t make it someone else’s problem. I felt both embarrassingly young, but also too old to still be this clueless. I talked to college graduates and thought “I could still be like you, at the very beginning of everything,” but then I remembered I’ve already been there, and the beginning of everything only got me this far.

But why can’t this too be the beginning of everything?

25 was this strange period of in-between that felt as much like someone else’s birthday party as it did a personalized invitation to be present for my own life. This year gave me several clear lessons, and each one surprised me as much as it pained me. I’m entering 26 with a hope and a preparation I haven’t felt before, like maybe now is the time for me to enter fully into my adulthood.

Your body is your only home, and you need to make peace for yourself to live within its walls.

Almost every time a woman writes about what she wishes she’d known when she was younger, she writes about her body. She wants to tell her 16, 18, 20-year-old self to put on the damn bikini, to quit worrying if she’s fat or not, and to spend less time reducing and more time expanding.

I do not have, nor have I ever had, an eating disorder, but when I started my 25th year, I was on the edge of being medically underweight. I’d lost 20 pounds from stress following a dangerous relationship and breakup. To protect itself, my body shed everything but what was essential. I became so thin that people’s eye widened when they saw me, and my sit bones bruised when I sat on metal chairs.

I was at my thinnest, and I’d be lying if I said I didn’t love it. Even though I knew it was the result of extreme duress, I liked that crop tops were made for bodies like mine, and that my dresses clung to flat planes, and that my bones felt sharp underneath my skin. It didn’t matter at 116 pounds (nearly 20 pounds less than what I, healthily, weigh now) I didn’t exercise, struggled to light heavy boxes, and kept a list dozens deep of foods I couldn’t eat, because they caused such painful inflammation. It was enough that I was the “skinny” girl.

When my body left survival mode and I began to gain weight again, I spent hours before the mirror. This was the body I recognized, thick thighs, strong arms, a solid torso. I missed nothing from the super skinny months except the stomach with no fat, but I missed badly that stomach.

This is the empty I had to learn to fill. My body is my home, and like the place I live, it reflects my well-being. My body was not happy at 116 pounds, and it told me so with hives, bruises, allergic reactions and bony points. At 135 pounds, I know my body is happy because I have new muscles to flex. I can haul the boxes of books I insisted on moving every year. I can eat all but two foods without pain, and I trust that, should I ever need to, I can run far and fast.

The cultural standards that made me find my skinny body more valuable than my healthy body are bullshit. Any message that says one body is less worthy than another is bullshit. Our bodies are worthy of love and care and celebration, no matter what they look like. They were not designed to be objects of beauty, but we should find our own forms beautiful.

Listen when your body talks to you; make peace with what it says. It wants you to heal, to be healthy, to thrive. It’s working hard to build a miraculous life for you. Let it. Let yourself belong inside of it.

You need to figure your shit out once and for all.

This past year, I had email my landlord to ask how to pay six months of unpaid utilities. I got a tax bill when I expected a refund, and I cried in a shopping mall parking lot because this wouldn’t have been a curveball if I’d been attentive to my paperwork. I got so back-to-the-wall that I asked my parents for a loan, but they offered to lend me the money, I got angry with them because I was so ashamed to still need their generosity. I Googled “how is credit card interest calculated,” was reduced to tears by my WiFi network, and thought my cable box was broken for three months until my boyfriend pointed out that I didn’t have it plugged into the television.

25 was the year I had to get my shit together because I was too old to not know how this works. I can now tell you that I pay gas directly, but electric to my landlord, and I know to ask these questions when I move. I can always tell you how much is in my bank account, even when that answer is scarier than I’d like it to be. I’ve learned what things you can call someone else to deal with. For example, your WiFi network. Having someone one else deal with this makes dealing with the stuff you can’t delegate, for example, sleeping alone on the first night in a new apartment, easier to deal with.

Your life gets easier when you understand the basic structures its build on. Unless you’re mid-twenties making bank (and I get it, some of us are), you need a budget, and you need one that works for you. You probably need a calendar or planner, and it doesn’t matter if it’s paper or digital. Our brains all work differently. You need to see the doctor if the skin turns scaly or you can’t eat without pain, or if getting out of bed becomes the one thing you can’t do again. Know where your money is going, and when your bills are due. Wish the people you love a happy birthday, and if you have grandparents (or any version of older-than-you, loved-by-you, loves-you people), visit them. Learn to identify your emotions, and keep your house clean enough that you can be happy in it. When it gets too hard to do this alone, ask for help. You have a village. Somewhere in it, you have someone who will help you with the answers.

Here is the simplest, most obvious, and most difficult truth I had to learn. There’s the life we want to live, and there’s the life we are living, and the space in between is the work you have to do. This work can be anything — understanding the topography of your pain, honing the craft you want to be your career, investing in the relationship that you want to last. This work is hard. It’s personal and personalized, and because it’s linked to our deepest desires, it scares us most.

There’s a place for cheerleaders and teammates and partners and mentors, but they’re there to run beside you, not run for you. Having someone in your corner make the work easier, but it doesn’t change the math. For your life to move in the direction you want, you have to move it.

What happens when we do the work and don’t get the results is a different lesson for another time. I know that work alone isn’t the whole equation. Sometimes we’ll do everything, and still the friendship falls apart, or the lover leaves, or the traditional successes never come. That does happen, but to even get a shot, you have to work first. You know what needs to be done. Start today.

We don’t grow at once. Healing takes time, as does change. What I learned at 25 is what I need to know for 26. I have faith in this at least: That we’re all on paths that sometimes merge and sometimes split, but that will prepare us now for what we need next.

In my deepest parts, I am a writer. Please, tell me a story.