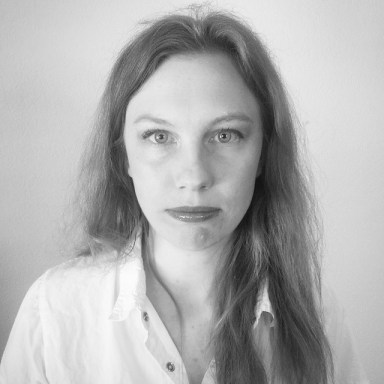 About a month ago, I had a routine pap smear. Everything went fine; there didn’t appear to be anything wrong. Then my results came back. They weren’t merely “abnormal;” they’d found cervical intraepithelial neoplasia, a possibly premalignant lesion. I’d have to have a colposcopy and cervical biopsies.

The procedures couldn’t be performed for about three weeks, so I had plenty of time to research and worry. I freaked out so much that my mother offered to fly out and be with me when I had the procedure. I ultimately decided she didn’t have to.

I don’t have a risky sex life. I’ve only had two sexual partners. No one I was comfortable sharing my results with had ever gone through this.

The good news was that 99% of the time, CIN goes away on its own without treatment. The message I got from the gynecologist with my results said that “in most women, this represents normal cervical changes of no consequence.” The bad news is that it can, in rare cases, turn into cervical cancer. When it doesn’t go away, it’s usually easily removed by liquid nitrogen or lasers.

Now, on to the actual procedure. First, I had to take a urine pregnancy test. I wasn’t concerned about that because I hadn’t had sex in nearly six months. Then I went to the examination room. The doctor spent a lot of time explaining both the procedure and what the different results meant. She explained the progression (and more often, regression) of CIN and had diagrams to show me.

Then I got on the table in the stirrups just like you do for a pap smear. First, the doctor cleared away the cervical mucous with a cotton swab. I am especially mucous-y, so it took two swabs. Then, she applied acetic acid (yes, vinegar) to the cervix with a swab. The possible affected areas turn white. Then, she used the colposcope (which is essentially binoculars for the cervix) to look at the cervix. She said that there was a reaction at 3:00, 6:00, and 9:00. This scared me a little bit, because the pap smear had said come back with results of CIN type I, low-grade, and that sounded like it might be type II, mid-grade, which could require the aforementioned surgery. She said she would take a biopsy from each of the three areas as well as two from deeper inside the cervix in case there was dysplasia that wasn’t on the cervix.

She then swabbed iodine on my cervix to dye the areas to make it easier to see. It’s probably important to note at this point that I was not given any anesthesia. I was told to take ibuprofen before the appointment. First, she took the three surface biopsies. I won’t sugarcoat it; it hurt. It wasn’t the most painful thing ever, and the pain became tolerable very soon after the removal. I do, however, apparently have a tilted cervix, which although normal, makes getting the biopsies more difficult.

Then came the other biopsies. The doctor told me that they often cause cramping and are painful. I don’t get menstrual cramps, and I did not get cramps from this. In fact, the surface biopsies hurt a lot more. I’m apparently unusual in this regard.

She then put a mustard-looking salve on my cervix. The nurse asked me if I felt dizzy, and I said no. They had me sit up, and almost immediately, I started feeling dizzy and nauseous and turned pale. The doctor told me to lie back down and gave me some Gatorade and a granola bar. She said that the biopsies often press the vagus nerve, which causes your heart rate and blood pressure to drop, and most people have a reaction. (My blood pressure is already on the lower end, so I may have had a worse reaction than most people.)

When I was feeling better, which took less than five minutes, she told me that it appeared I had type I or type II, both which have good prognoses. She drew a diagram of my cervix, showing the lesion. She wasn’t sure if I had one big lesion or multiple small lesions; the biopsy results would tell. Then, I was sent on my way.

As the doctor warned me, weird stuff will fall out of your vagina. Some of it will be blood, some of it will be the iodine, vinegar, and salve, and some of it will be scabbing. For me, the third day after was the worst. I had the procedure Monday, and I’m still getting little scabs, but I no longer have red blood or brown discharge. I’m pretty sure I saw the big biopsy scabs come out on Thursday.

You are not allowed to put anything in your vagina for two weeks after the procedure. This includes tampons, so if you’re expecting your period, make sure you have pads. You might want them anyway to deal with the aftermath. My cervix still hurts a bit, although not nearly as badly as it did. They do tell you to take the maximum dose of ibuprofen (800 mg, 4 OTC pills). It takes away the pain, but it made me a little slow. I’ve slept a lot. I didn’t go to work after the biopsy in large part because my leg muscles were so sore from holding the position that driving was difficult.

My story comes with good news: 4 of my 5 biopsies came back negative. That means that 2 of the suspected lesions weren’t actually lesions and the non-surface biopsies were normal. I have CIN type I in one place, and they do not treat that. I just have a pap smear and an HPV test next year, and it will most likely be gone by then.

Here’s What I Learned About Life, Love, And Faith From My Dad Having Cancer

There’s Technology Out There That Can Restore Your Long Lost Memories, And I Wish I’d Never Tried It