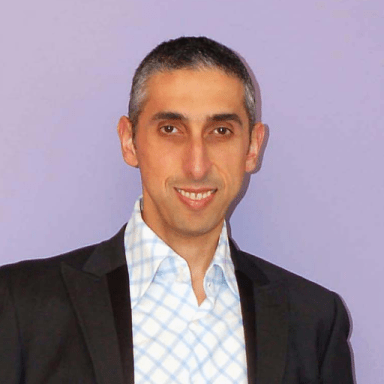 “You have been criticizing yourself for years, and it hasn’t worked. Try approving of yourself and see what happens.”—Louise L. Hay

I want you to take an honest look at whether you are hard on yourself. I realize this has different implications for people, so let me define what I mean. For example, what is your inner dialogue when you make mistakes? Do you criticize yourself, saying you could have done better? Are you aware of a critical inner voice where nothing you do is good enough? Do you strive for perfection? Are you paranoid about what others think of you? The list is endless, but it gives you an insight into whether your relationship with yourself is empowering or disempowering you. But how do we become this way? What causes us to be hard on ourselves in the first place?

Much of it relates to our childhood upbringing, where we take on the narrative of our parents or main caregivers. For example, if you had a critical parent where nothing you did was good enough, you may have taken on this inner critic yourself. It becomes ingrained in our psyche and we associate the inner voice with whom we really are. I’ve written about my strained relationship with my father in earlier articles. I grew up in a home where my mother was a kind and compassionate woman; however, my father’s strict disciplining meant I could never meet his expectations. Nothing I did was good enough for him because I could always do better.

Fast forward years later. I adopted this critical inner voice and would berate myself for not performing better. I took refuge in sporting activities and pushed myself to extremes, training for five hours or more, which eventually took its toll. I wasn’t aware of the saboteur at the time because I thought I was being competitive and exploring my physical capabilities. It was only when I had enough of training this way that I realized the voice inside my head was not my own but the critical voice of my father. Naturally, I sought to prove it wrong, yet the voice was never satisfied because I could always do better. Can you identify with this narrative? Are you aware of how your inner critic plays out in your life?

We all have our unique stories on how our inner critic sabotages our life. I have come across hundreds of similar cases to mine in my coaching practice with clients. What’s interesting is that many of those who are successful are not aware that the inner critic is a fictional character. They presume it is their natural drive that is responsible for their success. When they learn to distinguish the inner critic from the authentic self, they stop torturing themselves because there is no longer anything to prove.

In my case, I changed my inner dialogue when I reached the tipping point. The new self-talk I adopted seemed foreign at first because I was unfamiliar with being kind and compassionate with myself. The inner critic would remind me I was being weak. However, I persisted in noticing the inner voice as it arose. The inner critic naturally fell away over time, and I changed my life to foster more self-compassion, kindness, and patience. It was what my inner child, the one my father had hijacked when I was young, was craving all along. I achieved more in my life and related to people more authentically instead of fostering disingenuous connections. The most important thing is that it felt safe being my authentic self. I never liked the inner critic but felt compelled to listen to it because it was the only voice I knew and I didn’t want to let it down. To be clear, it was my father I was afraid of letting down, not the inner critic. Have you experienced something similar, like two voices competing for your attention? I figured the critical inner voice had got me this far in life, so why change it?

But the inner critic is not the real you—it is an invented persona. To paint a simple analogy: A friend of mine who ate cereal for most of his life believed his tiredness and brain fog were normal. It wasn’t until he changed his diet to include whole foods that his brain fog and tiredness disappeared, along with improving his health. What I’m trying to say is: If we keep looking through a frosted window and believe the world is foggy, it becomes our only reference point. It is when we change our filter that we discover we had it all wrong.

It is only when we stop being hard on ourselves that we change our external circumstances and learn to be comfortable with whom we really are. As the saying goes: “As within, so without.”