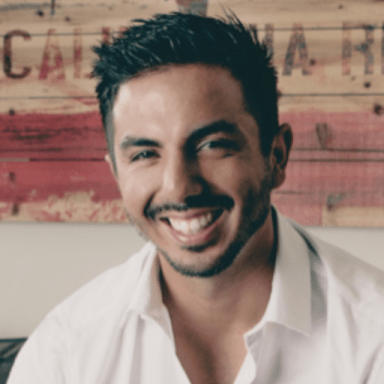 The desire for success can drive us so hard, push us to the limits, and keep us from the inner peace we’re all after—the ever elusive “happiness” and “fulfillment.” In the pursuit of success, how often do we get lost in the big splashy move, the veil of hard work, and/or the “I have sacrificed so much, when will it be my time” mentality? Where does true self-improvement end and becoming the sacrificial lamb to the god of self-worth begin?

During my baseball playing career, I would step up to the plate for an at-bat and my heart would race, my breath would quicken, my arms would tighten, and my vision would blur. I felt the immense pressure that no one put on me. My mom once commented that I was so tense when I was up to bat that “it makes me nervous just to watch you.” There was this remarkable fear of striking out that loomed over me, because to strike out meant the pinnacle of failure. Lest we forget some of the greatest hitters of all time also struck out the most in history. I am baffled that I had the success that I did. Sometimes I wonder, “What if I would have learned to trust myself? What if I would have focused on process and build rather than the immediate satisfaction and external validation that I was so desperately after?”

When I was a kid, I played recklessly, oftentimes bringing coaches and parents to applause out of the sheer desire and hunger that I played with. Somewhere around age 12 (go figure), I started to care relentlessly about what people thought of me. I started being egregiously hard on myself (a trait I still carry with me to this day), and I stopped having as much fun playing as I once did. Perhaps it was the fact that I was no longer the best player on my team, that there were kids out there that were significantly better than me. I became hyper aware of everything. I wanted to be challenged and to get better. I wanted to prove to whoever I needed to that I was worthy of some unreachable form of success.

Fear shrouded in “doing all the right things.”

On almost every team I played on, I was routinely recognized as one of the hardest workers, the one with the most hustle, and the guy that would never ever quit. One of my high school teammates once said, after I got into a tussle, “They trying to fuck with Wheaties? Why is anyone trying to fuck with Wheaties?” When asked why he called me “Wheaties”, he said, “Motherfucker is always in the gym, and is the most intense motherfucker on this team.”

I used to wear those labels with so much pride, though now I recognize how much I was hiding behind them. I would think to myself, “If I just put more energy and effort in, then maybe I could slide past my failure.” If I just kept trying harder, I wouldn’t have to deal with the insecurities I felt. If I just did more, I could surpass the need to discover self-worth.

One of my go-to moves in this veiled work was constantly changing my swing. Almost weekly, I’d have some sort of “Come to Jesus” moment where I would say, “Okay, well, this professional does this, and this professional does that, so if I add those, I can finally hit the ball better.” Needless to say, this approach never bode well for me. I would spend hours upon hours in the batting cage, past the point of my hands bleeding from the broken blisters, to where it physically hurt to just hold a bat, but I’d keep swinging. I figured if I put myself through this pain, if I could prove that I wanted it bad enough, someone would recognize me. There were glimpses of how talented I felt I was here and there, where I would even impress myself and say, “Did I just do that?” Those moments I recall were where I didn’t care as much, and where I felt the competition lower than me. When it mattered most, in tryouts, against equal or better competition, or if it was a team I really wanted, I was the antithesis of Wheaties. My bubble of self-worth burst.

In the summer between my junior and senior year of college, I worked with my sprinting coach three days a week, lifted weights every other day, worked on building my arm strength, and was hard pressed to leave a batting cage. Here were the results of where I started my senior year: I routinely threw just over 90MPH, I was running the 60 yard dash at 6.5 seconds (average major leaguer is at about 7.0 seconds), and I was consistently hitting the ball over 400 feet, which I had never been able to do. Consistent effort, day in and day out. Competing against only myself to be a better me. I was a completely different player.

In my very first at-bat that season, I was as relaxed as could be. I hit a homerun on the first pitch I saw. I hit it so well I couldn’t even feel it. Farthest one I ever hit. The next at-bat, seeking to prove how much better I was, I adjusted my swing and proceeded to strike out three times. My season never recovered. My breathing shallowed, arms tightened, and sight blurred.

I couldn’t handle the success. I couldn’t deal with my insecurity. Later that year, trying to get my arm even stronger, I would play long toss until it hurt. I played a lot of that season popping ibuprofen before games with Icy Hot lathered on my shoulder to push past the tendonitis. I pulled my hamstring on more than one occasion because I’d be at the track when I was past fatigue trying to get faster. I kept messing with my swing and changing my approach. Never finding comfort. I did everything in my power to self-sabotage. I continued to beat myself down. The game became a job.

These days, I see so many of the same habits popping up. There have been times where I’ve been up for 48 hours straight working. Where I am so tired that I give myself “the shakes”, and the back of my neck feels like it’s on fire. I’ve gone a day or two without eating on multiple occasions because I get lost in the work. I’ve missed weddings, birthdays, baptisms—you name it, I’ve missed it. I felt that if I proved my passion through pain, I’d be worthy of acceptance. I pushed through to prove to that one nonexistent person that I may be good enough. I’ve continuously “changed my swing” by changing directions, looking for something new that could be “the breakthrough”. Forever fixated on the loneliness and melancholy that immediate satisfaction brought. I’ve received it consistently in my work, but still could not find the inner peace I sought.

Perhaps it’s my old age (I’m only 30). Perhaps it’s having my over inflated ego that was based in deep-rooted fear and insecurity, repeatedly pummeled, that has given me new perspective. As all great hitters will tell you, the key to hitting is feeling comfortable and focusing on making good contact. Seeing that ball hit the barrel. Losing yourself in the mundanity of preparation and repetition. After that, it’s out of your control whether it goes over the fence or right into someone’s glove. The intention is never greatness. It’s about doing the best they can with what’s in front of them.

Yes, we can experience overnight success, hit the homerun, make the flashy plays and be rewarded for it. But those that truly make a lasting impact on the world put in steady consistent focus on the mundanity of the process. The “success” is hard fought and well earned. It’s the combination of those two worlds—that’s when unforgettable happens. Those are the memories we keep with us. That’s what keeps us all sustained.

Swing for the fences to earn the external validation or live in the mundanity of trusting your swing? The choice is yours, little lamb.