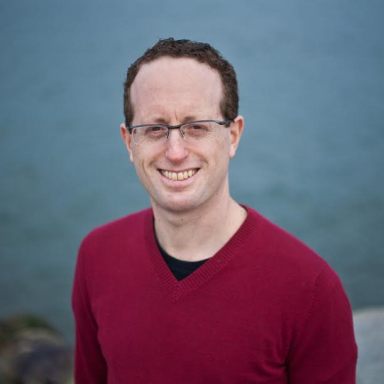 Do you want to slap someone in the face?

Everywhere you turn there are annoying people with smug looks on their infuriating faces just begging to be slapped.

And, I’m sure you believe your life would be exponentially better if you slapped them (and it might be).

Well, I’m here to say don’t slap them yet. Or not until you think about these 10 things.

Are you really sure you want to slap them? We’ve all been there — showing up to slap someone silly, only to freeze and wuss out or have a change of heart at the last second and leave, tail between our legs, while the gathered crowd laughs at us and questions our man and/or womanhood. It’s true, sometimes you only think you want to slap someone — they say annoying things, they have that face, they took your cookie — but when it comes down to actually doing it, you don’t. And that’s okay! Perhaps you just want to kiss them or teach them long division or are just in need of a nap? Intense emotions can do that. I suggest sleeping on it and seeing if you are still full of rage after a wholesome breakfast, good shower and an hour of cat videos on YouTube.

Consider your options! There are so many other options to slapping someone these days! I know! I was as surprised as you are when I learned this! It’s a wonderful time in which we live. Maybe try hugging it out — aggressively, if need be. Or break-dancing? Some experts claim that “using your words” is a good idea, to which I say “Be quiet, grandma!” Remember that just because someone has an infinitely slap-able face, doesn’t mean you need to slap it (could you be any more obvious and cliched?) Sometimes another act can be equally as satisfying for you — like accusing them of high treason or dumping a gallon of red paint on them or giving them a ham sandwich only using stale bread and slightly expired meat or giving them a sandwich and then dumping red paint on them right before calling the treason department of the FBI.

Think of how you will feel after. It’s important to think deeply about how this slap will make you feel. Sure, you may be certain you will feel elated, on top of the world and like a large weight has been lifted off your back, but, there is a good chance your hand may be sore afterwards. Faces are harder than they look! If you don’t believe me, spend the next 10 minutes touching your own face and I’m sure you will agree. It’s also possible that after the initial glow fades away (and it always does), you may feel some regret (now you are “the guy who slaps people”) or guilt (all those lessons in morality from your mom did nothing) or even a little something I like to call empathy because as much of an annoying loser the other person was, they are someone else’s baby and are only human.

Justify this to those who know you. Believe it or not, some people don’t think slapping others in the face is ever warranted. Some of those people could include: girlfriends or wives, your parents, your children, a judge and somewhere between most and all of your friends and acquaintances. Before you can say “backstory” they will have decided you are a monster. To get ahead of the inevitable landslide of negative opinions and reactions, I suggest making a detailed list of all of the reasons that you did it starting with ones that are hard to argue against: (1) religious beliefs, (2) safety of your loved ones, and (3)if you don’t, the terrorists win. You have to demonstrate to everyone just how tortured the slap made you (make poorly-lit videos), how you spend every waking moment crying and writing bad poetry and how, if it comes to this, you will buy back their love and acceptance with cold hard cash.

And what of the consequences? Very rarely in this day and age can you just go up to someone and slap them and then resume your life like nothing happened. Don’t forget about retribution, revenge and viral social media videos! Remember that this person you slapped invariably has a “gang” or a “crew” or “some coworkers who do Crossfit” or “a bunch of randos just ready at the drop of a hat as backup”. One second you are slapping someone without a care in the world and the next it is all over the news or Twitter or nearby bathroom stalls and instead of you being lauded as a hero who stuck up for the little guy you may be permanently seen as “the next Hitler” or “on the waitlist for a psych evaluation” or “sorry we had to fire you as everyone else in the office is now afraid of you.”

Have you prepared? Okay, you have decided to go through with it. Now, you must get ready. I suggest preparing so you don’t make a fool of yourself. Sure you may think you can just show up and do it, but nothing, and I repeat, nothing, is worse than trying to slap someone and realizing when it is too late that you are a weakling. Many of us have gone through life never hurting so much as a fly, well, this person you are about to punch is roughly equivalent to somewhere between 5 and a million flies. So you must train. Hit the gym, then, after a recovery period, actually enter the gym and workout. Spend every waking moment aiming at and then slapping objects with your hand to make sure you are aware how long your arm actually is. My suggestions of items to practice slapping include plastic cups full of juice, your daughter’s favorite teddy bear, the next door neighbor’s garbage can and, a head of iceberg lettuce. I also suggest at least a few bicep curls if your arm is generously and unfavorably compared to either a limp noodle or an empty sack that once held potatoes.

Figure out how it’s going to go down. Will this be a sneak attack? Maybe hang around the preschool/animal hospital/non-profit raising funds for impoverished people in Africa where he works and catch him off-guard. Just imagine the look of surprise on his face! Or, you can go the other way and talk with him and make arrangements. Seeing as everyone is so busy these days, this may mean the actual slap probably won’t be able to go down for 6–9 months in the future, but, at least you will be able to send out invitations, plaster the local neighborhood with promotional posters, organize a video crew and print official passes for the press. Keep in mind that there are many risks for announcing your intentions to slap them:they may plan to turn your single slap into a fight, attempt to convince you not to slap them by befriending and/or becoming attracted to you, alert the police or move.

What to say before and after? Okay, you show up and are ready to do this and a crowd has either been invited or has just shown up because they were hanging around and had nothing to do as is common with crowds these days. And everyone is used to seeing scenes in movies where the actor says something witty or catchy or inspirational or just how messed up they are in their head. For this reason and because you want your slap to make a lasting impression on all, you must prepare what you are going to say and how you are going to say it. I suggest researching famous lines from tough movie characters and then changing them just enough so you don’t get sued or accused of plagiarism. Then, I’d take vocal lessons so you can adequately project your voice over the crowd as nothing is weaker than not being heard (and don’t forget it may be windy and you lent your portable microphone and speakers to your sister so she could practice K-Pop in the mirror). Finally, work on nailing the correct tone of voice so you come across as confident, steely and not one to be messed with. Also important to have a signature line and growl/howl/yelp prepared for afterwards.

Study their every move! In order for this to go off without any hitches you must study your intended target. If you can afford to take multiple days off of work and other commitments (i.e. parenting), I suggest around-the-clock surveillance making note of their tendencies, their skills and the exact shape and location of their face. Stalk them to and from work, keeping track of their exact locations at exact times on each day of the week. Go through their garbage, collecting as much information as you can and make a detailed display board at home sort of like the ones psychos, or the police trying to catch psychos, do in movies. To appear non-psychotic to anyone you live with, make sure you regularly shower and change your shirt and show a wide array of emotions when asked questions like “honey, are you okay?” and “do you want to take a break and come join the family for a game of Scrabble?” and “why do you keep swatting with your hand screaming ‘BOOM’?”

Think of your future. So you have slapped this person, what now? Are you a one hit (slap?) wonder or will this be your first step down the rabbit hole as you start to go around town slapping each and every person who pisses you off? (and even some who don’t) Will you realize the errors of your ways and become pious or will you be a slapper-for-hire? Will you beg for forgiveness or laugh, sarcastically, at anyone who even suggests you should feel badly for what you did? I don’t have the answers, but I just think it’s important for you to think about the future before you begin, not only because it is a good thing to do, but will make for a much richer, more complex scene when/if Hollywood comes calling.