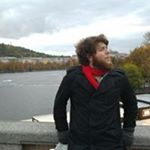 In the seven years since Clifford passed away, it’s been this job that’s kept me sane.

It’s the routine, waking up at 5:15 AM every day, hitting every stop on time, getting the kids to school and back home through traffic.

I’m good at my job, never lost a kid, never been in an accident. I used to be able to say I never missed a stop, right up until this last Monday.

I was thinking about how it would’ve been our anniversary next week. I mean, Clifford and I could never have gotten married, not then, not with his wife still around, but next week and it would’ve been ten years since the day we met.

I’d just let the kids off at the last stop when my thoughts were broken by a young voice from the back of the bus:

It was one of three kids in the back. The kids from Willow Street, the second to last stop. I was sure I had stopped there, dropped them off. My thoughts drifted back to Clifford, damn it, I swallowed my pride and went back two stops to let the kids off, I needed to stay focused on my job. No more slip-ups.

Then Tuesday it happens twice. I let the kids from Adams Lane off only to realize the kids from Bloomington are still on-board. I double back. I take a deep breath. This job is your sanity, it’s been 7 years, I have to move on. Just think about the kids. I look up at the mirror.

It’s the kids from Adams Lane. They’re still on the bus. I’d made it to Adams before going back to Bloomington, I had been sure of it. Had I not let the kids off?

That was Tuesday. I wish it was still like that. Today’s so much worse.

I keep parking by the various stops, and every time I remember letting the kids off. I start driving, I get to the next stop, I remember letting another batch of them off. I look back up, and they’re all still on the bus. Every single one of them. Most of them are crying now, one or two have managed to fall asleep, the rest have started screaming.

When I stop now, when I drive off, I have a clear memory of them rushing off, running through the open bus door, happy to get away. When I drive off they’re back on board, crying, screaming like they never got off.

It’s been more than ten hours now. It’s so dark outside. I haven’t seen a car on the road for hours. My supervisor called at around 8:00 PM. He didn’t seem to care about the kids, he was just wondering why I hadn’t brought the bus back. I was sure their parents would call the police by now.

“Pat? What’s going on? Where’s the damned bus?! you were supposed to come back in an hour ago. I’m tired of waiting for you.”

I keep daydreaming about Clifford. About the accident. About his red Mustang, the mangled mess of flesh and metal. How everything was everywhere, how he was everywhere. They never even found part of his wife’s ribcage.

I stop at Neely street, I follow the kids, I get off of the bus to follow them, and I blink. I’m back in my seat, they’re back in their seats. I open the doors again, I let them out, I follow, I get as far as seeing one kid reach for his front door, tears and snot running down his small face. I blink again.

It’s hard to break a door down without blinking, it takes two or three tries.

The kid’s on the floor, like a ragdoll, except there isn’t just one of him, it’s a pile of him. I can see two women, I’m guessing his moms, in the kitchen, they’re going about their day. It’s like it’s just the afternoon for them, going about their business in a pitch black house. I let myself blink again.

I don’t know how long it’s been. My watch has stopped working. Nothing changes. The kids cry, none of them are sleeping anymore, some of them have soiled themselves. They keep asking why I’m doing this to them.

I see a car pass by me on the road, It’s like an imp jumps into my head and whispers a thought into my mind: swerve, it’ll all be over, just swerve.

I can see its details as we are about to collide. It’s a red Mustang. As the metal of the bus meets the metal of the car I can see its driver. He is stiff, still, his eyes fixed forward like a statue. His wife is in the passenger’s seat, her chest has a gaping hole in it. It’s a near miss, I hit the back of his car. He keeps driving, I keep driving.

I’ve seen him twice more now, he’s looping around the same road, waiting for me.

I’m writing this because I want you to know why I’m doing this. Someone has to. I can’t think of another way out. No one will pick up their phone. Whenever I try calling 911 I just get radio static.

I can’t take them anymore, the lights inside this bus, the odor of soiled children, the cries and begging.

I’m going to find that car again, and I’m not going to miss it this time.

TJ Michael is a horror enthusiast and Game Designer from Israel.