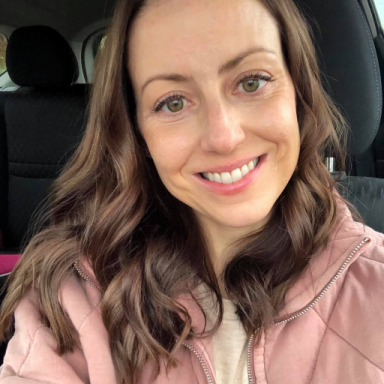 By Tina Klugman Updated May 20, 2021
Photo by Earl Wilcox on Unsplash

By Tina Klugman Updated May 20, 2021
Photo by Earl Wilcox on Unsplash

“Bang!” We heard something loud and stopped dead in our tracks. Could we have just heard what we thought we heard?

We waited a moment and listened, then continued ahead on our trek through the woods.

We had been there many times before. Not this particular place, but it felt familiar, for we had been lost in the woods more times than we could count. “Come on,” Danielle yelled as she ran in front of me through the trees, shoving aside branches and leaves.

Then we saw it. There was a huge treehouse high up in a tree about ten feet in front of us. “Look,” she yelled and kept running ahead. We were so excited to find something new and fun in the middle of the dense woods that normally seem to never end, and we couldn’t wait to climb up inside of it.

“Bang!” We heard it again, and this time we knew for sure that it was a gunshot.

“Run!” I yelled loudly. Danielle and I turned around and took back off into the thick of the woods, this time thankful for its never-ending denseness, for this time we wanted to hide, and we ran back to the safety of our homes.

I did not expect to get shot at while hanging out with Danielle, but our adventures together were always unpredictable. I never knew if she attracted danger, or if danger attracted her. I just knew that she was wild and free-spirited, and I liked it.

Danielle and I were friends by default, as she was my age and lived down the street. I lucked out having such an adventurous friend in close proximity to hang out with. Sure, she could be overwhelming at times (like the time she threw a spider down my shirt), but there was never a dull moment when I was with Danielle.

I was always up for fun, but Danielle’s idea of fun was often a bit different than mine and with way fewer rules. However, she had a way of getting me to do just about anything.

The street we lived on was at the bottom of an incredibly steep hill. After school, we would get off of the bus and slide down the hill using our Trapper Keepers as sleds. More adventures happened at the top of the hill because that was our bus stop, and we had plenty of time to kill while we waited.

After Danielle took a turn, I was up, so I hid my face and braced myself for the inevitable humiliation to come. Sure enough, a car passed. Then, a car passed full of familiar faces, including our neighbors and a former friend of mine who had moved to Connecticut just a year before. I would not have even known it was them if not for Danielle’s obnoxiously loud laugh.

I turned around and saw the shocked look on their faces. “DANIELLE,” I yelled as I yanked up my pants and took off running. It was one thing for her to constantly coerce me to do things, but it was another for me to be the one to get in trouble for all of her ideas. “My turn,” she said and proceeded to walk back to the road.

“Unbelievable,” I thought. “Does she have no boundaries? Does anything scare her?” I was utterly fascinated by her brazen fearlessness. This is why I willingly joined all of her antics. Even if I knew they were wrong sometimes, it didn’t matter, as the limits did not exist. A little voice inside of my head always told me not to listen to her, but I always told it to shut up.

Even though many of our times together involved hijinx, we had just as much fun during our innocent activities. From playing with Barbies to dancing to riding bikes, we always had a blast. I will never forget when she saw an asymmetrical hairstyle in a magazine and showed up to school with the same hairstyle shortly after. She told me that she cut it herself.

Danielle and I lost touch sometime in high school after she transferred to another school. One day I met a kid at the mall who went to the same school as Danielle, and I asked him if he knew her. He thrust out his hand and pointed to a mark. “See that? That’s from a pencil.”

“Oh, so you DO know her!” I said, snickering. I guarantee you that kid deserved it.

I never knew where Danielle ended up, and I often wondered what she was doing. Years later, before Facebook became a central point for staying connected, I tried to look her up but couldn’t find her. I called her mom and asked her for Danielle’s contact information. “Danielle is gone,” she said. I paused in shocked silence. I couldn’t believe it. “She died from an asthma attack,” she said. She had moved across the country and was living her life to the fullest until her untimely death.

I later friended her mom on Facebook and looked at the pictures she posted of Danielle on her page. There she was, with that bright smile and that free spirit shining through her eyes. Her mom often posts pictures of sunflowers, Danielle’s favorite flower. It fits her so well, bright and wild.

I carry a piece of that spirit inside of me, as she permanently influenced me to be more carefree. Danielle stayed wild and free throughout her lifetime. I wish I never lost touch with her. I don’t know where we go after our life ends on earth, but I want to go wherever she is.

I am Gen X through and through