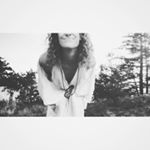 I have an old photo of my mama with waist length hair and her palms cupping the bottom of her swollen belly, drawing back the fabric of a long plaid patterned dress. In the dim lighting, she looked to be made of silk and velvet, the kind of beauty you can feel.

When I imagined myself pregnant, she was my muse. If only I could be so beautiful.

I have a stack of books on pregnancy and childbirth. I read a handful of other mom journal entries and birth stories, about the potential ecstatic experience and the subtle irony of the dreaminess of sleepless nights. I did not read to the end of a single book, though, nor did I even open half of them—I thought they assumed too much, like so much of what was offered by other mamas to me. I thought there might be some sameness to our experience. And there was. And there wasn’t. I wanted to lean into what I believed was an incredibly intimate experience, unswayed and receptive to what was just mine and my babe’s. Every now and then, I glimpse at the compassionately instructive pages of the relative postnatal works from the pile, but mostly I listen to Just Kids by Patti Smith while breastfeeding past 2 a.m., relating to her birth as an artist over anything else.

When I imagined my own birth as a mother alongside my son’s, I figured it was the expansion of creativity, both literally and artistically—that while he slept, I would write poems and have a more visioned, wider space for art, that I would have a greater audacity to make and celebrate beauty.

I have a quiet grief for my pregnancy that I tease by looking at the photos collected as my belly grew. As I let it grow. As I came to let go of ways I had battled against this body—as “taking care” of it became less of a threat to my satiation and pleasure and more of a prayer of thanks. I felt far more alive, with a deeper listening that heeded cravings for cheese and potato chips as much as it did the ways I chose to move. Food and exercise became like ritual instead of mere task or obligation. The time I had was 35 weeks of healing and refining a strength that looked a hell of a lot more like softness. Pregnancy was the greatest freedom I have known. Though indebted in all that I took in and gave out to this being I was host to, I felt so very free—and for that, well, beautiful.

And now there is less to imagine.

And beauty has many angles.

And some of those angles, yes, are soft right now. The ones tracing my hips and filling my chest. The ones where Henry once bloomed, now relieved of the stretch. The ones that foster patience and allow time for healing—the ones that are neither rushing nor put out by change. And certainly the ones of my heart.

Some of those angles are, yes, refined right now, sharper. The ones of my priorities and faith. The ones honed by self-trust and tenacity. The ones that demand honesty and are quick to discern between what is needed and not, what will nurture and what takes away from. The ones that maintain sovereignty in the unraveling and revealing; the ones that make no apologies for what is altered and what is steadfast. And certainly the ones of my heart.

My heart is soothed, mostly, harmonized and favoring personal truth over rightness. Even in the ecosystem of hormones, it has that peaceful, easy feeling the Eagles made a song describing.

The last photos I have of myself pregnant were in the bathtub. I tried to get the angle right to capture my astoundingly round belly and not too much else. Now there is not too much of that belly and so very much of everything else. My little man is here and every nuance of feeling like a mother I had with him in womb is now in action, the imagined finding its balance with the real. Just as happens in romance, made such for it’s impermanence, just as happens in travel and matching the photos with the smell of salt water and cinnamon, just as living in the wake of the last decision you committed to and watching your life alter around it. Just as my pregnancy was a compilation of a photo of my mama and a pile of peeked at books met by my personal metamorphosis. Just as what you find beautiful is often because it is tethered to the beauty within you. And so, then, are you finding it or making it? From what angle are you viewing the world, your life in it, yourself?

I am tired and back in the tub for being sticky with milk, and this too—however early my leave from enjoying pregnancy, however the early introduction to motherhood is making it’s revisions—is beautiful. However you are being altered, made new, revealed, experiencing a birth, is, if you see it that way, beautiful.

my first acupuncture appointment was for insomnia + a broken heart.