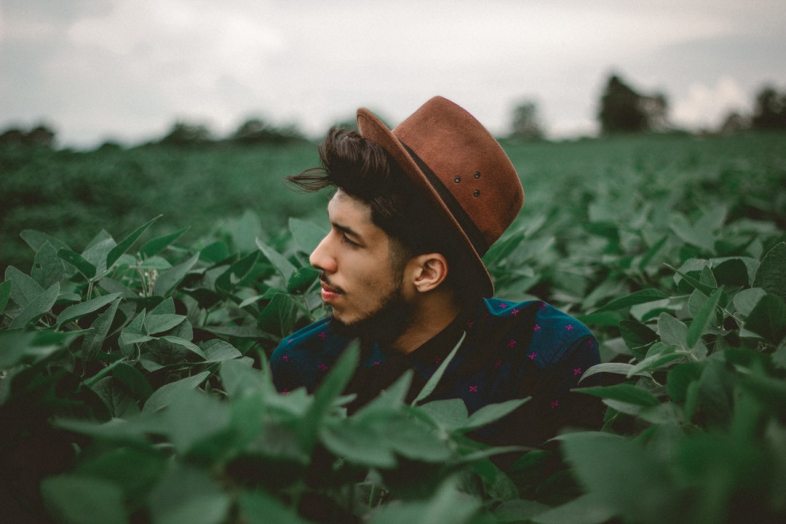 1. Mass murder at my neighbor’s house

Both my parents are from the UK, so when I was young, we would go visit my grandparents there over the summer. Usually it would be planned such that my cousins would go at the same time as us. So as it ended up, all the adults would sleep in the upstairs bedrooms whilst all the kids would be sleeping on the floor in the living room. Of course, we stayed up all night playing video games. Late one night we hear a crashing sound, and all look up to the huge windows and sliding doors in the living room that border the back garden. We see a figure crashing through the back yard fence, sprint across the back yard, and peer into the large glass windows at our young, terrified faces. He gives us a quick grin and sprints to the other side of the yard and hops the fence and is gone. All this happens in the space of about 10 seconds. Needless to say, my cousins, siblings, and I all dart upstairs and awaken all the adults. Cops are called, and they start searching the area, and knocking on neighbors’ doors. One house doesn’t respond. Finally they choose to break in. They find an entire family of 3 generations and 6 members murdered in their beds. It was a random attack, as they caught the guy a few hours later, and he had no connection to the family at all. I don’t want to think about if he had picked my grandparents house instead.

2. My friend’s father tried to murder us

When I was about 9 years old, I went boat camping with my best friend Rachel and her family. Rachel’s family consisted of her older brother Ian (who was 12), her Mom Linda, her Step Dad Larry, and Larry’s brother and his girlfriend.

Growing up in Oregon, “boat camping” is when you would fill up your boat with all of your camping supplies, then cruise along the shoreline of a river or lake, and pick out a spot to camp. Usually it was a great experience to be out in nature, away from the usual annoyances of camping with strangers in a campground. However, the only way in or out was by boat, and this was in the early 90s before cell phones.

We had found a great spot along the Columbia River and set up camp. We ate dinner together, and then the adults drank some beers while we played in the river. As the sun went down they started a fire, and we got ready for bed in our tent. That’s when we heard arguing coming from outside. We opened our door and witnessed Larry grab Rachel’s mom by the arm, and swing her through the air and slam her onto the ground. She screamed in pain. We could tell Larry was drunk. He drank often and was usually an angry drunk. Larry’s brother put Linda into the boat to take her to the hospital, leaving us there with drunk Larry and only his brother’s girlfriend to supervise. Larry began to throw everything in sight into the fire. Lawn chairs, a boom box, beer bottles… “The Girlfriend” tried to stop him, but he smacked her in the face and she ran off into the woods behind camp. As if he could feel us watching him, Larry suddenly turned to our tent and started making his way towards Rachel and I. We tried to zip the door closed, but he shoved his head inside. “You kids are fucking worthless! You don’t deserve to live! I should drown you in the river right now!” We were cowering in fear, trapped in the tent. Then Rachel’s brother came up from behind him and hit Larry over the head with a rock, knocking him out. We scurried out of the tent and all ran into the woods to hide. We had been running for about 5 minutes when “The Girlfriend” called out to us. She was hiding up in a tree. We decided this was our best option so we found other trees nearby and climbed up. We waited up there in the dark for what felt like hours before Rachel’s mom came looking for us. Her arm was in a sling, Larry had dislocated her shoulder. She informed us that Larry’s brother had taken him to the hospital for his head injury, so we were safe. We climbed down from the trees and spent the night at camp. The next day Larry’s brother returned to take us all home. To this day I can’t believe they left us there with that alcoholic asshole. We told Rachel’s mom what happened after they left, that Larry had threatened to drown us, and she begged me not to tell my parents. My mom is my best friend though, so of course I told her right away. Rachel’s mom actually stayed with Larry after that, so I was no longer allowed to play at her house. While it was a terrifying experience, I decided that I would never date anyone that was physically abusive, and I never have.

3. A fellow soldier murdered his wife

When I was in the military, there was a soldier in my platoon that started having significant psychological issues. He was put on medications (Xanax being one of them, I believe), and one morning he drove onto the base high as a kite. From the tire marks in the road, the military police said he must have been going about 60 mph when he slammed on the brakes (speed limit was 15 at that hour) to narrowly avoid hitting someone in the crosswalk. They arrested him for DUI and found a loaded pistol in his glove box. They took him to Walter Reed Army Medical Center (the old one), where he was declared to not be a danger to himself or others by the doctor, despite chewing his fingers nearly raw and attempting to burn his headgear.

So he is put on base restriction, stripped of his rank, etc., and the process begins to get him out of the military ASAP. And they did, quite quickly. I told some civilian friends that it was terrible how they were treating him, and that they needed to get him help before he kills someone or himself, rather than pushing him out the door.

At this point, I was scheduled to go on leave for a week or so, and I did. I came back from leave, signed in, and went to bed. The following morning, we had an unscheduled company formation (my platoon was a bit “special” in our duties, so we generally did not participate in company formations). Our First Sergeant informs us that this soldier, who was now civilian, was involved in an altercation with police and is dead.

This soldier got drunk, chased his wife into a closet and fired multiple magazines through the door, killing her. He then drove up the main highway, where the police attempted to pull him over. As the officer approached, he grabbed a handgun and shot the officer in the chest. The officer was training a rookie that day, and just happened to be wearing his vest. The officer survived. The chase ended just before crossing into Washington, D.C., where he pulled over and committed suicide.

Our commander put a gag order on us, telling us not to talk to reporters or police. Hindering a police investigation is a crime, so that part of the gag order was not lawful and I cooperated with authorities. They informed me that this soldier was found in his vehicle with multiple pistols, assault rifles, and hundreds if not thousands of round of ammunition, all loaded.

I later found out that just a few days earlier, this soldier came back to the base, walked into the building where we worked, looked around, and quietly left without saying a word. Only a couple of people were there, and we started thinking he was there to light it up but it wasn’t worth it.

Remember when I said the doctor declared him not a threat to himself or others? That doctor was none other than Nidal Malkik Hasan, the Fort Hood shooter.

15 People Describe The Most Terrifying Paranormal Thing They Ever Experienced