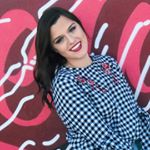 By Terry Harrison Updated January 28, 2019
How To Be Single

By Terry Harrison Updated January 28, 2019
How To Be Single

I grew up with four older brothers so I haven’t a clue what it’s like to actually have a sister but I know what it’s like to be a sister. I’ve always wanted a big sister or a little sister that I could talk to and help give advice to, but I just never had that. So, instead, here today I am your big sister. You – the person reading this. Let me enlighten you on the wonderful and scary world of dating and breaking up.

First of all, let’s talk about how terrifying first dates are. The thought of starting over and going on another first date with someone new after a breakup is heart-wrenching and nerve-wracking. Especially in this day and age of online dating. Do I have to kiss him? Do I have to curl my hair or can I just leave it straight? Is this red lipstick too much? Listen, I’ve popped open a bottle of wine and chugged at least half of it before my last first date. It’s not that I necessarily recommend getting wasted before a first date, but a glass or two will help calm the nerves. That’s beside the point though. The point is that eventually, you will have to go on a first date again. I know it seems like you’ll never get to that point, but I promise, you will. This article is to let you know how you can get over being dumped. To be quite honest, I’ve kissed my fair share of frogs in the past. So I think I have enough experience to create my own Terry’s declassified breakup survival guide on what to do when things go south. Don’t worry, it doesn’t involve wallowing in self-pity for days on end.

Step 1: Grab a trash bag or a box immediately after the break up happens and stuff every last thing he/she ever gave you in that bag or box and throw it in your closet where you can’t see it. Don’t burn it or throw it away just yet – someday when you’re over this, you’re going to want to look back on these things and remember that part of your life. Though it may have ended badly, it wasn’t all bad and someday you’ll want to remember the not so bad stuff. It might seem crazy that I’m saying that, given the fact that I’ve thrown away a Pandora bracelet that my ex-boyfriend gave me, but I think it’s healthy to keep the memories for when you’re old and married and want to look back on your life and realize how blessed you are that things didn’t work out with the wrong person, so you can appreciate the right person in your life.

Step 2: Call your friends. You NEED to be around people who love you right now. Call your friends, call your family, but just don’t call your ex. If your friends are actually your best friends, they’ll be there in a heartbeat. If they can’t, they’ll face time or call to make sure you aren’t alone. Have a friend bring you wine and junk food. This is your time to wallow. You’re going to pull out that Kim Kardashian ugly cry face and get all those hurt feelings out of your system. This HELPS! Tell them literally everything your ex told you when he broke up with you. Word for word. Chug wine and cry for an hour straight, or more if need be. You need to get that out of your system. Your friends will be checking up on you throughout the next few weeks until enough time has passed where you can finally start to get over it.

Step 3: DO NOT FORGET TO EAT. I get it. You feel sick to your stomach and the last thing you can think about right now is a greasy burger or pizza, but please for the love of God – EAT SOMETHING. It’s okay to skip eating for a day but you better eat on day 2. I swear. If not, you won’t have any energy for the rest of these steps. Go make a smoothie, eat a salad, EAT SOMETHING.

Step 4: Keep yourself busy. This is super important. Ask your boss if there’s any overtime available, dive into a new project at school or work, pick up a new hobby, or hell- even read a new book! The world is your Oyster. This is your time to find who you were before that relationship. It’s your time to shine. Have you always wanted to start eating healthy and working out? No better time to look up yummy recipes online and check out your apartment gym for the first time since moving in. Into crafting? Make a tee shirt, make a birthday card for your grandma, and paint a beach scene on a canvas. (Michael’s has really affordable canvases and paint!) CREATE! Make music if that’s what you’re into. Just don’t allow yourself to sit around and wallow for days on end. It’s not healthy and it gets annoying fast. Just think about how many awards Sam Smith has won because his heartbreak led him to create an album that millions of people love. That could be you. Get out there and CREATE!

Step 5: Don’t let this breakup keep you from reaching your goals. I know how easy it is to get distracted by the heartbreaking things he said to you during the breakup, but IT IS NOT THE END OF THE WORLD. Don’t fall behind at work or school. KEEP PUSHING YOURSELF. I know somedays you’re not going to feel like going to class or to work because all you want to do is cry. You’ve done that already, move tf on. He is not the only guy in this world. He isn’t calling out sick from work to sit in his bed and cry about you, so why would you do that?

Step 6: It’s a tough pill to swallow, but he was NOT the one for you. Any guy who leaves your life willingly was never meant to stay in it anyway. Don’t get caught up in the “what ifs” because if he wanted to be with you, there is nothing that would stop him from being with you.

Step 7: There are going to be days when you think it’s okay to contact him because you miss seeing his name on your phone sending you cute texts or tagging you in funny posts on social media. BUT THAT IS OVER NOW. Get a grip, this guy doesn’t care. He broke up with YOU. He knew that by breaking up with you that he would no longer be a part of your life. Respect yourself enough to not contact this guy. I know how hard it is when you care about someone, but when they break up with you, they are being very direct. They do not want you in their life. That’s okay, that’s fine. Respect their decision. They just did you the biggest favor of your entire life. That’s just life – you have to face the facts here and respect yourself enough to know when enough is enough.

Step 8: Go out. Stop sitting at home every night because you feel too sad to go out. I am a total homebody even when I’m in a relationship, but once in a while you should push yourself and go out with your friends. You don’t have to go clubbing if you don’t want to. Go to an amusement park, go to the library, give yourself a spending limit and treat yourself to the new pair of shoes you’ve been eyeing for the past 2 months. Do SOMETHING! Sitting on the couch and binge-watching Gilmore Girls is fun and all, but you really need to get dressed up and do something for yourself. Start living again. Your life didn’t end just because some guy didn’t want to be a part of it anymore.

Step 9: Don’t stalk him on social media. My ex broke up with me and then on the same day, he unfollowed me on all social media. But honestly, he did me a favor. If he hadn’t, I’d still be stalking his profile to see who he’s following now, or if there’s a new girl in his life. None of that stuff matters anymore. Your life with him is over, but your life with yourself is just beginning.

Step 10: Journal. Write down your thoughts. Write down your feelings. Document these moments so you can look back a few weeks or months from now and see how far you’ve come and how stupid you were. There’s something about putting your thoughts down on paper that is so therapeutic. Listen to music while doing this. Trust me.

So that’s all I got. Those steps have helped me every single time a guy has told me “It’s not you, it’s me.” I really hope this helps at least one person out there. I remember my first breakup, I had no idea what to do with myself. It gets easier. You’ll start thinking about them less and less, and then eventually you’ll meet someone new and all will be right in the world again. The important thing to take away from all of this is that while I know that it feels like your world just ended, but it wasn’t actually the end of the world, just the end of a world that you had with that person. (That’s from a Drake song. So please don’t Soulja Boy me on that one)

Always remember that you have to love yourself as much as you’re trying to love someone else. You are important, too. You deserve the world, too. Stop doing so much for guys who won’t even call you just to check in. Invest in yourself before investing yourself in another relationship. Take your time, go on a few dates. Not every guy has to be the guy. Don’t stop living your life for someone who isn’t even thinking about you. Someday, a few months or years from now when you’re in a new relationship (or even married!) you are going to remember the breakups you went through and how stupid you were for beating yourself up about them for so long. I hope you all realize your worth. I hope you all realize that you aren’t doomed to be alone forever. God would not take something away from you if he didn’t intend on giving you something far greater in return. Remember that. You have so much to look forward to! Get out there and do stuff.

Dog hair is a fashion statement

Breaking Up Breakups Healing Moving On

10 Things You Learn After Your First Loving Relationship

I’m Infertile, My Sister Is Having A Baby, And Here’s How I Deal