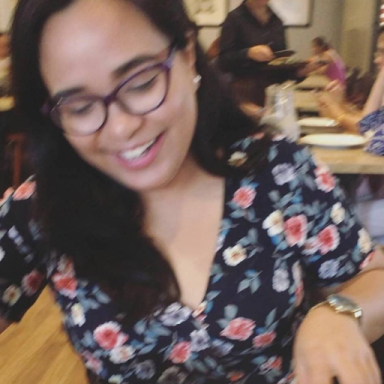 It is early morning and we run into each other for the first time in a long time.

Our eyes meet, and he offers a smile – tentative, as if meeting a person for the first time.

And for a moment we battle with our wits, recalling the accepted etiquette between two souls who were once in sync but had chosen to let go.

He walks over to me and the most deafening silence falls. He asks if he could join me. I nod and he sits across me.

I ignore the familiar pang of sadness at the pit of my stomach. I breathe through the longing that starts to hit me in waves.

He lets out an awkward chuckle and attempts to break the silence with silly humor. I laugh a little.

He asks how I am, and I respond. He tells me he’s glad that I’m doing well, his hand touching mine.

And in that touch, I am transported to that night several years ago.

It was 3 in the morning and everyone had too much to drink. In his drunken stupor, he pulled me in his embrace. He held me close, desperate to rid himself of the loneliness that had become deep-seated in his bones. I let him hold me, hoping to erase every ounce of the pain away.

But the vulnerability that inebriation allows to flit through melted away as his sober façade once again took hold. And as the first rays of the sun hit us, we broke off from the embrace, blamed it all on the alcohol, and laughed with the pretense that we were whole.

In the present, silence falls once again. I ask something mundane, to which he replies. He tells me about a song that our favorite band recently released.

I smile. Memories flash before my eyes.

The summer night we listened to our favorite songs. The debates about movies. The agreement that 2006 was a good year for music. The middle of the night phone calls to talk about the most random of things. Walking for hours talking about alternate universes and conspiracy theories.

The broken promises. The months that passed without even a phone call.

The day I woke up and realized that I wanted to call him, but I was no longer sure that it was okay to.

The day when I realized that we had reached a point where we had lost a connection that was so beautiful that it felt sacred. And that the moment for rekindling had already passed.

He laughs and I blink away the memories. He tells me that he needs to go. I nod and tell him that I need to go too.

We both stand up. We look at each other, unsure whether it was appropriate to hug each other, or too cold to say goodbye with a handshake.

He shrugs and decides to hug me.

And for the first time in a long time, I allow myself to recall the memory that I had long buried in the deepest abyss of my mind for my sanity’s sake.

It was the first time that we had seen each other in over a year. I walked over to him to say hello. He pulled me in his embrace, and I thought that all was right in the world again. But when he held on to me for a moment too long, I knew that something was not right. And when I saw the sad smile on his lips and the goodbye in his eyes, I knew that the two souls that were once in sync had reached an irreparable end.

For that was how we ended – with silence. There were no words of gratitude for the life shared, no apologies for the pain caused, no expression of regrets for the losses, and not even a goodbye to a person whose soul once fit with yours so perfectly. There was nothing but silence.

I step away from the hug and tell him it’s good to see him again. He nods and smiles at me.

And I walk away. A few moments later, I pause, and I look back.

And in that fleeting moment, in the silence that falls as he watches me walk away, I swear I see it in his eyes – that he, too, remembers.