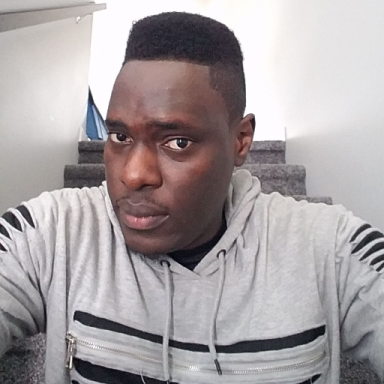 Lately, I find myself taking a hiatus every now and again from social media for the same reason—information. Better yet, misinformation. I am mentally exhausted from both spectating the futile exchanges of those vociferously defending the missteps of their political persuasions and holding back my tongue from inserting myself into such arguments. Instead, I read a book, listen to music or sing.

It has become clear to me that the threat of misinformation is way worse than it has ever been. And we are all guilty, either by actively participating in its spread or passively watching because we assume it is none of our business.

As someone who is not yet tethered to one side or the other, I have watched the same story told differently, depending on what news network you are accustomed to. There is only one reason for this. The news or whatever information being disseminated is not meant to inform but to influence. And with influence comes control. The reason we fall prey to this is confirmation bias.

Confirmation bias is that feeling that makes you seek out information streams that corroborate your preconceived notions. It is why you automatically assume your child is the best in their class. The reason you are not quite able to admit that your child is the class bully even in the face of facts. Because that is YOUR child. It is this unwitting ownership of, or kinship to political groups that makes us both gullible and fallible. Like fans of sports teams, we always assume the referee/umpire is biased when the call is against our team. We seek out crowds and friends that already agree with us. It makes us comfortable. It eliminates awkward conversations or arguments from workplaces and social gatherings. Unknowingly, it breeds and multiplies ignorance. We continue to cluster with only people who look and think like us, building intolerance or aggression to foreign ideas or concepts, dismissing either without first weighing them against our existing thoughts or even bothering to understand. Of this, we are all guilty.

While it would be naïve to expect everyone to believe in the same concepts, we could all work on being more objective in our assessment of situations and facts. Before you defend that action by a Democrat simply because you have given yourself the voluntary baggage of identifying as a Democrat, how about you assume it was done by a Republican and see if you would still defend it? Conversely, before you applaud a policy by Republicans, assume it was introduced by Democrats and check if you would still be a fan of that policy. The point is, do not shackle yourself so completely to an ideology or a politician that you accept and defend ALL they represent or claim to represent (I have come to realize the two are rarely the same). The same politicians you spend so much time defending will jump ship as soon as their electability becomes more likely across the aisle. Beyond those ideologies you think they stand for, they just want to be reelected. Most would say anything, wear any hat, or dance naked if it would get them elected. Have you ever wondered why they only speak truthfully after they decide not to seek reelection?

Finally, stop regurgitating the opinions of paid political talking-heads. Stop telling me what Sean Hannity or Rachel Maddow thinks about a policy or an event. Do not retweet that inaccurate article, photo, or meme shared by a random person on the internet just because it agrees with your perspective. Instead, sift through multiple streams of information and retain only the facts. Think for yourself! Stop accepting, defending, or ignoring lies just because they come from people you respect or admire. Seek out information and chase facts. Stop allowing people to control you by exploiting your fears, prejudices, and ignorance. Educate yourself and abandon those prejudices! Spend less time being Republican, Democrat, or whatever subgroup you have yoked yourself with and more time being a good person.

I use metaphors to illuminate dark issues, remove all doubt.