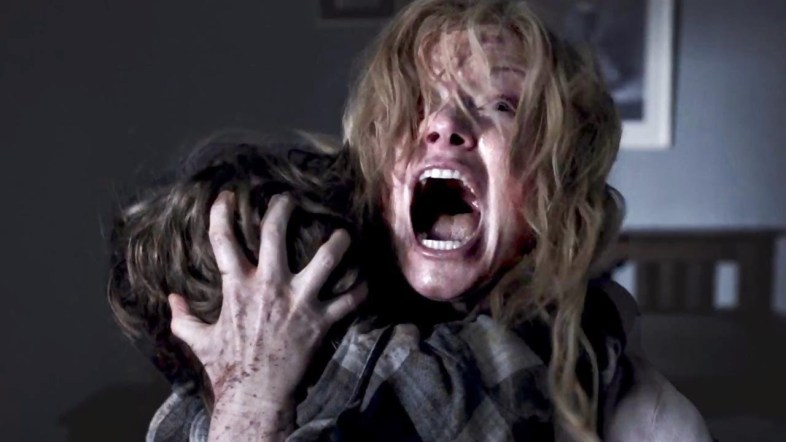 Australia’s The Babadook has a rightful spot on any short list of the best horror films of the past 10 years. Drawing on everything from German Expressionism to gothic fairy tales to the atmospheric horror films of the 60s and 70s, The Babadook is intelligent, visually dynamic, and, most importantly, really scary. Former actress Jennifer Kent’s debut directorial effort is so effective because it knows that the best horror films draw inspiration from a mundane dread of everyday life rather than monsters and gore. Much like The Exorcist channeled fears of burgeoning female sexuality, Dawn of the Dead targeted the horrors of consumerism, or Rosemary’s Baby depicted pregnancy as demonic incubation, The Babadook finds sinister truths in common experiences like grief and parenting. Following a single mother and her young son, the film at first looks like another of the genre’s “possessed child” entries, but Kent takes the more fascinating route of “maniacal mother.” Both leads, Essie Davis as the mother and Noah Wiseman as her 6-year-old son, are beyond fantastic and worthy of serious award recognition. Their performances, and Kent’s skilled direction and layered scripting, contribute to a horror film that is as emotionally resonant as it is frightening – and again, it’s real goddamn frightening.

10 Words or Fewer Summary: What happens to viral sensations after we ruin their lives? 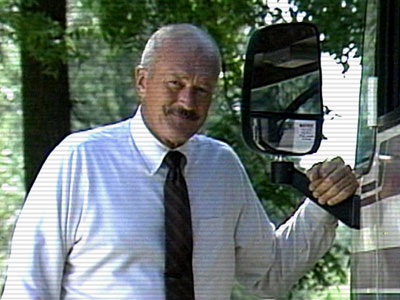 You’ve probably seen the infamous proto-viral video – an explosive spokesman for the Winnebago corporation screaming obscenities and seemingly suffering a mental breakdown during an extended blooper reel of outtakes for a late-80s promotional video. It’s always been one of my favorite internet videos, chiefly because the guy’s beautifully articulated fury is so clearly directed towards himself and his own inadequate performance; there’s a level of searing self-hatred on display to which I could really relate. Documentarian Ben Steinbauer tracked down the apoplectic host, a man named Jack Rebney who lost his job because of the outtakes and thereafter took on a hermetic existence in the mountains of northern California. Rebney is a dynamic figure, and Winnebago Man succeeds entirely because of him. He is a series of conundrums: shockingly intelligent, yet prone to obscene rants, and so curmudgeonly and antagonistic that he can’t recognize his own desire for human connection. Unfortunately, the documentary around him doesn’t share Rebney’s wit or conviction, and Steinbauer tries to pigeonhole his star at every turn. But despite Winnebago Man‘s flaws, Rebney makes it easily worth a watch – if only scripted films could have characters this nuanced and original. 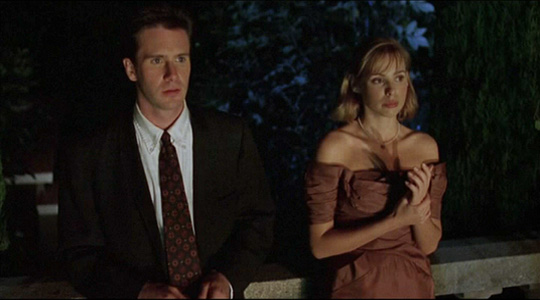 Twenty years later, Noam Baumbach is still making his own brand of hilarious yet bittersweet comedies (I’ve already written about subsequent efforts like Greenberg and Frances Ha in previous installments of Netflix gems), but it all started with 1995’s Kicking and Screaming. Think of this mid-90s tale of twentysomething malaise as Clerks for the intellectual crowd – it’s the quintessential “What the hell do I do after college?” movie. That said, the sheltered navel-gazing of its characters would’ve been unbearable if not for a biting sense of humor, wonderful performances, and Baumbach’s clear sense of compassion towards these often infuriating kids. Finely crafted and deftly directed, Kicking and Screaming occasionally strives too hard for quirky endearment, but it usually hits that note with grace and charm. 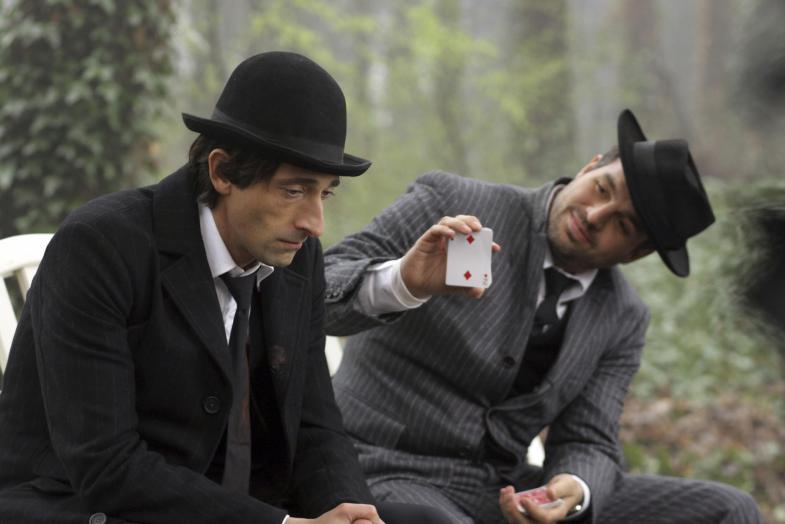 Movies about cons run the risk of becoming empty shell games, emphasizing plot twists and misdirection over character development and narrative resolution. These are the movies that shock you in the final reel, but which moments later fall apart upon the most cursory examination. Rian Johnson’s The Brothers Bloom avoids this pitfall by incorporating deception and showmanship into the very heart of the endeavor; this is a film about storytelling – about the lies we tell not only to entertain ourselves, but also to make life bearable. Witty and well crafted, Johnson (director of an upcoming Star Wars installment) employs a talented cast (Mark Ruffalo, Adrien Brody, Rachel Weisz) to deliver the goods on an intelligent script. 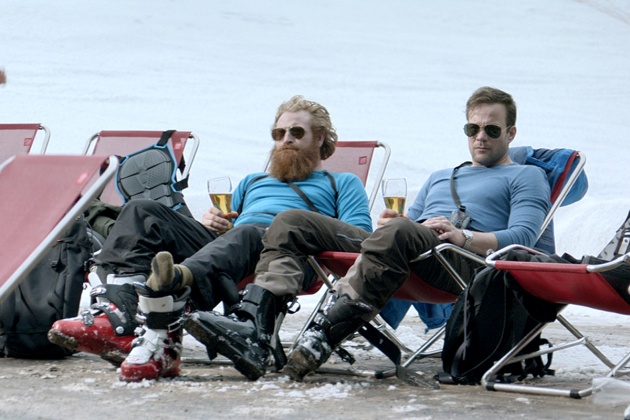 This enigmatic Swedish character study struck me as a fitting companion piece to The Shining – both films take place in fancy hotels isolated by snow and mountainous terrains, both are disturbing and foreboding, and both dwell on familial horrors. And in both, families are really just breeding grounds for resentment, anger, and conflict. In Force Majeure, a father’s cowardly response to a near-death experience during his superficially perfect family’s ski outing causes strife with his wife and children. Force Majeure is an unsettling film, narratively restrained but with a touch of the absurd, and you’re never quite sure where it’s taking you. The result is unbearably tense – you keep waiting for an explosion, almost hoping for something to puncture the mounting pressure. That explosion never quite comes, which might make the film a frustrating experience for certain viewers. But it’s impeccably well-crafted, with stunning cinematography and superlative performances. Director Ruben Ostlund shoots the film in long takes from wide angles, simultaneously gorgeous and ominous shots that highlight the frailty of this rather pitiful family bickering amidst nature’s intimidating scope and cruel indifference. 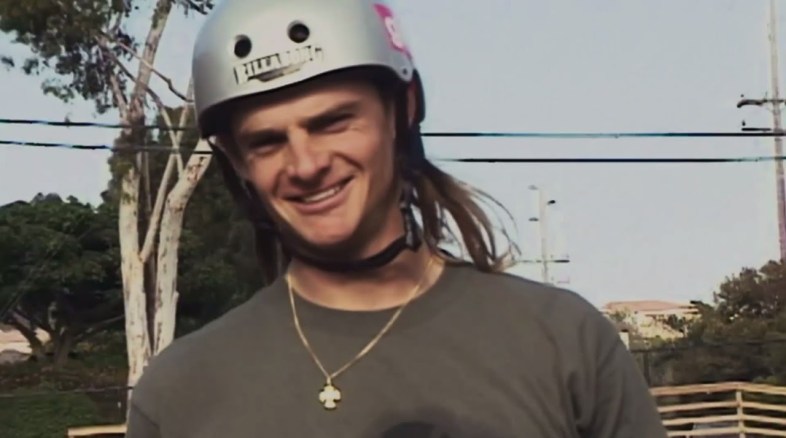 This captivating documentary about two world-class skateboarders from Australia follows the standard Behind the Music formula – humble beginnings, meteoric rise to success, decadent partying, and then a prolonged and horrific free-fall from stardom into a drug-laden wasteland. It’s well-covered ground, but it’s also the kind of story that’s hard to look away from no matter how many times you’ve seen it, and All This Mayhem is well-crafted and stylish enough to elevate itself over many of its peers. The Pappas brothers at the center of the story are fascinating – irascible and outrageous, they seem constantly at war with themselves and the world at large. However, one of All This Mayhem‘s unexpected pleasures is the way it taps into a very specific niche of skateboarding culture – everyone in this film freaking HATES Tony Hawk and the mainstream, corporatized X Games fad he came to represent. It’s hilarious. All This Mayhem isn’t just the story of two misguided brothers, but a love letter to a grittier, punk rock vision of skateboarding. It features a ton of rare skateboarding footage if that’s your bag, but I don’t give a crap about the sport and I still really dug the movie.