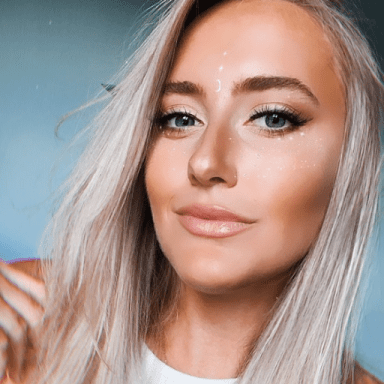 There is a very fine line between love and dependency. Opposite emotions can stimulate the same parts of our brains, our nervous systems react correspondingly, and whether it’s your first time experiencing it or the tenth, it can get fuzzy as to where to draw the line when it comes to these feelings in our personal relationships.

It’s a big reason as to why we settle. Why we succumb to relationships we know we are better off not being in. Why we put up with the bullshit day after day, it’s nice to feel wanted; it’s even better to feel needed, even when it’s with a person we’re better without. It’s challenging to differentiate bad luck/poor timing (however you position it) with the cold, hard fact that maybe something you’ve put so much effort into just isn’t right for you. It isn’t until you find the real thing that the other side of the blurred line gets a little clearer—the difference between love and dependency.

Dependence brings on very intense feelings, whereas love is straightforward and light. This can lead to a lot of confusion, especially when you finally enter a healthy relationship and wonder why your heart doesn’t “skip a beat” the same way it did with the person(s) prior. It’s not that there’s something innately wrong with you for experiencing stronger feelings in the toxic relationship; biologically, it was stronger—just not in a constructive way. The physiological breakdown between a healthy and unhealthy relationship is incredibly different, yet disguisedly analogous.

To explain, I’ve broken it down into a battle of the adjectives.

Let’s start with anxiety vs. anticipation.

Anxiety is present in unhealthy relationships. It’s that heavy feeling in your chest you feel waiting for them to respond back and the thrill when, this time, they actually do. It’s after an argument, when you’ve been beat down so much mentally that you accept whatever direction will just make the negativity stop, and those short lived euphoric moments post-resolution. When you’re in an unhealthy relationship, you get addicted to the thrill of the ups and downs, because at the core of what you both are, is a cavity that can only be filled with the false hope of what you lack.

Then there’s the flip side: anticipation. Anticipation holds no deadlines. It’s the eagerness, the pleasure that surrounds seeing or hearing from the other person, and not because you’re unsure when or if it will come. It’s the confidence of knowing what is yours, and the acceptance that no minor lapse of judgment or period of reticence will change or get in the way of what you have. Both feelings have a tendency to make your heart race and control your thoughts—the main difference is that one is excitement that comes hand-in-hand with assurance, while the other is led by fear of the unspecified.

After the period of anxiety/anticipation, comes the relief vs. happiness complex—the light airiness of it all.

In a dependant relationship, you finally get that response, you finally get to see them, and maybe you even get to be yourself for a shining moment and not have to worry about the repercussions or an argument springing about. Everything is good for now—we like to collect and bask in these airy moments when things are easy, just before the inevitable cloud of anxiety returns.

In a healthy relationship, there is nothing but happiness that follows anticipation. You knew they would respond, you knew you would see them soon, you knew you could be a complete goof and your unfiltered self and not have to worry about the repercussions. The line here gets thin because, as we know, every reaction has an equal and opposite reaction. What follows a period of high intensity comes feelings of alleviation. Relief is a feeling or reassurance following anxiety or distress. Happiness is having a sense of trust and confidence.

Allow me to segway into my last defining point: possibility vs. promise.

Growing up as the youngest of 6 girls and watching my sisters each go onto their own successful marriages, I always had to ask the age old question: “How do you know?” Their identical answers never came with much consolation: “You just know.” This always agitated me growing up, because I thought I’ve “known” 101 different times—but how are you supposed to know you know until you actually know, ya know?

The labyrinth of supposed thought makeup is arduous, and I wish I could exercise more knowledge in the form of an explanation, but I too will leave you with: “you just know.” It’s a feeling at the start of each morning, and the end of each night. It’s anticipation, it’s happiness, it’s promise. There’s not an inkling in your mind about whether or not that person is going to accept you—you know that no matter how far you go off the irrationality scale, the unconditional love is there. You know you need not worry about them when you’re not around—what they’re up to, who they’re with, where they’re going—because you know it will be alongside you. Possibility, however, is likelihood—it’s risk, it’s hope without full grasp.

When you know is when you’ve been on both sides of the blurred line and suddenly see that line is actually far more distinct than you ever thought possible. Your relationship should be your safe haven, not a battlefield of guilt trips, anxiety and disorder. This isn’t to say that once you’ve found your person, there won’t be conflict—because there absolutely will be. The difference lays in the level of conviction, the effort put forth to resolve, the lack of indignation. It’s in the unproblematic zest to be next to that person again, the happiness you bring each other, and the promise that no matter what comes your way, you will be supported wholeheartedly, together—without a doubt.