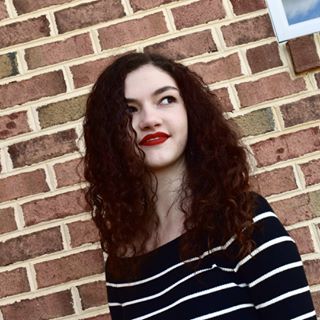 I was someone who was a perfect representation of a naive soul thinking that everyone, at this point, should not only know the term feminism but also understand it below the surface, whether they agree with it or not. Too optimistic, perhaps? After a few months of observing the aggravating actions of a few peers in a multitude of environments, it turns out this world has quite a large mountain to climb. Although there have been several magnificent strides made by today’s activists, a few of these misconceptions are experts at dimming their light.

Feminism is a New Concept

No one should really be winning an award for practicing the concept of equality. In fact, it’s dated back since the beginning of time and should ultimately be seen as common sense. The act of suppression, however, knew how to hide it well. Fortunately, the world we live in today, even with all of its trials and tribulations, has finally had the capability of making way for the freedom of ANY voice to start breaking barriers. It’s been a slow process, but with years and years of build-up, so many are starting to see some action, and even greater, results.

It Can Be Made to be Someone’s Perfect Excuse

Feminism should never be used as an excuse to do something that one wouldn’t otherwise. I’ve witnessed this too many times where someone has taken illegal or immoral action in something and has uttered the word “feminism” as their rationale behind it, thinking it’s their newfound rite of passage. The term is used as advocacy for equality and freedom for basic human rights, not to be used as someone’s privilege for their personal agenda.

Feminism is its own entity even though the concept may seem to act more in line with one political party over the other. By initiating a stereotype of who may believe and act upon it, creates a restriction that feminists strive to fight against in other politically charged areas.

The Term Allows for Women to be ‘Better Than’ Men

A lot of times, people may mistake a woman feminist trying to be better than men after so many years of inequality. If that was the actual circumstance, then history would only repeat itself, and that’s in no way the goal. After all, it takes greater strength to lift one another up after so many years of tearing each other apart. Isn’t that the better plan?

It’s a ‘Women Only’ Club

With that being said, anyone may have the opportunity to be a feminist whether that’s a man or a woman. If anything, seeing anyone join from every type of background exercises inclusivity, which is a notion still needing heavy action.

Unfortunately living in a world where someone can make unwarranted sexual comments to another individual is a harsh reality. However, some believe that feminism somehow warrants a free pass. While feminism is about fighting for freedom of equality, including sexual freedom, it doesn’t however, waste energy on crude behavior.

It’s Only a Politically Charged Title

Everything that the word “feminist” stands for makes the word itself seem powerful. Although, without the constant action and work placed behind it, there would be no such thing as a feminist movement. Like any title one may possess, this needs to be rightfully earned, not to be mistaken for words with no legitimate backing.

Most likely sipping on an iced latte, making my way in NYC