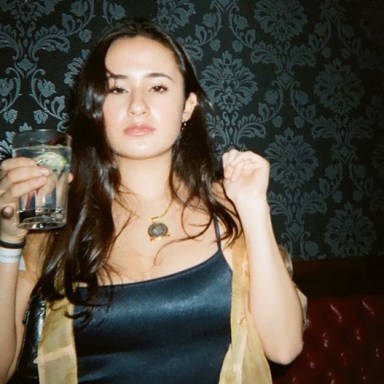 1. “I love an aggressive conversationalist. Call me an idiot if I’m being an idiot. Verbal sparring is a huge turn on.”— Dean, 23

2. “I’m weak for chicks who are not only cool with hearing crude jokes, but who can crack them, too. A woman with a raunchy sense of humor is golden.” — Enzo, 21

5. “I love when a woman dominates the classroom. If she has a strong opinion on a certain subject and she can debate an issue passionately, she has my heart. It’s also an added plus if she displays that same passion between the sheets. That’s the epitome of wifey material for me.” — Nick, 20

6. “Girls who are down to get drunk and do random shit with you (even if they don’t know you very well) are really awesome and really rare. A woman with an appetite for stupid adventures is extremely alluring.” — Sampson, 22

8. “As I get older, I find it increasingly attractive when a woman lights up around kids. If you can have a silly conversation with a 5 year old and love it, that’s awesome.”— Drew, 28

9. “There’s nothing sexier than a woman who’s comfortable in her body. You can just tell when a woman knows she looks great, no matter what other people or society in general might think. That kind of self-assurance is undeniably hot.” — Callum, 26

11. “Assertiveness is huge. I love when a woman can speak her mind without fear of being shut down or judged.” — Jelani, 20

12. “I’m a big fan of women that aren’t afraid to curse in public. There’s something refreshing about a woman who will spill out a slew of expletives for no reason while smiling and otherwise having fun.” — Tony, 27

13. “Gotta love a woman who can kick it outdoors and get a little dirty without freaking out about what she looks like.”— Graham, 24

14. “A girl who takes initiative (sexually, making plans, etc.) is sexy as hell to me. I have no problem making the first move or planning out dates, but a girl who knows what she wants and knows how to go about getting is so much more attractive to me than a coy girl who is stuck in her shell.” — Mari, 25