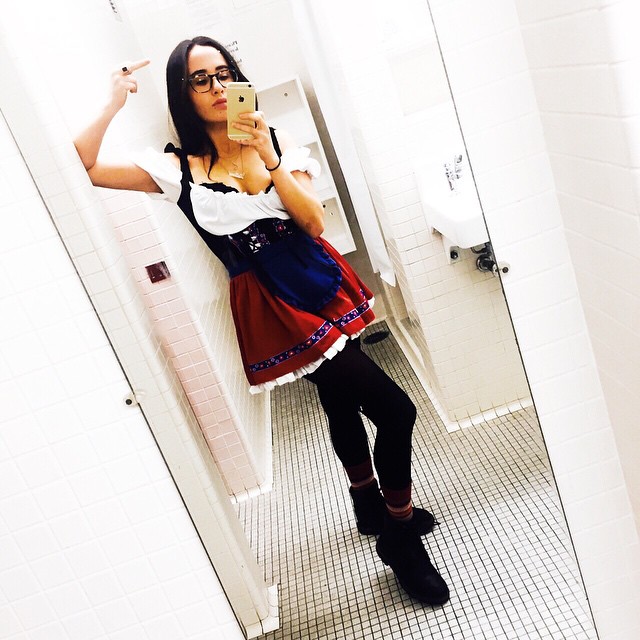 (Tatiana is a Russian name.)

(Neither Spain nor Mexico City is located in Russia.)

“Still no. But enough about me…where are you from?”

(North Carolina is not located in Puerto Rico.)

She turns her back to the white phallus who’s pressed her with questions that are not his to ask. Tatiana is a popular name for Russian girls. She is not a Russian girl. Her parents—who were born in Latin America—chose Tatiana because they thought it was a pretty name (they still do). Because Tatiana is not Emily or Kate, and because this particular Tatiana’s skin is a light shade of brown, Tatiana is often tied to her ambiguously brown ethnicity. That Tatiana has anything to do with the color of her skin, however, is a lazy fallacy.

The white phallus is fascinated by Tatiana. He approaches her with the kind of arrogant ease that most white phalluses do.

“Please get away from me.”

She puts her hand in his face. He pulls her fingers back. She loses her cool; she folds. She starts to scream. Her screams indict his racist questioning. He smiles. He has won. He has raised her temperatures, and now she looks uncivilized. Which is perfect for him, because he was taught by generations of white phalluses that came before him that his mission was to civilize the uncivilized.

“I still don’t know what I did wrong.”

“If that’s true, it’s because you don’t want to know.”

As it happens, the white phallus does not belong here. He does not go to this school. He has never before been to this bar. But his twin brother does and has. His twin brother plays football. So, without asking any questions—without pausing to know who might’ve aggressed on whom—boys that only recognize Tatiana arrive to aid the white phallus. To take him away—understanding hands on his back—with imperious eyes that say, “Don’t worry, buddy. She’s fucking nuts.”

Never Having To Think About It was their privilege. Never having to think about the nature of their assumptions. Assumptions that reduce a person to an Unidentified Other.

You are nameless moment, white phallus. You are formless. You are nothing. You inhabit my memory in a dark corner overcrowded by a thousand white phalluses who stepped on my identity before you. Who sauntered towards me, erect and unfeeling, with 21 questions that were not theirs to ask. But, since they, like you, were white phalluses, they bore the reflexive conceit that everything is theirs. That all questions belong to them. Never Having To Think About It was their privilege. Never having to think about the nature of their assumptions. Assumptions that reduce a person to an Unidentified Other. Puerdo Riko, Espanya, Mehiko City…who the fuck cares?

I do. So listen good, you insignificant little shit:

My name is Russian, and I’m from New York Motherfucking City.

What It’s Like To Grow Up Black In The North

If You Want Something, You Need To Be Willing To Die For It

11 Men And Women On What ‘Privilege’ Is, And How They Take Theirs For Granted