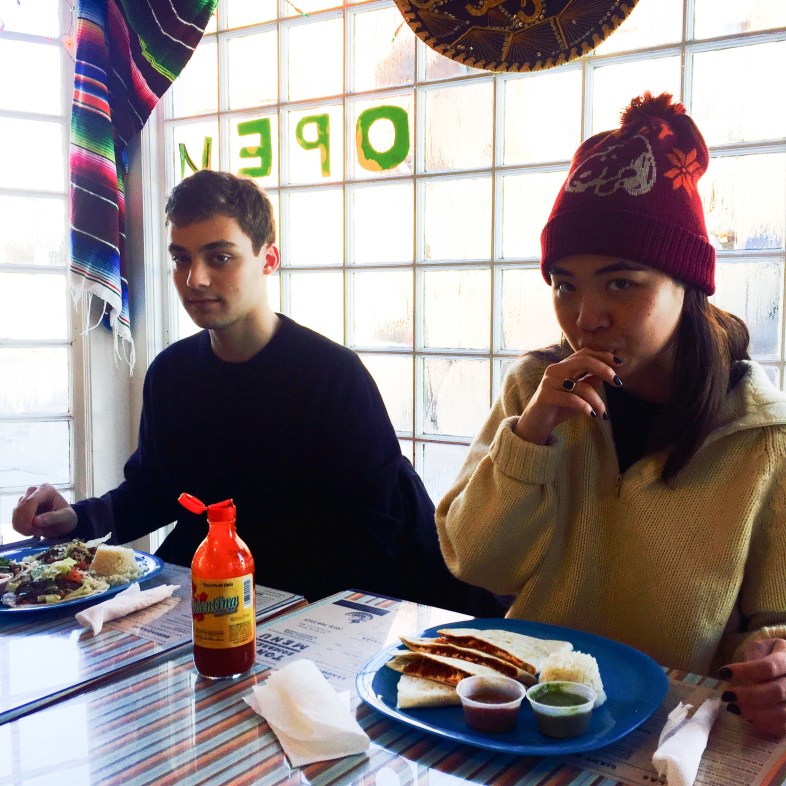 College relationships are most dudes’ kryptonite. I should know. I slept with my current boyfriend for four months—most nights, without interruption—before he committed to me for real. He’s not big on adoring compliments or sentimentalities, but early in our non-relationship, he’d say stuff. Stuff that clued me into what was really going on in his scared, commitment phobic little head.

If you’re unconvinced these were love thoughts, I guess you had to be there. I guess you had to feel the softness in his voice. To see the sincerity in his usually sarcastic, boyish eyes. I was there, though. I felt it. I heard it. I knew, even if I was too cynical or insecure to let myself believe it, then.

A week after he graduated, my prediction came true. Cuz boys are predictable. Whaddayaknow.

He’d talk about his family and his previous relationship with a candor you wouldn’t expect from him. He’s a hardline ENTJ—a businessman. A big, emotional callus. A thinker. A planner. An agenda setter. A mystery, really, to a gooey, creative ENFP like me. But for all his unfeeling, I still got him. I still knew he wanted me. And—not for lack of doubt—I knew if I gave him a little time to come to that sordid conclusion all on his own, he’d vote for us.

A week after he graduated, my prediction came true. Cuz boys are predictable. Whaddayaknow.

Here’s what happened, I think. I think for the long moment we were “together”—hooking up, fucking, “not technically exclusive but not sleeping with other people”—in college, he was obsessed with his boyishly flawed concept of independence, where the only way he could “do him” was…without me. But then, I think, he stepped outside this childish place that taught him that the purest autonomy is derived of noncommittal sex, and when he did, he realized he wanted me. Just me. Almost immediately. Finally.

“He’ll want to date me after he graduates,” my friends and I used to say of the boys we knew who would come around—way too late. “He’ll want to date me when he leaves this insular place and the real world unwelcomes him with the sore reality that he’s not the shit. That he’s not too good for a relationship. That a relationship might even be…nice.”

When most of us were single and (sometimes) desperately negotiating commitment with dudes we hooked up with and, in retrospect, didn’t even like, part of us just knew. We knew they’d all turn around in a few years and want us more than we would want them. My guy acted fast enough—lucky for him, I still wanted him when he decided he wanted us, too.

But some of those other guys weren’t so fortunate. Every weekend, these slow-acting dudes hit my friends up with a thousand sweet somethings—they’re shameless, really. They’re alone and bored and kicking themselves for being too short-sighted to recognize what they had, and guess what? They no longer have it. We all love the attention. They love the attention. They answer the texts. Respond to the Snapchats. Eventually. But it’s just play, now. They’ve moved on.