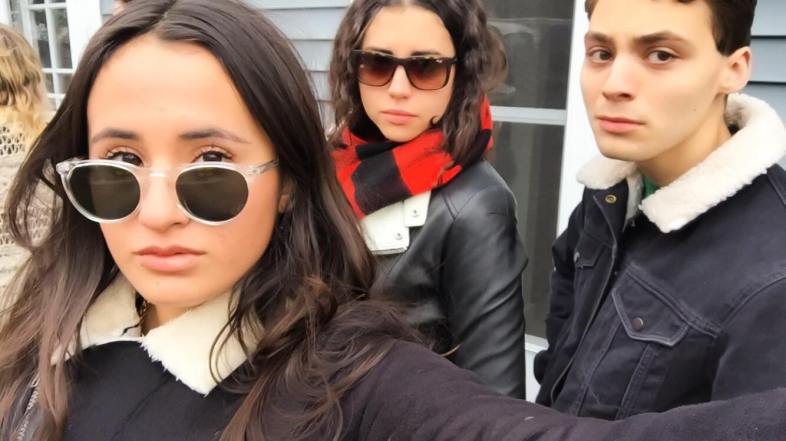 1. You LOL at how seriously people take sporting events. Especially people who don’t have any personal stake in them. Especially if you go to a Division III school where only a couple of teams actually win games. Especially when you seem to be among a select few who recognize yours is first and foremost an academic institution. Smh.

2. You have absolutely no clue what teams are “having a good season.”

3. You wore all black to Homecoming.

5. Because NARPs—that is, Non-Athletic Regular People—have a reason to live, too.

6. …And you find it rly funny when the hardos get all up in arms about your lack of spirit.

7. Homecoming is literally the first and last sports event you go to all year.

8. (Due to the drinking opportunity.)

9. Seriously though. You’re obviously down to drink in celebration of a major game, but you never know who you’re playing, and you could not care less about the outcome.

10. For real. Your parents called you before the big game to check in and—GASP—dared to ask who you were playing. They were unsurprised by your failure to provide an answer.

11. Your “spirit apparel” is limited to that one free t-shirt you got during freshman orientation week.

12. The most spirited you’ve ever been was that one time you were hooking up with a hot soccer/football/lax senior.

13. …In fact, you may or may not have actually checked on *~the score~* a few times back then, but only to gauge how depressed your athlete boyfriend would be the following night, and from there you’d determine whether or not to prepare for getting it on.

12. You have a vague idea as to which sports are played during which semesters, but only because that has a lot to do with who’ll be dominating the social scene for the next few months.

14. And you find it uniquely disturbing when the social scene is ruptured by spoiled game.

15. …Because you genuinely do not understand why people get so bent out of shape over a loss. Take a breather, y’all…there are no future pro careers on the line here.

16. …Which is why that time the yearly Halloween party (scheduled to take place at a house inhabited by football players) was cancelled in sad anticipation of an impending loss, you were genuinely so confused.

17. You love watching all the *~Varsity Athletes~* strut around the gym with a tangible air of superiority as you saunter to the beat of OITNB on the elliptical.

18. You were unclear as to what your school mascot was before your first Homecoming.

19. And on your last Homecoming, you chuckled at the unrestrained excitement of all the alumni who paraded campus screaming, “Next year, this will be you! YOU’LL SEE!”

20. (It won’t. Cuz I’m pretty sure I will not return for this event. Cuz I was not lying when I said I genuinely do not care.)

21. For you, athletics consists of forceful booty popping.

22. You resent the fact that barely any classes are scheduled for after 4 p.m. It makes no sense that the school day is structured according to when a couple hundred varsity athletes have practice.

23. Your lack of school spirit does not run parallel to your lack of love for your school—a common misconception among people who bleed your school colors. You love your school fine, you just don’t love sports. Sawwwy.

This Is Your Going Out Personality, Based On Your Zodiac Sign

What They Don’t Tell You After You Graduate College