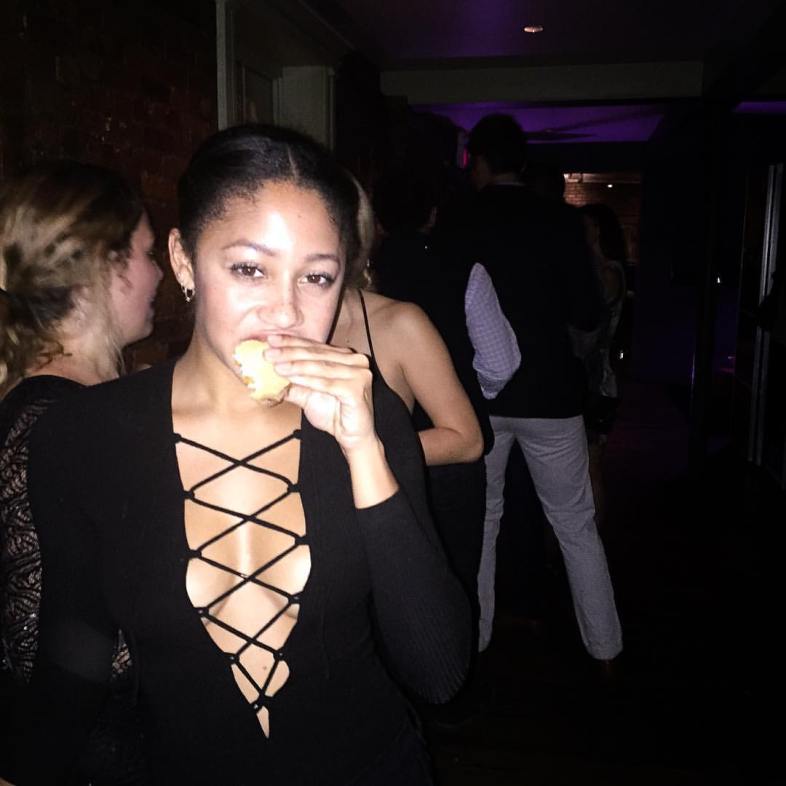 1. For you, the dreaded Freshman Fifteen had little to do with beer and a lot to do with unlimited frozen “yogurt” after every. Damn. Meal. Ice cream? Here? Now? AS MUCH AS I WANT? You can’t be serious.

2. If only subconsciously, you still kinda select friends based on their snack collections. This tactic is surely adopted from a highly similar elementary school tactic, where you’d befriend the cool kids whose parents put Fruit Roll-Ups in their lunches.

3. Honestly, Fruit Roll-Ups are extremely important to you. You have no shame in facing them to this day, because you were actively denied them as a child. In fact, you pregamed breakfast with two this very morning.

4. You have an astounding ability to eat 4 Chips Ahoy! cookies in one mouthful, and in college, that mouthful frequently accounts for your ~appetizer course.~

5. You still mythologize Lunchables. You’ve probably never had one because, like, your parents didn’t want you to have a childhood. And it seems a little weird to enter the Lunchables game at 21 years old. So they remain a thing of legend.

6. Your mini fridge is stuffed with snacks for any visitors who might come through. You still remember the stale stench of awkwardness that lingered in your family kitchen when you and a playdate yearned for snacks, but the most exciting foods you could offer were Kashi and dried cranberries.

7. You have multiple burns on your tongue from the scorching lava cakes commonly known as Pizza Rolls. These burns date between fourth grade and present day. None were met with regret.

8. Today, a “healthy” desert features a medley of sugary cereals from the cafeteria. As a child, the most health subversive cereal you were allowed was Wheaties (not organic). If a friend’s parents allowed Fruit Loops in the house, that friend was a sleepover buddy for life, indeed.

9. You fear your habits of doing gross shit with sugary treats won’t be well received in the real world. You still separate Oreos, for example, in order to create a giant white mass of the cream part, that can be eaten as a TOTALLY SEPARATE course from the cookie part.

10. The first time you tasted a cinnamon roll was likely drunk (or hungover) sometime during freshman year. It’s been argued that it was the single most pleasurable moment of your life.

11. You’re famous in your dorm/house for crafting genuinely bizarre snack combos. Ketchup on crackers. Nutella on pizza crust. When you were young, you’d take what alarmingly few exciting snack options you could find, and make the best of a critically *high fiber, all natural, low fat, low sodium, high protein, cage free* kind of a situation.

12. When preparing your favorite meal, Annie’s mac & cheese, you’ve been known to snack on the powdered white cheddar before the water reaches a rolling boil. As a kid, that pretty much tasted like delicious, salty rebellion, and you’d eat it plain.

13. No, you have not stopped trick or treating/accepting candy from strangers on Halloween. You’re making up for the lost time/Reese’s Pieces your dad would throw away exactly one week after the holiday.

14. You recently had your first KFC experience. It lived up to literally all of your expectations. Every. Single. One.

15. Soda might be the one junk item you’ve never really fetishized. For most of kidhood, your parents had you genuinely convinced that seltzer was soda. Now it’s just too damn sweet, even for you.

16. Although you’ve never really understood the anti-crust moment, to this day, you can never turn down an Uncrustables—those soft, circular, individually packed peanut butter and jelly sandwiches that, as a kid, you’d manage to steal at least five of if they ever made an appearance on a field trip.

17. Your friends give you shit for being bougie when it comes to groceries, though; as much as you revel in formerly forbidden snackage, you’re still prone to *shop organic* for your entrée.

How I Survived Cutting Out Dairy For A Full Week