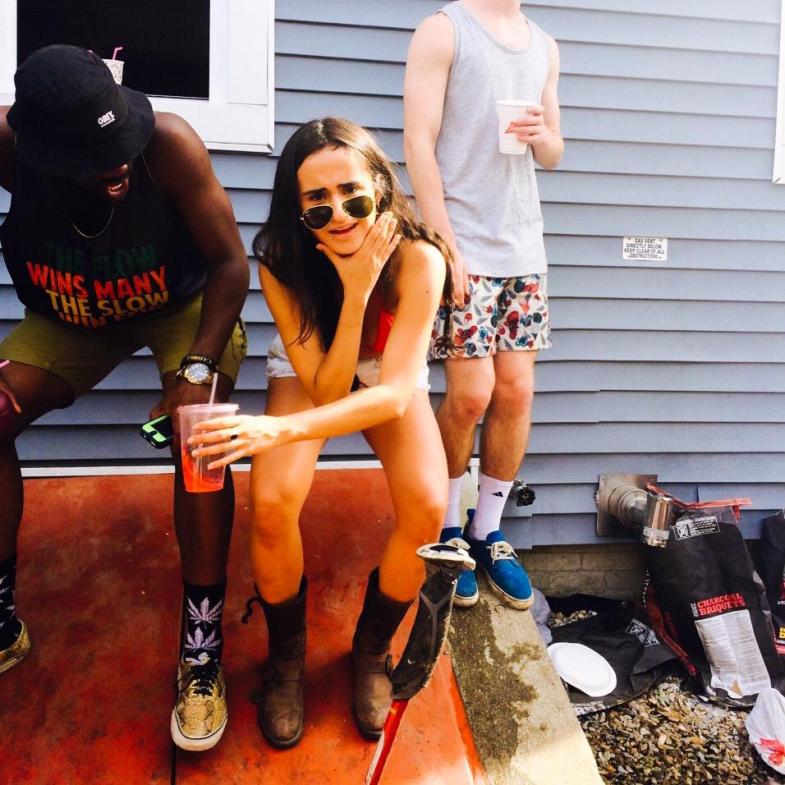 1. If you’re on your period and/or haven’t shaved, don’t even bother flirting.

Your overwhelming menstrual aura and foot-long pubes are simply unappealing.

2. All senior chicks’ exes are off limits.

That dude who dated the Theta president twelve years ago? Yeah, OFF LIMITS (unless you want the bitch-slapping ghosts of sororities girls past to haunt you for the rest of your days).

3. Wait at least 24 hours to text him (and at least twice his response time to text back).

“Bitch, I will text you while you’re still inside me if I like you like that. Ain’t nobody got the time or the algebra skills for all this math,” is a tempting response to this asinine rule. Hold your tongue and crush those numbers, babe. It’s an asinine world we live in.

4. NEVER confuse the proper label for your hookup.

There are a million terms that might describe your non-relationship: hooking up, exclusive, seeing each other, dating, together…“they’re not dating but they’re ‘a thing,’ like they’re not hooking up with other people.” Whatever the appropriate terminology may be, be SURE to never get it twisted. That could lead to you looking totally delusional!

5. If you want respect, you gotta “make him wait.”

Let’s get real, ladies: your horniness is a sin. Yours is a worth determined exclusively by sexual currency. If you give it up too quickly, he has every right to treat you “like a slut!”

6. Don’t expect to hook up several nights in a row. You know that means shit’s getting serious.

You like having sex with him, you say? The feeling’s mutual, you say? Yeah, don’t get your hopes up. Everyone knows that after three consecutive weekends of hooking up, you’re officially “a thing.” And nobody wants to be a thing. Especially not him.

7. If you want a man, you better be “girlfriend material.”

Blow him with tireless vigor. Never ask him to return the favor. Do his laundry. Fake ur orgasms. DO NOT BE YOURSELF, BITCH.

Weekday sex is like, waaaaay more serious than weekend sex. I know, I know: you’d think if he could give it to you hammered on a Saturday, he could work up the nerve to do it on a Wednesday, too. But apparently, in college, weekday sex inevitably leads to four kids and a house in Connecticut. Beware.

9. You’re not allowed to get mad at him for hooking up with someone else unless you’re fully dating.

I mean…….obviously. You’d look totally like, unchill! Fuck your justified hurt feelings, babe. All that matters is that he gets his while you grin and bear it.

10. NEVER admit to liking a guy unless you’ve hooked up with him at least, like, 10 times.

Otherwise, word might get out that YOU ARE EMOTIONALLY INVESTED IN THE PERSON YOU’RE FUCKING. AND THAT WOULD RUIN U.

Sure, it’s perfectly normal for older dudes to hook up with younger girls…le duh. But if you’re an older girl looking to get after some fresh meat, you must be critically desperate.

12. It’s your RESPONSIBILITY to be on the pill.

If you’re sexually active and have a vagina, it’s your natural charge to be on the pill (etc.). Meanwhile, if your guy can dig a Lifestyle condom from middle school outta his wallet, PRAISE HIM. You’ve found yourself a goddamn knight.

For fear either of you may have to look your drunken decision in the eye.

14. If you’re not dating him, definitely don’t expect to go on any date-like things.

Unless you have a ring on that finger, don’t anticipate any morning-after breakfasts or formal invites. I mean, babe, c’mon. DON’T BE CRAZY.