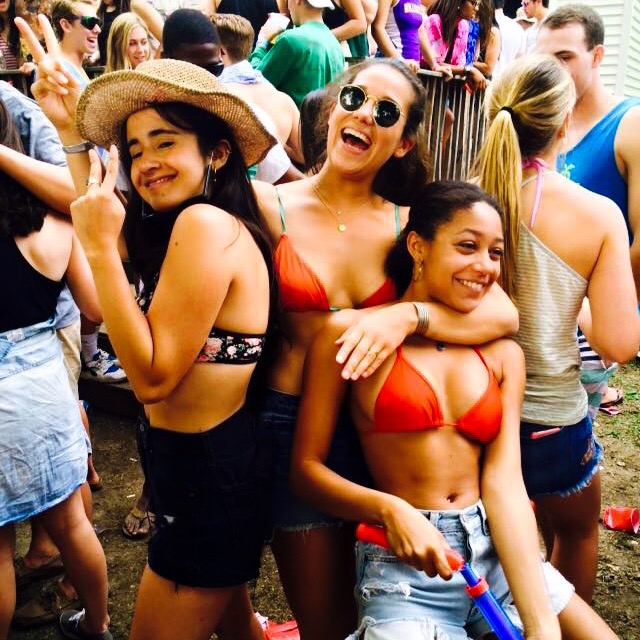 1. Finding friends is more important than finding people to hook up with.

Way more important. Far too many women squander their first year of school stressing over who they’re gonna hook up with, and when, and how many times, and how popular he is, and how many sport$$$ he plays, etc., because they’re convinced that the point of college is to hook up—it’s not. I’m not suggesting you should neglect your love/sex life entirely (unless, of course, you want to)…I’m just saying that having good girlfriends next year (and the year after that) is waaaay more valuable than having a pair of sweaty balls in your twin XL every night. College is for work, friends, and connections—boys come after all that shit.

People are going to insist that, as a freshman, there are some things/people you just musn’t do—That Very Important Senior Girl’s ex, for example. It’s all bullshit. Do whomever, whenever, and don’t apologize for your sexual appetite.

I don’t care if you’re on birth control and he’s the captain of the football team, ejaculates gold, and is “definitely STD-free”—USE. A. CONDOM. And remember that, unlike the asshole who’s trying to stick his shit in you sans-rubber, herpes is for life. Use your brain, and don’t ever be pressured into staying anything less than safe.

4. Age really is just a number.

As a freshman girl, you’re a suuuuuper sought-after commodity among senior dudes. And, a lot of the time, you’ll dig it—you’ll love that you have all these three-years-older eyes on you, putting you on a sexual pedestal just cuz you’re new enough to think there’s actually something inherently cooler about them than guys your age. But, trust, there isn’t—and I’ve found that, more often than not, these ~older~ guys are not the way to go. There’s just something gross and infantilizing about the way senior boys fetishize freshman girls…about the way they violently eye-fuck you just because they’ve never seen you before, so they think you must be slightly more virginal and exciting than the girls they have seen. Just remember that these dudes are literally NOT much older than you, that they wield some incredibly twisted sense of authority over you cuz they know you think their senior status automatically gives them serious social/sexual capitol, and that, in the end, their three-to-four years of seniority does. Not. Give them the right to treat you like shit.

Go crazy, bb. Experiment, whatever that means to you. Explore your not-so-hetero impulses and everything else you’ve been itching (hopefully not literally) to try in college. These four years are great for figuring out what you like, and learning how to ask for it.

It’s a powerful, intuitive organ. For real. When a questionably creepy dude has his hand on the small of your back, whispering not-so-sweet nothings in your ear while you down that rum and coke he insisted you accept, don’t stick around because you feel some strange sense of obligation towards this weirdo you just met. Be polite, and follow your instincts; if something doesn’t feel right about the situation—whether you’re pre-, mid-, or post-hook up—make your exit. And remember, you don’t owe shit to anyone but you.

Well, you do. You care desperately (this is not a self-excluding chirp, btw…I, too, care/d desperately) about every little sexual mishap for which you, terrified and green, think you’ll be judged. Maybe you will be—if so, fuck it. Those girls who’re judging are jealous and have nothing better to do than tear one of their own down for fucking the wrong dude on the wrong day, and those guys who are judging, well…they’re jealous, too, and they’ll forget about it as soon as they nail a chick half as cool as you. Most of the time though, no one cares about who you did (or didn’t do) and why (or why not). So relax, and just worry about doing you, baby boo.