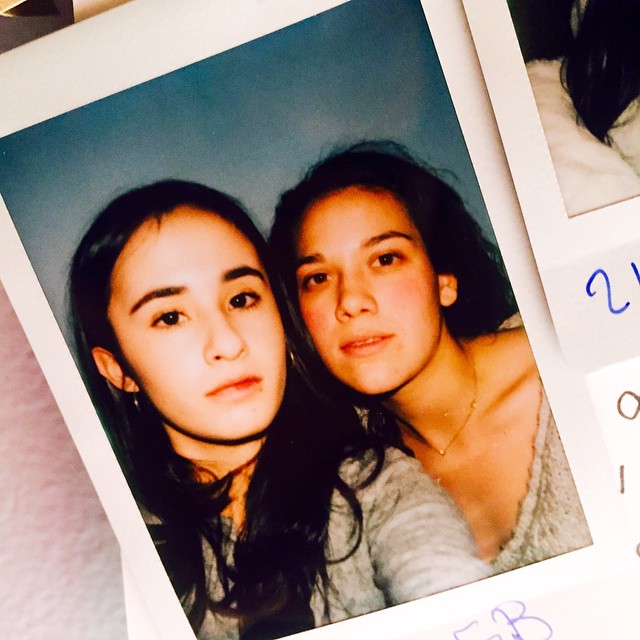 In the wake of every failed almost-relationship, you’ve found solace in the fierce self-assurance that you’re a bomb-ass individual, and *it’s not you—it’s him.* When you’re single for long enough, though, you start to think that, maybe, you actually have unbearable poop breath (I believe “halitosis” is the “medical term”), but no one’s ever had the heart to tell you. Or, maybe, you’re just faaaaar fucking crazier than you realized. Point is, you fear there’s something critically wrong with you that’s been keeping *him*—AKA ur soulmate/luvrboi/Noah 2 ur Allie—away for all these years. Yikes.

2. That all those friends you’ve made a marriage pact with will leave you behind.

“This is BULLshit, guys…we were all supposed to stay single forever. WHAT THE FUCK,” you’ll say when you’re 35 and still tryna adopt a collection of perfectly racially diverse kids with ur besties.

3. That your parents will die without ever knowing the pleasure of seeing you in love.

(And that ur mom’s ghost will apparate regularly only to keep making fun of u for being single.)

4. …Such that, after a certain point, you’re going to have to start telling them about ur imaginary “new boyfriend.”

5. …And that until they meet said “new boyfriend,” they’ll continue to gossip about how weird and unlovable you are.

Cuz you KNOW those bitches (along with ur best friends/pets/colleagues/therapists) secretly b running they mouths.

6. That you won’t realize you’re lesbian till you’re approx. 30 years behind.

Maybe you’ve just got your sexuality all misunderstood, you know? If so, you’re DOWN…you just hope you FIO soon, so that you’re not learning *the basics* at 42 like a goddamn 12-year-old who just discovered her clit.

7. That the hostess from your go-to take-out Chinese food spot aggressively judges you for ordering *all that*…for one.

8. That, just like said hostess predicted, you’ll spend your 30th birthday alone, too depressed to sift through the fat stack of wedding invitations on your kitchen counter.

“Oh, SHOULD I save the frickin date???!??!!?? WHY, R U GUYS DATING ER SUMTHINNNN,” you’ll shriek while inhaling double stuf oreos and hate-stroking your many hairless cats.

9. …And then, more rattling still, that you’ll spend your 40th alone, reviewing the disappointing results of your most recent STI test.

“Oh, lovely—I’ve never heard of that one,” you’ll whisper to said hairless cats as you sip tea and contemplate killing urself—furreal this time.

10. That no one one will ever get you off as well as you can.

If *he* doesn’t arrive *SOON* (and with the phalanges of a very generous lesbian), you fear that your right hand will officially become too credentialed.

That you might *have to* settle for someone less than worthy of your love is the singular most depressing notion that occupies your mind regularly. But should push come to shove…

…Because you’re single and always around. Fyl.

14. That your life won’t look anything like your dreams.

A lot has changed since you were 10 and day-dreaming of a wedding where you strut down the aisle in a white version of that DOPE yellow silk dress Kate Hudson wore in How to Lose a Guy in 10 Days (u know the one). And you’re cool with that. But you still hope your future will look something like the one you’ve been planning/adjusting/re-writing for so long. You still hope you’ll fall madly in love at least once—not an irrational hope to have, so the fact that you doubt it often is really, really fucking scary.

You’re happy, you really are—but you’ve always been sure that ~true happiness~ will come only when you fall you love. That you might have to start rethinking that definition is a uniquely somber thought.

16. And that, in pursuit of ~fulfillment,~ you’ll have kids alone…only to, eventually, depress the hell out of them with the admission that you’ve never been in love.

…While consoling them with the false assurance that “I’m sure it’ll come for you tho, bby.” (lol…OR NOT.)

Don’t Enter A Relationship When You’re Single And Unhappy

A Letter To Those Who Are Lost

I’m Slowly Learning What It Means To Be Really Single