Skip to content
Report This Article
What is the issue?
Merriam-Webster defines “privilege” as “a right or benefit that is given to some people and not to others.” I asked 11 real people what “privilege” means to them. 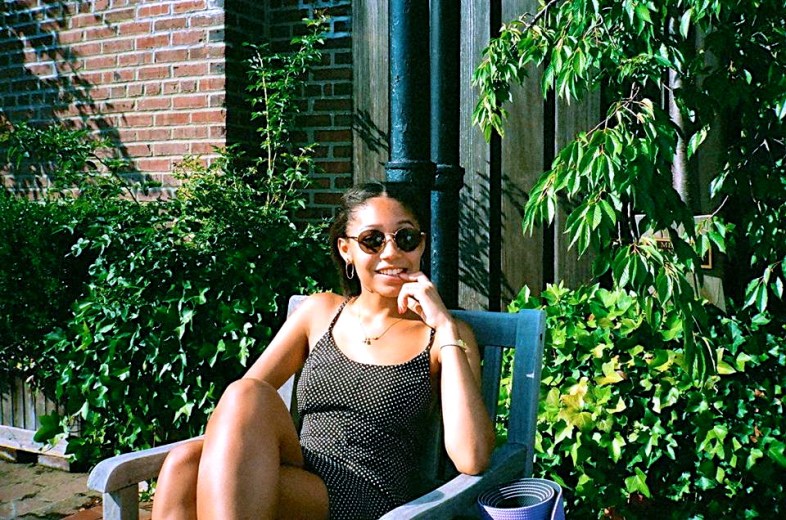 “Being a model has led to me believe that beauty—or to be universally considered a beautiful person—is the highest form of privilege. I’m well aware that racialized standards of beauty sort of confound this idea—i.e. Black women are judged by different, often ‘lower’ beauty standards than white women—but still, I think beauty transcends things like race and class that would, otherwise, bog me down (I’m a half-Black, half-Puerto Rican girl from a lower-middle class family). Being beautiful has always awarded me certain advantages—it welcomed me into a group of rich, well-connected, white friends in high-school and college, it enables me to make good money off my body…and the list goes on. I’m lucky.”

“Now that I’m working full-time, I ride public transportation every day, and sometimes my 20 minute commute into San Francisco becomes a 30 minute commute and I’m like OMG GONNA KILL MYSELF CAN’T BELIEVE I LOST 10 MINUTES FUCK THIS TRAIN. But then I realize how most people can’t afford to live less than one to two hours outside of the city and probably have to switch from the bus to the train back to the bus (and back to the train) on their way to work, which means they have to get up way before I do, only to get home at 10 p.m. when their kids are already sleeping and I’m like, wow, I really need to shut the fuck up. Time, I’m realizing now at 24, is a huge privilege.”

“It’s crazy how infrequently I think about how lucky I am to have unlimited Internet access—all day, every day. It’s just one of those things that, being a millennial who’s never not had Internet, I totally undervalue. The Internet enables me to find jobs, to work from home, to pay my bills, to order food, to find cheap deals on clothes and services…things that potentially save me a ton of time and money when I do them online. And it’s not like I earned it—it’s always been available to me, because I’m an upper-middle class American kid. And that’s a huge advantage I should give way more thought to.”

“I think being socially literate is a huge privilege that my friends from home and I definitely take for granted. Like, we’re all from wealthy, Upper East/West Side New York families, you know, and since we were babies, our parents/older siblings/teachers/friends molded us into socially adept people who know how to ‘network’ and talk to people…not that not-rich people can’t be socially literate, but in my case, I do think social literacy is a function of wealth and connections. When I really think about it, I realize that the ability to socialize is something that was given to me at birth—not really something I learned how to do on my own. And that’s been hugely helpful in my 22 years.”

“I’m three-quarters Japanese, and that identity comes with plenty of dis-privilege, but recently, I realized for the first time what a fucking privilege it is that I’m light-skinned (with freckles all over my face to highlight my quarter-whiteness). My friends and I were driving to a campsite in Southern California, tripping balls on acid, and smoking a joint in the car when a police officer pulled us over. Obviously, we freaked the fuck out—there was no way we weren’t gonna get arrested, right? The car reeked of bud, and we were all very clearly tripping. But the officer pulled us over, looked inside, and saw four basically-white girls…and he didn’t do shit. He just told us not to smoke and drive, and sent us on our way, telling us to ‘drive safe.’ It pains me to think about what might’ve happened if my friend had opened the car door to four Black guys.”

“The other day, my bougie-ass West Village apartment building turned off the water for a few hours in the morning, and my roommates and I were whining uncontrollably while we waited to take showers, bitching about how inconvenient and awful the lack of water was. And then we all had to check our privilege for a second and realize that what we were experiencing for one morning, billions of people experience daily. I can take a shower, cook a meal, and grab a fat glass of water whenever I like, and I rarely consider what an incredible gift that is.”

“Living in LA, having a car is giant privilege that I always overlook. In places like Los Angeles, the public transportation is such shit that there’s a huge part of population that remains static, without the privilege of private transportation that I’ve got. There’s very little opportunity for those who can’t afford a car to leave the city, and there’s really no incentive to do so because of how difficult, time-consuming, and all around inaccessible transportation is. And if you’re someone who can’t afford to move around much on a daily basis, you’re probably cut off from recourses you might otherwise have, like social programs, better schools, higher paying jobs…you name it. I’m damn lucky to not have to worry about that.”

“I’m a banking intern at the moment, and I know this is cliché, but this summer, I’ve really started to understand what a privilege it is to be a man. I started to think about it hard when my boss—who’s a total misogynistic ass—was going around to tell each intern the thing that he most respects about us. There’s only one female intern in our 19-person intern group, and when he got to her, he literally said, ‘Kate, I respect you as our female intern.’ Like, what, dude? Kate works harder/has her shit together more than most of us, and all you can compliment her for is ‘being one of the boys?’ I don’t know, I just saw the look of jaded disappointment on her face, and I really ‘got it.'”

“I grew up in Rhode Island and was raised by upper-middle class, college-educated parents, and I think their higher education, for me, outranks their money in terms of the privilege it’s given me. All my friends’ families were pretty much as well off as mine, but many of my friends’ parents didn’t have college degrees, and therefore didn’t emphasize the value of a college education in the same way I did—for me, not going to college was never an option, and I always took that for granted until my best friend dropped out of Amherst after her first semester to transfer to…the University of Rhode Island. Why? Because she was ‘lonely’ without her long-distance boyfriend, so she moved back home to be with him. It was so whack to me…leaving an elite college education and all the connections and opportunities that would give you for a boy. Now they live together in their parents’ basement…it’s fucking nuts. But I only think it’s nuts because my parents never would’ve let me do that. That, to me, is a huge privilege.”

“At the risk of sounding like a total douche, I think my athleticism is the greatest privilege I’ve got. I don’t come from a particularly athletic family and don’t have parents who pressured me to play sports, but since I was a really little kid, I just had a great knack for kicking ass in any sport I tried—of course I had to work hard to excel in each one, but I think a lot of my talent, I was just lucky to be born with. Plus, I was lucky to have wealthy parents who could always afford to send me to sports camps, buy me new gear, all that stuff. I’m not a pro, but being a strong swimmer meant I could get recruited Harvard with under a 3.0 and shit SATs scores, which positioned me to get a job on Wall Street that I can’t imagine I would’ve gotten otherwise. So, yeah, I’d say athleticism is a major privilege of mine.”

“I’m a rising senior in college, and as someone who’s not on a focused career tract (like, say, pre-med or pre-law), I’m constantly stressing over what professional path I’ll choose. Not until recently did it occur to me that this brand of stress is an extremely privileged one—at the end of the day, when I graduate, I’ll have a degree from Wesleyan under my belt…I’ll be fine. I’ll find work that pays me well, and I’ll excel, because that’s what my parents and higher education have trained me to do. Most people don’t have the privilege of getting anxiety over which $40,000+ a year job they’ll snag after graduation—I really need to remember that the next time I start kvetching about how my current PR internship probably won’t give me a post-grad job offer. I’ll figure it out.”