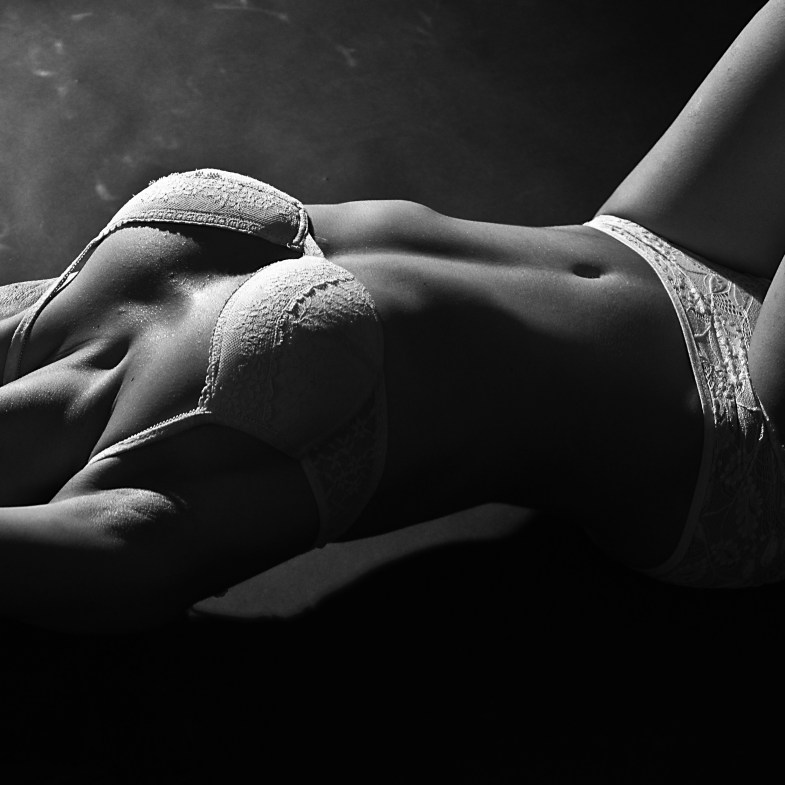 THIS IS A PUBLIC SERVICE ANNOUNCEMENT: A TIGHT VAGINA DOES NOT A VIRGIN MAKE. Vaginal tightness/looseness has absolutely nothing to do with how many sexual partners a women has (or has not) had. Vaginas—those marvelous things—are super elastic; before and during (good) sex, vagina muscle tissue relaxes (loosens) and after sex, it contracts (tightens) again. And, no, the vagina DOES NOT loosen permanently as a result of frequent intercourse and/or encounters with particularly large penises or, in most cases, even after childbirth. In fact, according to Psychology Today, vaginas only loosen permanently in some young women who’ve had multiple childbirths and in some aging women whose vaginal muscles have fatigued over time. If the vagina is “too tight,” btw, the woman who owns it is either uninterested in sex or hasn’t been appropriately “warmed up” for the act.

2. When it comes to the vaginal orgasm, it’s all about the G-spot.

I’d first just like to dispel some of the willful ignorance surrounding the Clitoral Orgasm Vs. Vaginal Orgasm Debate: the vagina has only a few nerve endings, which means it’s IMPOSSIBLE to make a woman come via vaginal stimulation alone—the clit always has to get involved. The clitoral organ system surrounds the vagina, urethra, and anus, so you should think of the vagina and the clitoris not as distinct entities to be poked and prodded separately, but as an interconnected web of nerves and muscles that deserves evenly-distributed love. Now that we’ve cleared that up, I’d like to make another pressing PSA: THE G-SPOT IS NOT THE VAGINA’S ONLY EROGENOUS ZONE. I REPEAT: THE G-SPOT IS NOT THE VAGINA’S ONLY EROGENOUS ZONE. The Gräfenberg spot has two lovely sisters: the anterior fornix erogenous zone (A-spot) and the urethra (U-spot). The A-spot, located between the cervix and the bladder, is even deeper than the G-spot, and it becomes lubricated very quickly. The U-spot, located just above and on both sides of the urethral opening, is a small mass of equally sensitive erectile tissue that elicits a forceful erotic reply when stimulated. Go forth and explore with an open mind and an agile tongue, people. There are way more ways to make a woman come than you think.

3. Unlike the penis, it doesn’t get hard.

Sorry, boys, but girls get hard, too! Unlike you and your simple penis—not even really trying to make a joke here…your penis only has a few functions and tells you pretty much everything you need to know about it at first glance—we have a body part that exists solely for pleasure: the clitoris. The clit is comprised of erectile tissue that becomes, well, erect when sexually stimulated (and relaxed after orgasm). That’s right, bitches; we have a pair of corpus cavernosa—the tubes of erectile tissue housed in a man’s penis that engorge with blood when he gets hard—in our clits, too! As we get more aroused and our blood flow increases, both our clit and the inside of our vagina will increase in size/swell along with it. And, dudes, please: remember that it takes us a little more time to get hard than it takes you, so don’t rush to the act like the priapic porn star you wish you were—spend the requisite thirty minutes or so warming your woman up. It’ll be a much more pleasurable experience for both of you.

4. The clitoris is just that little nub.

Speaking of the clit, I bet you think it’s just that tiny hooded bump, right? Think again! That magical nub—home to the bundle of 8,000 nerve fibers that make the clit the most sensitive spot on the female body—is just the tip; the rest of the clit—its length—is called the “shaft” (to borrow some lingo from the male anatomy, ugh). The shaft separates on either side of the vagina, forming two legs—“crua”—which scissor back and forth when something moves inside the vagina. The entirety of the clitoris, then, actually ranges 6 to 7 inches. So, in addition to stimulating her clitoris during sex, guys, try to reach her G, A, and U-spots and clitoral legs, too!

Not true. Just not true. You’d be hard-pressed to find a woman who’s never felt self-conscious about her presumed stinky vag, and that’s because people are stupid and sexist and dupe us—with unnecessary vaginal “hygiene” products, perfumes, and potions—into thinking that our peaches smell less than sweet. Here’s a fun fact: unlike penises (which produce, quite literally, BASIC semen with a pH around 8, lol), our vaginas are majestic, self-cleaning, pH balanced systems—mhmmm, we’re so damn evolved that our reproductive organ boasts a pH level around 4.5, allowing nature to neutralize its environment. As a result, every vagina has its own, unique, entirely natural scent and taste that—unless the vagina is infected (or particularly sweaty)—should not offend anyone with half a brain and an impartial nose.

6. Wetness is entirely a factor of arousal.

Yes, vaginal lubrication is one of the first signs of vasocongestion—the swelling of bodily tissues that causes a rush of blood, in this case, from arousal. But if she’s not particularly wet, that doesn’t necessarily mean she’s not turned on; women are more likely to produce a lot of natural lube when they’re ovulating, for example. On the flip side, if she is particularly wet, that doesn’t necessarily mean she’s super turned on; emission of cervical mucus (discharge) is unrelated to horniness, so even if she’s nice ‘n’ slippery, she might not be in the mood.

There you have it, kids. Please, rub, thrust, and shake responsibly.

50 Men On What Blows Their Mind About The Female Body

50 Men On What Blows Their Mind About The Female Body

How To Touch A Clitoris

An Average Day In My Life