Skip to content
Report This Article
What is the issue?
Screenshots brought to you by my psycho best friends—keep doing u, you crazy bitches, you. 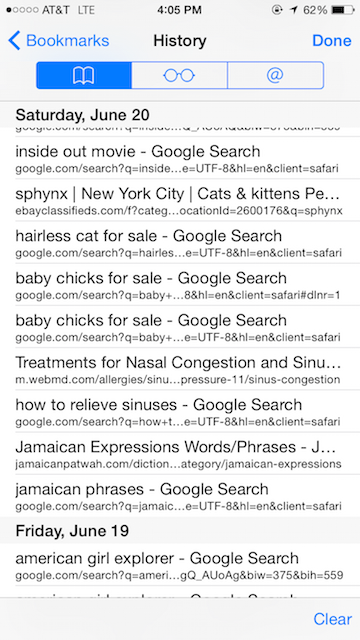 The Sappy Slut is just as responsible as she is romantic. She’ll interrupt her weekly STD Symptom search session to get her Celine Dion on: 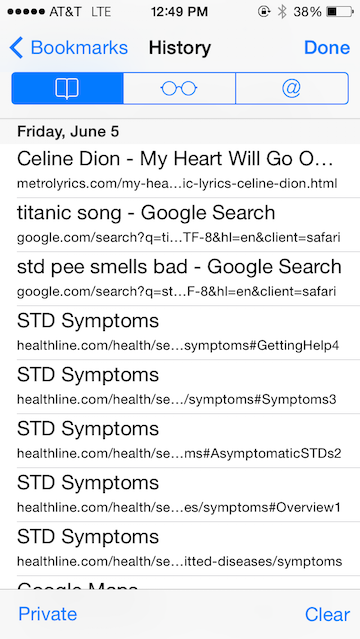 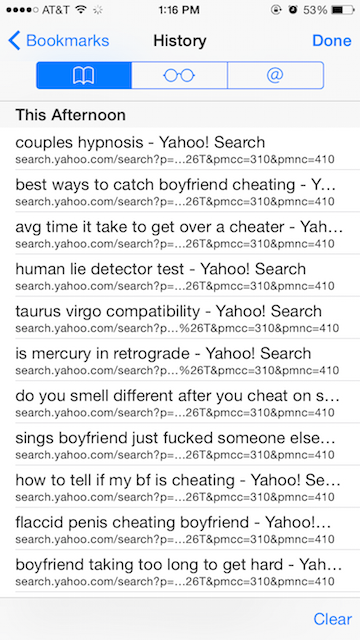 The Obsessive Hypochondriac is under constant, imminent threat of having a heart attack (and/or stroke and/or “angina”???) at the ripe age of 21: 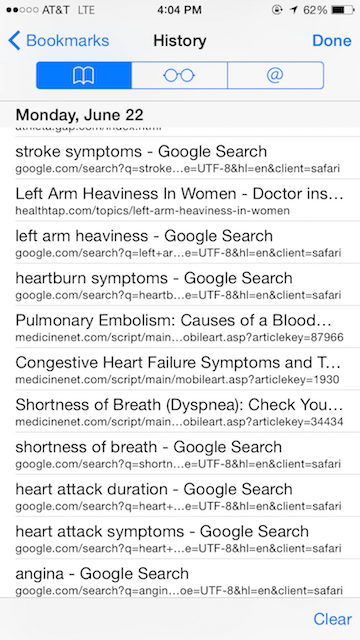 Close friend of the Obsessive Hypochondriac, The Concerned Pooper is plagued by inexplicably green doodie: 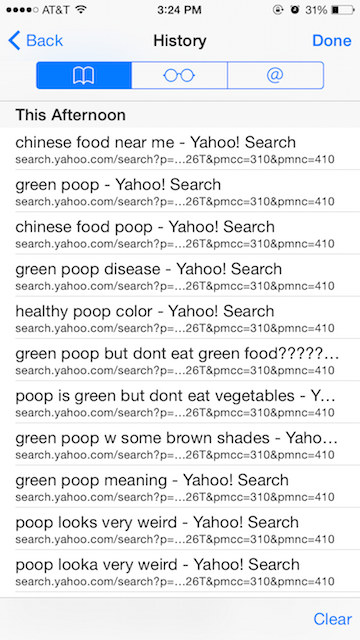 The Body Inspector is just as vexed by her chafed nipples as The Concerned Pooper is by her d-ray. Both just want some peace of mind (and Asian food of any kind): 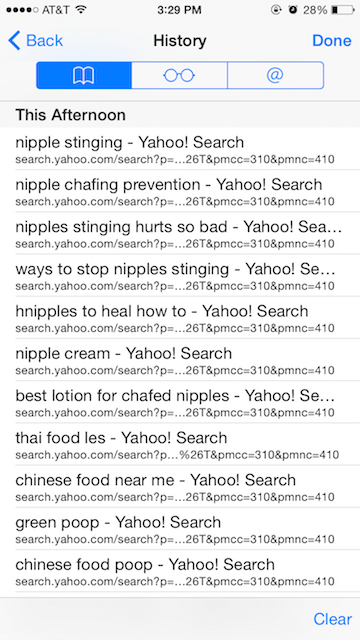 The Stoooooner is, ualreadykno, stoned. She may or may not be in the the market for a new vape: 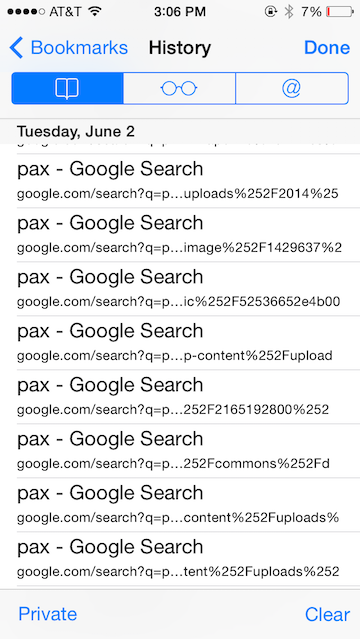 The Celebrity Backstalker prays nightly to the #squadgoals gods to take her back to 2006 and the best friendship Hollywood’s ever been blessed with: 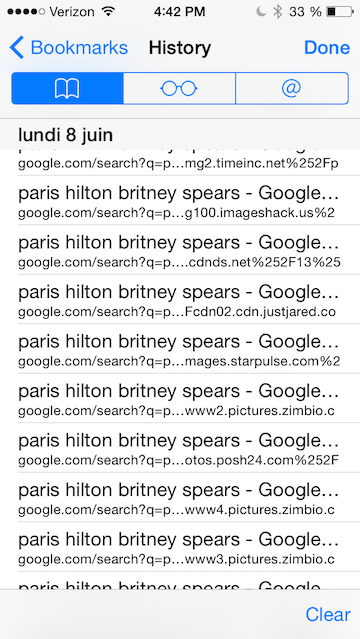 Closely related but distinct from The Celebrity Backstalker, The Celebrity Couples Counselor is, understandably, deep in mourning over the Jen-Ben spit (as you can imagine, she’s very concerned about the kids): 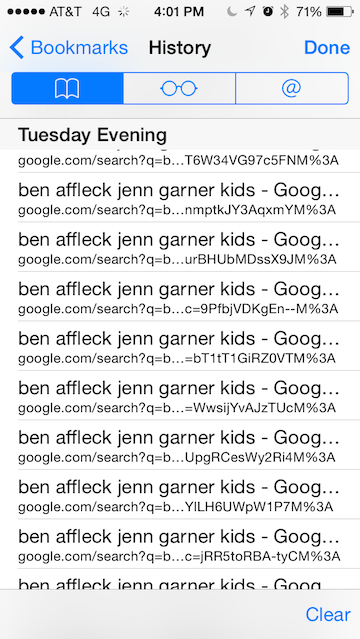 The Hip-Hop legend is a renegade rapper chick who definitely does NOT use Shazam as often as you might suspect: 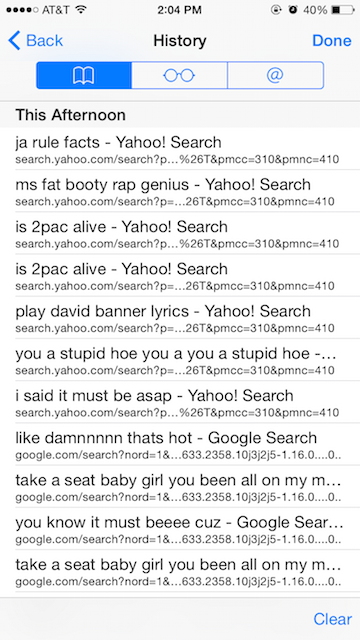 The Politica has interned on The Hill and def knows the difference between carnitas and carne asada (cuz she’s culturally sensitive like that). When it comes to internet frivolity, surfing Gawker is just about as wild as she gets: 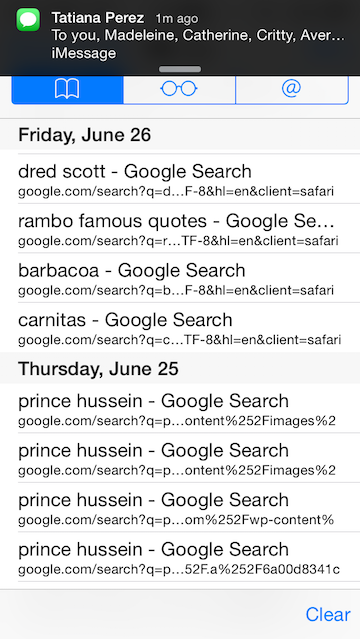 Finally, The Very Chill Girl is equal parts very concerned about the outcome of the NBA draft and eager to restock her hardware drawer at “h brookman and sons” (Brookman? Brickman? Something like that.) What the below search history might not reveal, however, is that The Very Chill Girl does not know wtf an “NBA” is and has never stepped foot in a hardware store in her very, very chill life (note French iPhone settings, lolol): 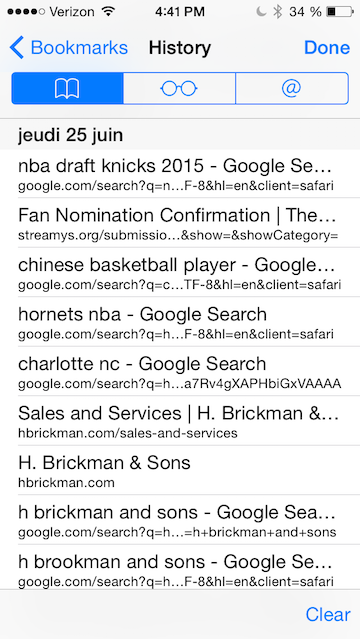 He Might Take You On Real Dates, But What He Does In Between Dates Matters Just As Much

What Every Parent Needs To Understand About Sexting