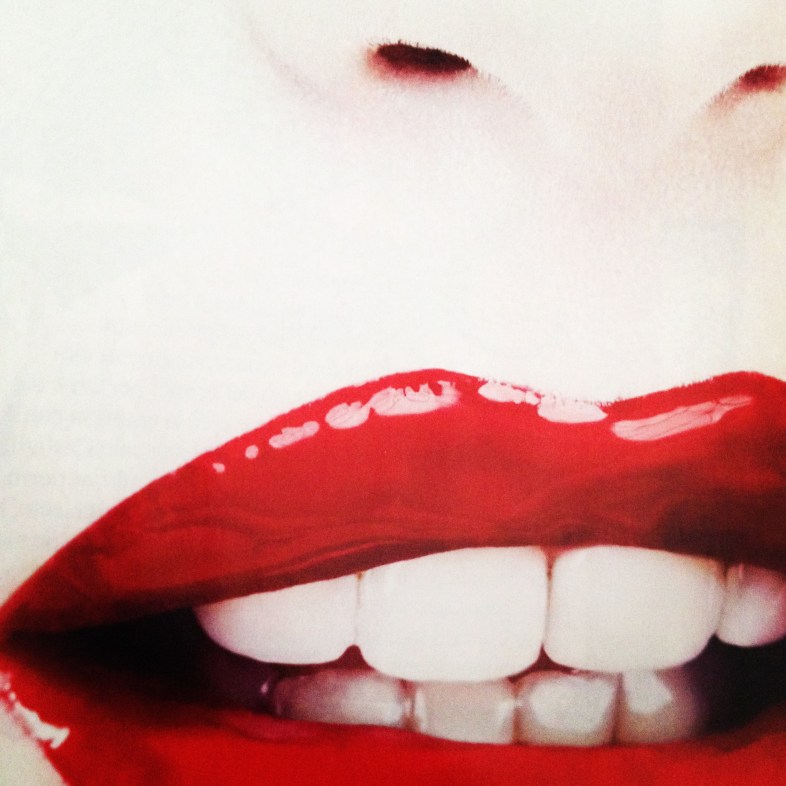 Like many women who wear loads of makeup do, I used to justify my habit with the insistence that, “Seriously, I do it for me. Not to look good for guys, or anything—for me.” While that may very well be true for some girls, it was not true for this girl. I started wearing makeup every day in eighth grade, which was, not so coincidentally, the one year (prior to college) that I went to a co-ed school. I’m no longer too proud to admit that boys created (and sustained) my *need* for makeup.

2. …Because I used makeup as a security blanket.

I come off as pretty confident gal, and to a certain extent, I am. But, whaddayaknow, I’m brimming with a host of insecurities that I thought makeup covered up. And guess what? Since I’ve retired most of my brushes, sponges, liners, and powders, I’ve realized that, in reality, they amplified my diffidence. I’d obsess over my face and all the shit I’d muffle it with; Is my eye liner smudging? Is my bronzer uneven?? Am I sweating this shit off??? DO I NEED TO REAPPLY???? DID I OVERDO IT????? CAN PEOPLE TELL?!?!?! I no longer have any of those concerns. Phew.

3. Also, I need to chill, because no one detects that pimple but me.

Seriously. No need to cover up a little blemish with 40 layers of concealer (which probably makes that little bitch stand out even more). Everyone gets pimples, and no one gives a shit. Let that baby breathe and it’ll disappear in no time.

Sure, I’d acknowledge that meticulously drowning my skin in primer, foundation, concealer, bronzer, blush, highlighter, eyeliner, and mascara between one and three times per day took a while, but not until I quit did I realize just how much time (AND MONEY!) I’d lose to that painful process. I swear to god, I have more of a life now that I don’t need to allot at least an hour to do my makeup (and hair) before I leave the house. It’s great.

5. On that note, I’m more spontaneous than I thought.

I used to panic when someone would invite me out at the last minute to anything if the ETD didn’t allow for ample application time. I’ve since realized that, hey, I don’t actually need 2 hours notice to get coffee around the corner! Mind blown.

6. Those weren’t bags under my eyes… it was mascara dust.

I used to wake up every morning with massive black shadows under my eyes, and I fucking swear I thought those shits were from lack of sleep until I stopped weighing my lashes down with 17 pounds of waterproof mascara (the kind of stuff that you need gasoline and fire torch to remove).

Foundation (etc.) is an evil, evil thing… I used to spend at least 40 bucks every couple months on a fresh bottle of designer face paint that—despite it’s “weightless,” “oil-free” promise—would suffocate my skin, clog my pores, and make me break out… which meant more foundation. When I finally exited that cruel game, I remembered I actually have fairly decent skin that doesn’t require face paint to being with! Hell ya.

Here’s What To Do With Your Unused Beauty Products

Are You ‘Pulling A Cinderella’ Without Realizing It?

Distance Means So Little When Someone Means So Much