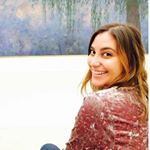 I lost the authenticity of my beliefs to the groupthink of peers who could never understand my life experiences. I let go of my confidence in opinions that challenged what was presented to me all because I didn’t want negative backlash — I didn’t want to be seen as an outcast even though I’ve never felt otherwise. I wanted to be liked.

Then I slowly stopped being afraid of what people think of what I have to say.

Growing up, all I ever wanted was to fit in. I let the anxiety of being judged navigate how I decided what to address out loud: if I didn’t think it would be a crowdpleaser, I would bite my tongue. I didn’t want my voice to be heard for what I, at the time, perceived to be the “wrong” reasons.

I believed that having everyone agree with what I thought was going to make me feel whole. I didn’t know better…but I didn’t want to know better.

This was all too real in a lot of different aspects of my life, but it mainly led to the bigger problem of laughing things off when I should have spoken up about words that I shouldn’t have been okay with, expressions from these very peers who didn’t understand why what they were saying was problematic. Instead of helping to educate them I ignored generalizations (about myself) rooted in racism because I didn’t want it to seem like I cared so much, like I was so sensitive. I didn’t want to be confrontational and cause a scene or be an inconvenience by standing up for what I believed in. I brushed it off and just told myself that it’s fine because it wasn’t said with a malicious intent, it was just…a joke.

Fast forward through the naivety and ignorance-is-bliss mindset, all the way past the mismanaged (and misdirected) anger that ensued because I didn’t know where to direct years of unexpressed emotions, to the present day where I’ve finally managed to find the harmony between being empathetic and opinionated.

I am opinionated because I am empathetic; and I won’t apologize for getting political or bringing up uncomfortable conversations that need to be had.

Through my silence I’ve learned that being liked isn’t the goal. Neither is unanimity in thought. Neither is fitting in.

The goal is to acknowledge that there are differences of opinion and to create healthy discourse surrounding diversity. The goal is to present new ideas, to challenge views and push for progressive thinking, even if that means challenging people we respect and want to appease. The goal is to let go of what people’s opinions are of yourself in an effort to foster diversity in thought. Through this we can create space for people who have different needs or experiences than those of our own. We need to make sure their voices are heard.

It is our collective goal to stop setting a precedent that words don’t linger because they do, and then they lead to one-sided beliefs when they go unchallenged.

Being loud about your opinions and challenging the norm has a negative connotation as it has historically stemmed from being rebellious, whether that was rooted positively or negatively. Many people presume that this also means you are too headstrong to see other perspectives, but standing up for your ideas doesn’t have to be coupled with a fear of confrontation or of being wrong.

So what if someone might disagree with what you think? Help them to understand where you are coming from. Help one another have empathy for what has led to two different ideas. And if you are afraid of being wrong, you need to let go of two things: the idea that being wrong is an embarrassment of sorts and thus, your ego.

Questioning the norm or setting the record straight about comments that will benefit from a different perspective shouldn’t come with underlying embarrassment of what the person you are talking to thinks of you.

Through it all, I’ve even learned that it’s often the thoughts we hesitate to express that need to be said the most.

Plus, it’s the people who don’t want to acknowledge how you feel and dismiss what you think who need to hear it most.

I hate getting up to go pee