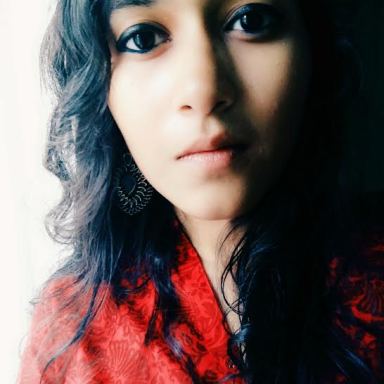 Know that I know you constantly have to deal with incredible pressure and judgement too.

Know that I love you, and I understand you, and you aren’t just forgiven, you are admired for being the brave, honest, unapologetically indecisive and sensationally temperamental woman that you are. (You embrace the stereotypes that society tries to shame you with, and for that you have my absolute, indisputable respect.)

You are respected for choosing not to have a child of your own – or not having a child at all; for putting your career ahead of making babies; for adopting a child (or for never being a mother) and for not giving up on your ambitions for the seemingly universal opinion that most people hold (of women existing for the sole purpose of child-bearing) – you are more than the vessel that carries life, you are stronger than the swollen folds and scars that would grace your stomach if you were to birth a baby could ever declare you to be, you are no less a mother for raising a child that came out of your heart instead of your tummy, and no less a woman if you want to be childless.

You are more than a salacious fantasy; you are stronger for being ‘far too bold’ for our oppressive, discriminating society (bold is never a bad thing), and no less a woman for raising hell when you were objectified.

You are respected for wearing a modest dress on some days, and a scorching pair of itsy bitsy denims on others; for wearing that dazzling shade of scarlet on your pout on some days, and going make up free on others; for cropping your glossy locks shorter than a flamboyant pixie and then growing your tresses out till they run wilder than Medusa’s hair.

You are more than the way you dress up (or dress down), you are stronger than the hurtful assumptions made by the hypocrites who salivate at runway models and somehow slut-shame you for oozing the same confident energy, and no less a woman for not being able to fucking dance on the tightrope that dictates social properness.

You are respected for being a sexual being that doesn’t shy away from her needs, for actively seeking to satiate your desires any way you want; for streaming all the porn you want without going incognito; for marrying a man nine years your senior or nine years your junior – and out of your caste and religion; for kissing other girls and liking it too (and eventually choosing to marry them); for having a child out of wedlock, or raising a child all on your own; and for not giving a single dime about the opinions of the rest of the world because frankly it’s none of their fucking business.

You are more than a convenient vagina that will fulfill these patriarchal men, stronger than the abuse you refuse to stand for that comes with what they call “love making”, and no less a woman for having a voice that cracks like a whip and burns with intensity, is soft like velvet and husky in the throes of passion (most importantly, for having a voice at all).

You are wonderful, and brave, and loved for being able to love yourself – and if you haven’t been able to thus far, then you should, because you’re worth it, and because I love you.

You are more than anything the world can conceivably throw at you, stronger than the words of toxic judgement that you have to endure everyday and no less a woman for choosing to finally putting a stop to it all.
You are.

Tanvi Mona Deshmukh is a writer and poetess from Pune, India, with an affinity for words and books, cats and coffee, Nepalese food and hippie music, and the color green.