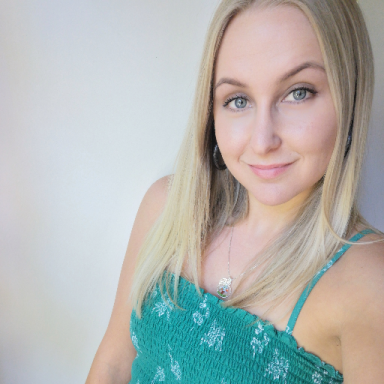 It felt as if my breath had been knocked out of my body as I sat there staring deeply into his dark brown eyes, my mind was racing as I was trying to make sense of what I had just heard. Suddenly it was like a blast of clarity as a quote by Maya Angelou echoed through my mind: “When someone shows you who they are, believe them the first time.”

I guess there were red flags from the very first date, but this time I was self-aware enough to actually pick them up. I caught them and I chose to give him the benefit of the doubt, but I promised myself that I wouldn’t forget them and that if he kept showing me that he was the person that I suspected him to be, I would bid him farewell and be off on my merry way, braver and stronger than I had been in the past.

Like most people, I have a bit of a shady history when it comes to the opposite sex. I will be the first to admit that I have overlooked, ignored, or been completely oblivious to the red flags in previous romantic entanglements. I used to be a person that I wasn’t very proud of, someone who was extremely insecure, and I suppose that I kind of relied on the attention and acceptance of others to build my self-worth. I would pretty much accept the shittiest of behavior out of fear of losing them.

This was a bad habit and pattern of behavior that I had formed with my previous relationship—I ignored every single red flag going into it because my ego had kicked in. I had convinced myself that he was worth every piece of effort, and I persevered until I finally wore him down. Needless to say, there were no changes in his behavior once we were finally a couple. The red flags turned into red billboards, and I ignored all of those as well. I chose to stick it out because my self-worth was so intricately balanced on the tightrope that was the relationship. The day that we ended things, it boiled down to all of those tiny red flags that I so conveniently ignored from day one.

Four years after the massive learning curve of a relationship, I sat there with the music of the club fading into the background as I stared into the eyes of a guy that I was so hopeful about. I was carefully trying to work out the right thing to say, but I was still at war with myself—one side blaming me for this, saying that I was being ridiculous and that it wasn’t a big deal. The other side was shouting as loud as it could. It was trying to remind me that I didn’t need this shit, that he was definitely not the person for me, and that he was showing me like a neon sign exactly who he was.

The truth is that I liked him; I liked him more than I thought that I could, and this was the first person in a really long time that I thought that there was hope with. I was so hopeful that this would lead somewhere, and as each red flag popped up (or in some cases, kept reappearing), I was hoping that I was wrong. I was hoping that this was all a misunderstanding, that we would sort it all out and continue building on what we had started, but the reality is that no matter how much I wanted to convince myself that I was wrong and that this was going to be different, the signs were all there, and I needed to do what was right for me. I needed to maintain my self-worth and self-love, and I needed to do the only right thing to do, which was to accept those red flags, believe him when he told me who he was, and walk the fuck away.

That quote was the bright sunbeam illuminating a clear fact of life that I already knew deep down inside. It was the message sitting in the forefront of my mind, forcing me to view the situation for what it was and not for how I wanted it to be.

I can’t even tell you the countless amount of times that I have convinced myself that something would be different when circumstances changed—maybe he would change his mind about not wanting to be in a relationship if I slept with him, maybe he would treat me better once we were officially together, maybe he would eventually come to realize I was exactly what he was looking for if I kept chasing after him, maybe he did really like me and the fact that he was telling me in a variety of different ways that I need to have sex with him in order for him remain interested was a misunderstanding. But the reality is that under no circumstances have the stories that I have convinced myself to believe ever worked out for my benefit. Those people never turned into the knight in shining armor that I was longing for, they didn’t suddenly change their minds. They didn’t change their behavior and give me everything I thought that they would. The only end result from me seeing things for how I wanted them to be instead of for how they were was that I ended up disappointed and hurt, I ended up with the tear-streaked cheeks, the puffy eyes, and the aching heart, wondering how I missed the signs that were written all over the wall from the very start.

I guess that what I have learned is that people have always shown me who they were. Every ending could have been predicted, but it was my choice to try and rewrite it. It was my choice to convince myself that time and circumstances would change things, but people seldom change, and if they do, it is because they want to, not because you want them to.

I realized within that moment that I respected and loved myself more than I had ever before, and that I wasn’t willing to hurt myself, accept less than what I deserved, or to compromise my values and my self-worth to try and rewrite an inevitable ending. I didn’t need to do that anymore. I had grown to a point where I could allow myself to be disappointed that this person that I had felt hopeful about was not the person I thought that he was. I could feel disappointed that this was just another unsuccessful love story, but I could feel so proud that I was able to see things for what they were, that I was able to maintain my worth, and that I was able to walk away knowing that this was a test passed, that this was just the closing of one door that could only lead to the opening of a new one.

If I have learned anything, it is to not ignore the red flags, the writing on the wall, and the clear smoke signaling danger—ignoring the signs or convincing yourself that things are different than what they actually are doesn’t change the reality of the situation. The only truth left is that when people show you who they are, you need to believe them the first time.

I'm just a girl in search of my Philosopher's Stone..