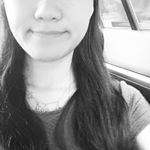 This is the story of how I led a guy on for two and a half years because I was too afraid to tell him I didn’t love him anymore.

I first met ‘Lucas’, as we shall call him, in school. We flirted, had fun talking and texting each other, and I could tell there was instant attraction between us. Less than six months later, we entered a relationship.

The first year was pure bliss, really. He treated me well – wined and dined me like any good guys should, bought me flowers and chocolates and gifts and remembered all the important dates. It was sweet and innocent and I was happy to just live in the moment.

But in the second year, the first time he asked me for a kiss and for sex, that was when it hit me: I didn’t want to, because I couldn’t imagine a future together with him. He was a great guy, and a great boyfriend, but I realized that there was nothing beyond the initial attraction we had. We had few common interests, which made for interesting enough conversation at the start but eventually petered out when we ran out of things to say. I appreciated humor in a relationship, but he was more of a sweet-but-serious type. I was fond of him in a good-friend, kid-brother kind of way, but I just didn’t love him.

My first thought was: Oh god. Then what do I do now?

Mind you, it was my first ever relationship, and I was at a complete loss. I wasn’t sure if this was normal, or whether I should tell him how I felt, or if I should just give it more time and wait and see. Eventually, I told him that we had only been dating for a year, after all, and I wasn’t ready yet. He backed off like a gentleman should and we continued our relationship.

But the damage was done, and I think that was the point that I started to falter. As time passed, I tried my hardest to feel it, to hold on to that spark that we had at the start, but it was long gone. Yet I was too afraid to hurt his feelings by telling him I didn’t love him. He had been nothing but nice and sweet to me, and I couldn’t bring myself to do it.

I broke up with him a week before our third Valentine’s day together. I found that I would not, could not look him in the eye on the most sacred day of love and tell him a complete, bald-faced lie.

And he was hurt. God was he hurt. He was bitter, and despairing, and asked repeatedly why he couldn’t be enough for me. It crushed my heart to see him like this, but I don’t think it could possibly compare to how I just crushed his. But there were no tears – those would come later – in that moment. Instead, all I felt was overwhelming relief. The guilt of having led him on for so long just because I didn’t have the guts to tell him the truth was like a weight lifted off my shoulders, and for a while, I could only breathe and marvel at how there was no longer a vice crushing my chest each time I looked at him.

The moral of the story is, before you enter a serious relationship with someone, ask yourself if you can see a future together with them. Don’t reach in too deep before you do because you’ll only cause the both of you unnecessary grief. I regret breaking his heart in this way more than he’ll ever know.

I love collecting rocks as souvenirs whenever I travel