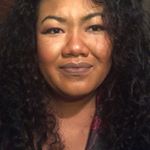 One day you’ll meet someone that just makes sense to you. You’ll find someone that thinks you’re funny even when you’ve said nothing at all. Someone who calls you just because. Someone who reminds you of being a kid, when you used to have rollerblades on your feet and a goofy grin from ear to ear at just the mention of snow or video games or strawberry shortcakes from the ice cream truck. You’ll hear that slightly out of tune jingle in your head every time that person texts you and, just like when you were a kid, you’ll go running toward them.

Someday you’re going to meet someone that isn’t threatened by you. Someone that won’t run away when you let them in. Someone who isn’t insecure and so afraid to lose you that they change who you actually are. You’re going to meet someone that loves you and would prefer to stay home with you and kiss every single stretch mark on your thighs or stare at every soft part of your body, wishing that you loved those parts as much as they did.

There’s going to be a day eventually when there’s someone who you want to call the moment you get good news, because until you’ve told them, it hasn’t even happened yet. You’ll have someone that you think about while you’re falling asleep, and you’ll wake up still thinking of them, hoping that they’re lying right next to you that morning and every morning after.

Someday you’ll meet someone who changes your mind about things you thought you were firm on. You’ll feel a oneness, a sameness, a unity, as though everything was being played in perfect tune to the humming of your weightless heart. You’ll find someone who will kiss each new line on your face as your years together go by.

Someday you’ll have that, and you won’t even care about all of the bumps and bruises you had to take to get there. Someday you’ll understand.

I have a portrait of Kanye West hanging in my house.