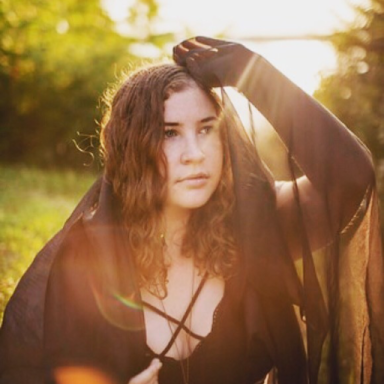 Society thinks it’s okay to tell survivors of sexual assault when and where it’s appropriate to talk about their story. I’ve been shut down time and time again by associates and close friends alike.

But the truth is, there is no good time or place to talk about it, and that’s why we must.

The most damaging aftermath after I was raped for the first time was the silence that I was forced into. Some may not have openly asked me to stop talking, but their body language was always uncomfortable, like they were scared to say the wrong thing. I was looked at as this fragile, scarred, thing, and honestly, I acted accordingly. My PTSD took over my life and everything was triggering. The more I hid it, the worse it got.

It took me months to tell a soul, and even then, I downplayed it and tried to protect the listener from my trauma. This is why sexual assault is so insidious. If a rapist can shame you into staying quiet, they get away with it and never change. If society can keep you quiet, they don’t have to think about the overwhelming issue we need to fix.

It is beyond damaging to take on the perspective that your story is a burden to listen to. We end up stuck with secrets and shame. That darkness is almost impossible to see through. However, honesty and courage to tell your story sets fire to the dark.

It took me years to come to terms with being date raped by my friend, and I still find it hard to say his name. That initial shame and fear stuck with me for so long. It was a cage I was willingly sitting in. The first time I opened the door was through poetry. I wrote a spoken word piece with no intentions of speaking it. But the simple act of releasing my story from the torture that was my brain made the pain lessen. It was like a small rip in a too-tight sweater. After the initial rip, the threading started to unravel. I slowly fleshed out what it meant to be a survivor and through sharing, I realized my new identity. I came to terms with the fact that it was now a part of me. I learned coping mechanisms for my PTSD and got my life back.

I found my voice.

Then I was raped for a second time. Just as I felt I’d recovered, my life was turned upside down all over again.

This time, it was quite a violent assault, and hiding it became impossible. I was covered in dirt and scratches and needed to go to the hospital on several occasions.

I told my family and friends openly. I talked to the police. I let everyone know it was okay to share my story if they felt the need.

And to my deep surprise, something amazing happened. I was told that I was strong. By wearing my perceived weakness on my sleeve, it suddenly became my strength. I think we all have a desire to live authentically as our true self, but few actually accomplish it. It was mind boggling to me that something so simple inspired those around me.

I got texts, calls, and messages showing support and love. So many survivors opened up to me about their own experiences. The looks of deep relief were indescribably beautiful. Some of these women hadn’t told a soul in over twenty years. I can’t imagine carrying that silence and pain around for so long.

Soon the word “strong” took on new meaning to me. Strength became raw vulnerability. It became soft voices with hard stories. It became scars and perseverance in the belief of goodness.

I can’t say it was easy to tell those I love how I had been violated and hurt. It killed me to see their pain, but pain does not belong to any one person. Pain is meant to be shared, just as joy is. We could not survive as humans if we had to do it all on our own.

I became a storyteller in every sense of the word. Through my story, others’ were unlocked as well. I truly believe a story can create a chain reaction. One person who finds courage can show other people how it’s done.

So no matter what your life experience is, I beg of you to share it. A voice is a precious thing. You must discover it, then hold onto it with everything you have.

This is my voice, and I hope to hear yours too someday.

Talia is a poet and author who performs in the Philadelphia area.