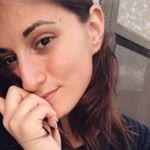 Trigger Warning: The following article discusses suicide and other instances that may be upsetting to some readers.

“Tell me a bit about yourself.”

Five years ago I would have told you I’m happy-go-lucky and always smiling, ready to please the person next to me. I would have said I love people and reading.

Five years on, I can be honest with you. I’m an over-thinker, an over-achiever, always looking to please the person next to me (before me). I have a love-hate relationship with most people, and I love reading.

“There are a lot of factors that can change a person.”

My dad has always said this, and somehow it’s been something for me to hold on to over the years. It’s not exactly a positive statement, but it became one for me. A mantra, of sorts, to explain how it was okay that I could no longer be the person I was before. How I had changed, and what had changed me.

I remember him telling me, “You have gone through something at 19 that some people will never go through in their entire lives, and that will now and forever set you apart from them.” I didn’t realize at the time how true those words were.

He was a couple of years above me in school and I’d been friends with his step-sisters. Our dads knew each other, and he felt like home. We fell in love. His parents loved me, and mine loved him (at least my mom did, my dad about as much as any dad can love his only daughter’s boyfriend).

I had always planned on traveling after high school, but my boyfriend had a stable job in our home town. He asked me to stay, told me to stay, threatened to leave me if I didn’t stay… So I stayed.

About a year and a half into our relationship, it came out that he had been flirting with another girl over social media. He would profess his love for her, and talk about how my relationship with him didn’t matter anymore. Needless to say, I was crushed. Mortified that I had canceled my dreams to stay with someone who didn’t love me as he’d said he did, I allowed myself to buy into this new dream a second time. He cried and begged, he pleaded with me to stay with him again and again I stayed.

6 more months down the line and new messages appeared. They came along with a new, controlling nature and incessant phone-calls at all hours of the day and night. He sought me out for comfort and I ended up getting a key to his house—he stayed in a small cottage around the back of his parents’ house.

Again, he asked me to stay, begged me to stay… I was having none of it until he got down on his knees and asked me for a week of my time. “One week,” he said, “Just one week for me to prove to you that I can make it all up to you, one week and I’ll show you that we’re meant to be. And after this week, if you still don’t think we should be together, I’ll let you go.” And I agreed.

A week later we sat in my car outside his house and cried. I told him that the messages between him and these girls had broken all trust I had in him, and the love wasn’t the same. He held my hand and told me that he would always be there for me, and my family. He said he would tell all our friends that it was his fault so nobody would think badly of me. Little did I know, he was implying something other than our break-up. We promised to stay in touch.

At 6 AM I woke up to a text message from him that had been sent an hour or so earlier, “Have you deleted my number already?”

I remember being confused, we had promised to stay in touch so why would he ask me that? I took a screenshot and sent it to my friend… And my phone blew up.

His oldest step-sister was sending text after text, telling me to call the house. I called, and she answered with,

To tell you I was thinking clearly enough at this time to recount everything that happened next I’d be lying.

All I know is that when I got to the house, his body was still there on the grass. I’ll never forget the clothes he wore, or the angle of his neck looking away from us as if he couldn’t bear to see our faces. I know that there was a funeral with a lot of photos of us, and I know that everyone still thought we were dating. Nobody knew we had broken up… And I couldn’t bear to tell them. There was no point to be made by telling anyone about the messages; how could I taint the reputation of a dead man?

I know that he left a note that I never read for me on a photo of us. I know that it was in English and his friends told me that meant it was for me; my first language and not his. I know that I got black-out drunk every night after that for months on end. I know that I kissed a new boy, and people shunned me. I know that his dad blames me for everything that went wrong.

But I know that my parents sent me to the States for a 3-month vacation, and I know that my aunt took me from upstate New York down to South Carolina to clear my head. I also know that one of my friends hopped on a plane as soon as she heard, while others wiped my tears.

I know that I have the most loving, supportive people in my life, who have held my hands through everything. And I know (now) that none of this was my fault.

I went through something at 19 that most people will never go through in their entire lives. This set me apart from a lot of people, and only 5 years on do I have the courage to put that on paper. 5 years on and I can see how it has pushed me away from so many people. But 5 years on, I am so grateful for the people it pushed me close to.

Some people in this world carry a darkness inside them. Some live with this darkness, and some are consumed by it.

The culture of blame within teen relationships is so strong and so toxic that my 18-year-old self did not realize that my boyfriend wasn’t supposed to threaten to kill himself when I tried to break up with him. “This was normal,” I told myself. “This happened to my friends’ friend when she had tried to break up with her boyfriend, but they’d worked everything out now so it was okay.”

If I had left him that first night when he had said that to me, and he had killed himself then, would I have felt more or less guilty than I did the time he actually did it? When we parted ways in tears, with love between us in the front seat of my car. Who is to know…

My boyfriend killed himself because our society does not create a safe space for young men to speak about their feelings and receive the help they need.

It has taken me years of ups and downs to be able to put these thoughts on paper, and I only do this with the hopes of helping someone else who thinks their situation is normal when it really isn’t normal at all.

Threatening to kill yourself when someone tries to break up with you is not a normal reaction and should never be normalized. It is okay to ask for help; I wish I had been brave enough to do so.

I wouldn’t wish what I have been through on anybody else. I am not grateful for the experience it offered me to grow and change, although I am grateful for the growth and change. There are people who still blame me, I’m sure, and if blaming me is what allows them to get through this tragedy then I’ll have them blame me until the end.

I’ve left out the names of those involved in order to respect their privacy.

If you or somebody close to you is feeling suicidal or making suicidal threats please seek help. The United States National Suicide Prevention Lifeline is 1-800-273-8255

My friends say "extra" while I say "passionate".